In the Harry Potter universe, Harry Potter and Newt Scamander’s relationships with other characters have often saved them from trouble. Much of the films’ themes are based on the fact that relying on family and friends is fundamental. Outside of the fantasy world we see on the big screen, the actors also have excellent partners in the real world with whom they share other types of adventures.

Bright Side selected 10 love stories of actors that portrayed some of the most beloved characters of the magical franchise that has captivated us in recent years. 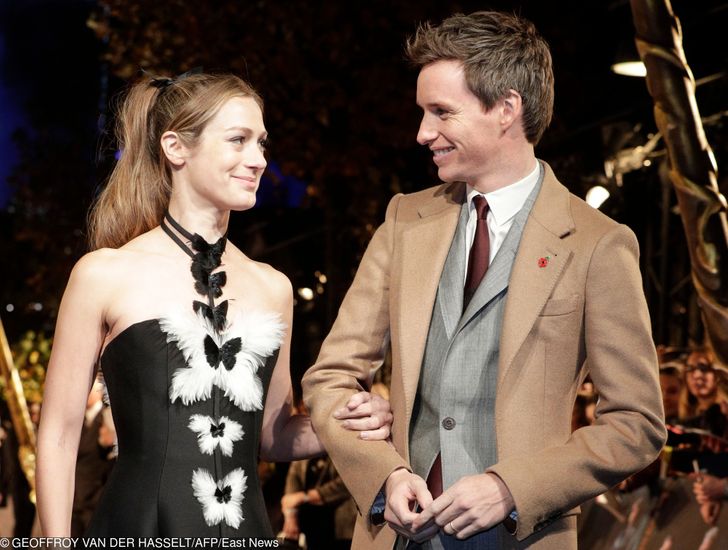 Many consider Eddie Redmayne to be the only actor that could have ever portrayed Newt Scamander. Introduced in the second saga of the Harry Potter universe, Redmayne managed to capture the hearts of many women. Unfortunately for his fans, this talented actor had already found his other half. On December 15, 2014, Hannah Bagshawe and Redmayne decided to get married after being in a relationship for several years. They have 2 children: Iris Mary Redmayne (born in 2016) and Luke Richard Bagshawe (born in 2018). Bagshawe is Redmayne’s faithful companion on each red carpet and the one in charge when it comes to helping him choose all his clothes since the actor is colorblind.

Warwick Davis is the actor responsible for playing not just 1, but 2 characters in the Harry Potter franchise. His favorite line from all the films is “wingardium leviosa” which is a spell that can elevate objects. In the movie, the wizard manages to raise a feather magically. In real life, what was raised was Warwick’s heartbeat the day he met his wife, Samantha Davis. Their relationship began during the filming of Willow (1988) where Samantha Davis worked as an extra. They got married in 1991 and had 4 children, although sadly, only 2 survived to adulthood. 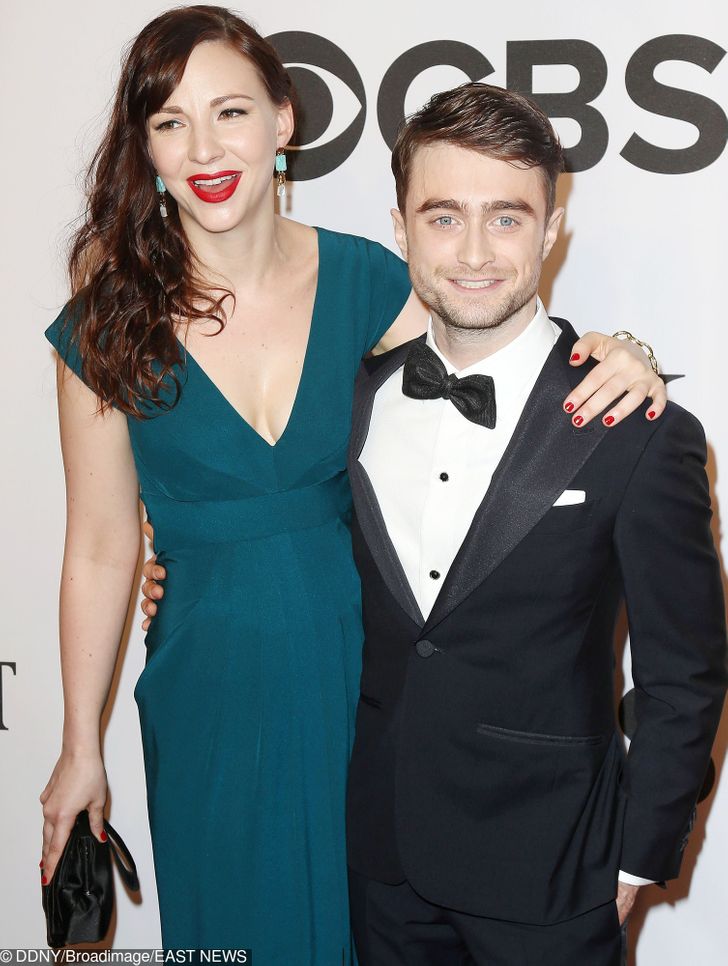 Daniel Radcliffe was still a kid when he decided to portray Harry Potter. Since then, he has become a grown up and has even found love! Radcliffe’s “Ginny Weasley” is Erin Darke, the actress famous for playing Cindy Reston on the show, Good Girls Revolt. Both actors starred in the movie, Kill Your Darlings from 2013 which is where they first met and they’ve been together ever since. Although rumors of an engagement have begun to spread, the actress’s father denies the claims.

The love story between Matthew Lewis and Angela Jones is among the most inspiring lucky coincidences in life. They both met at the Harry Potter theme park in January 2016 where Jones was working as an event assistant. At the end of the year, Lewis asked Jones to marry him on a trip to Paris. 2 years later, at the end of May 2018, the couple exchanged vows in Italy. After that, they moved to Los Angeles where they live today, sharing their house with 2 dogs. 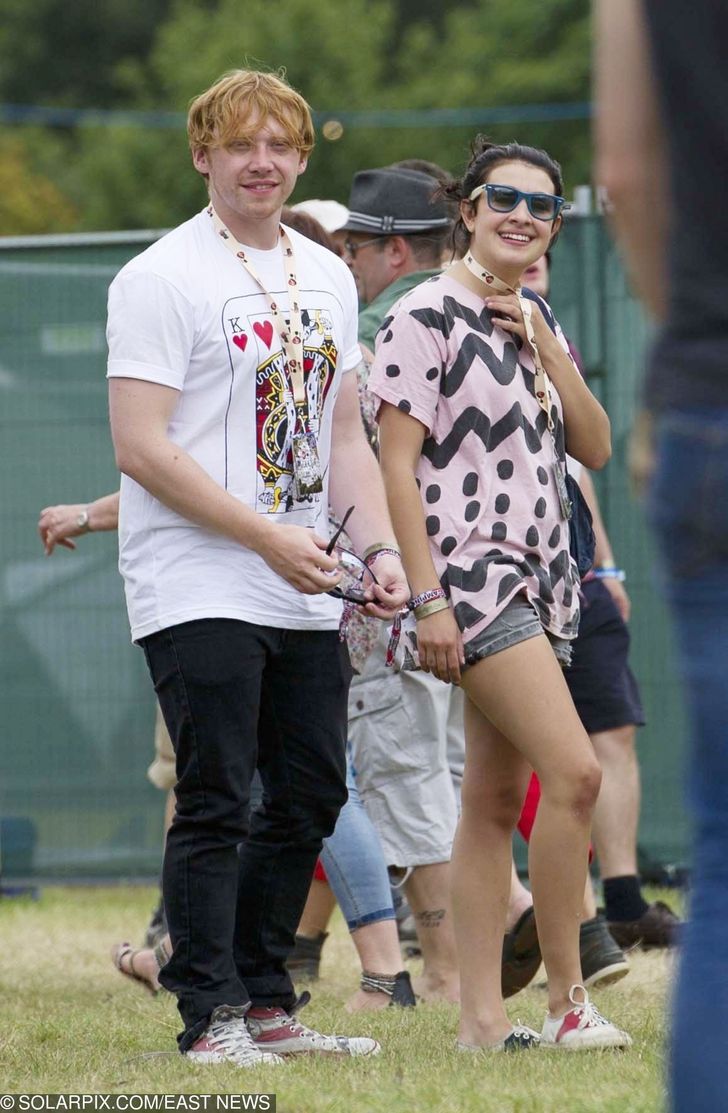 For many, the news that Rupert Grint hadn’t been single since 2011 was the biggest surprise of 2018. The actor’s girlfriend is Georgia Groome, an actress known for playing Georgia Nicolson, the lead role in Angus, Thongs, and Perfect Snogging. Fans found out about the relationship from someone who tweeted that she had just realized the couple had been together for 7 years. Needless to say, her tweet went viral.

For much of 2018, Zoë Kravitz, who plays Leta Lestrange in the latest Fantastic Beasts film, was silent about her love life until she confirmed in an interview with Rolling Stone that she had been engaged to actor Karl Glusman since February 2018. The engagement took place in Paris. It was supposed to happen in the city but due to their busy schedules, Glusman ended up proposing at home. They were in sweatpants but it didn’t matter, she loved it! The relationship began in 2016 when they were introduced by a mutual friend. They got married in 2019.

David Tennant may have played a lonesome Death Eater in the Harry Potter films, but in real life, the actor isn’t lonely at all. His wife is actress, Georgia Moffett. They met while filming the show Doctor Who and on December 30, 2011, the couple got married. They have 4 children: Ty (Georgia’s son adopted by Tennant in 2011), Olive (born on March 29, 2011), Wilfred (born on May 2, 2013) and Doris, whose birth the couple announced in an interview on November 2015.

Afshan Azad played one of the Patil twins from the fourth Harry Potter movie. The most important scenes she played were those of the Christmas ball in Harry Potter and the Goblet of Fire, where she was accompanied by Ron Weasley. In real life, the man who asked for her hand in marriage was Nabil Kazi. Azad married Kazi on August 19, 2018. Some actors and former cast members attended the ceremony, including Bonnie Wright (who played Ginny Weasley) and Katie Leung (who played Cho Chang).

Sirius Black is one of the Harry Potter franchise’s most beloved characters. The actor who portrayed Sirius on the big screen is Gary Oldman. Oldman has been married for almost 2 years to Gisèle Schmidt, an art curator. However, this was not the actor’s first marriage. He has gone through 4 divorces from actresses like Uma Thurman and Lesley Manville. 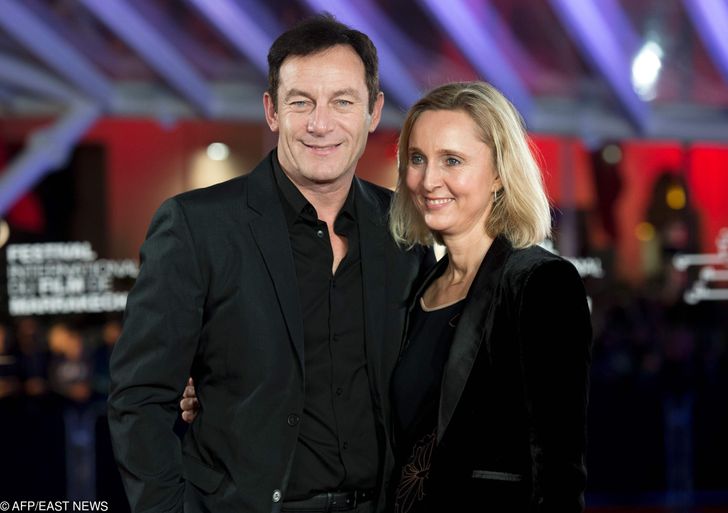 Unlike Gary Oldman, Jason Isaacs has been together with only one woman: Emma Hewitt, a documentary filmmaker from the BBC. The couple has been living together since 1988 and together they have 2 daughters, 16-year-old Lily and 13-year-old Ruby. Although in the films his character is one of the cruelest, in real life, the actor says he’s the opposite of Lucius Malfoy.

What is your favorite character from the Harry Potter universe? Did you already know who their partners were? Tell us in the comments!