13 Movie Posters With Photoshop Fails That Are So Ridiculous, They Went Viral

Not many people pay attention to movie posters and that’s exactly where the most illogical and bizarre things can be found. Scroll down and you’ll know why the city that has its own superhero has the highest crime rate and what enchantment they didn’t show you in the movies about Harry Potter.

Bright Side hopes that this article will improve your mood. However, don’t blame the people who created the posters in the first place as there are only a few who can stand the test of a deadline. 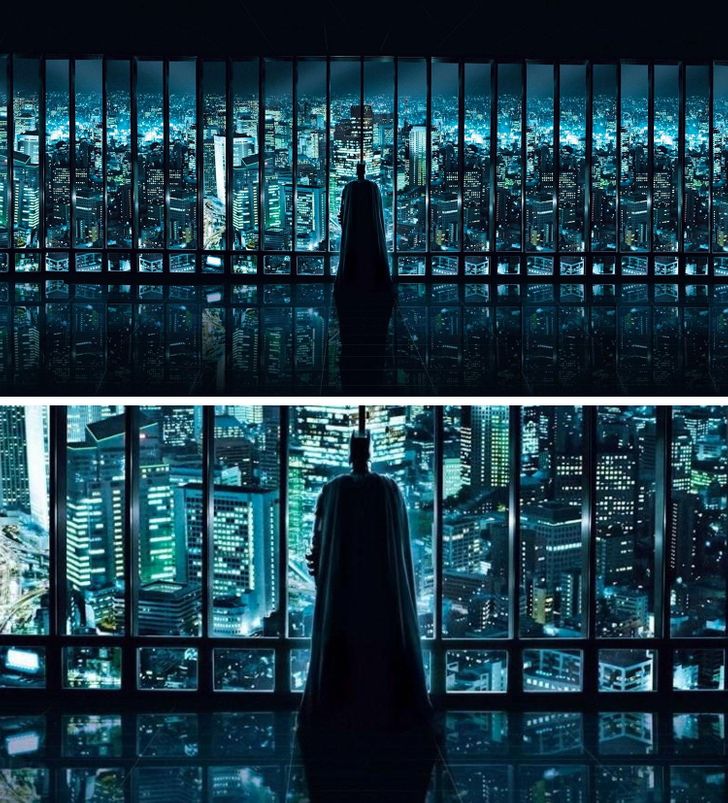 If you ever wondered why the city with its own superhero has such a high crime rate and new villains appear every day, we’ve got the answer for you. Carefully look at The Dark Knight poster: Batman isn’t able to see all the crimes because he’s basically looking at the window frame.

Harry Potter and the Deathly Hallows: Part I 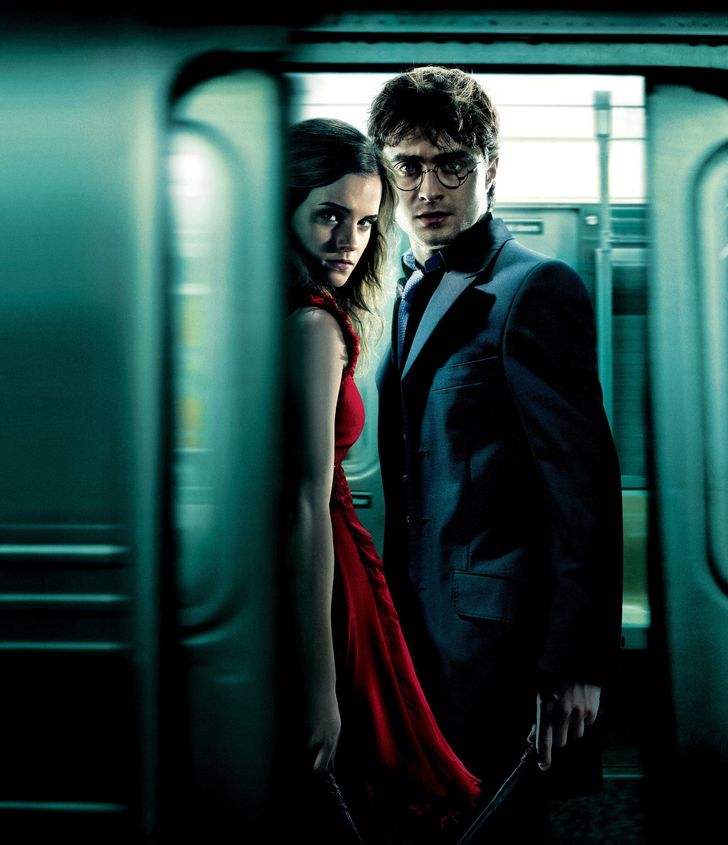 An enchantment that Austrian physicist Erwin Schroedinger would definitely appreciate. Harry (take a look at his head) is simultaneously in the subway car and outside of it. As it turns out, the ability to be in two places at once isn’t connected to quantum mechanics but to pure Hogwarts magic. 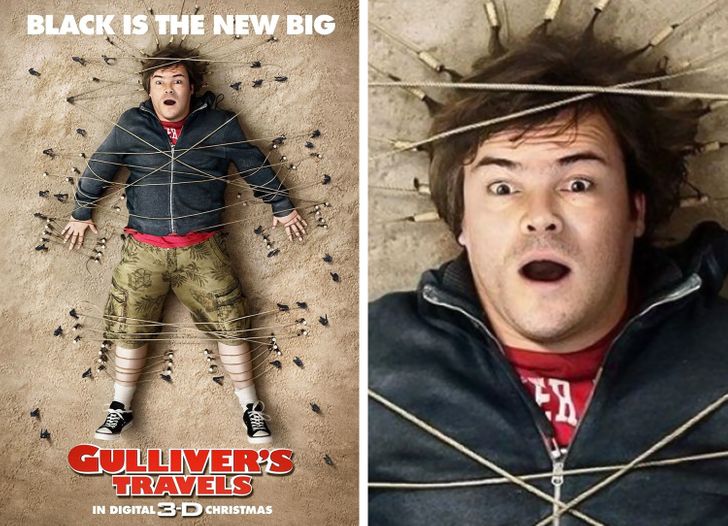 Jack Black looks really shocked that dozens of little men tied him up and also about the fact the all his teeth are missing. We don’t have a single idea of how to explain it and it’s really hard to understand why the Photoshop specialist decided to “remove” all of Black’s teeth and tongue. 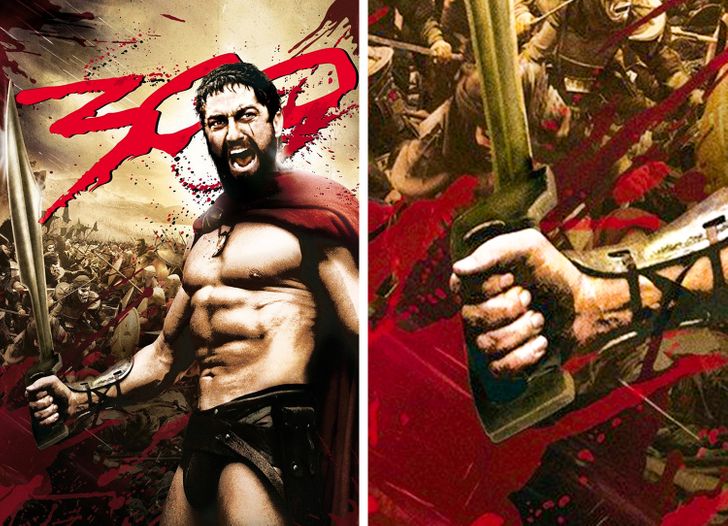 King Leonidas was definitely going to fight using a spear but some kind of misunderstanding took place and a sword was placed in his hand instead. 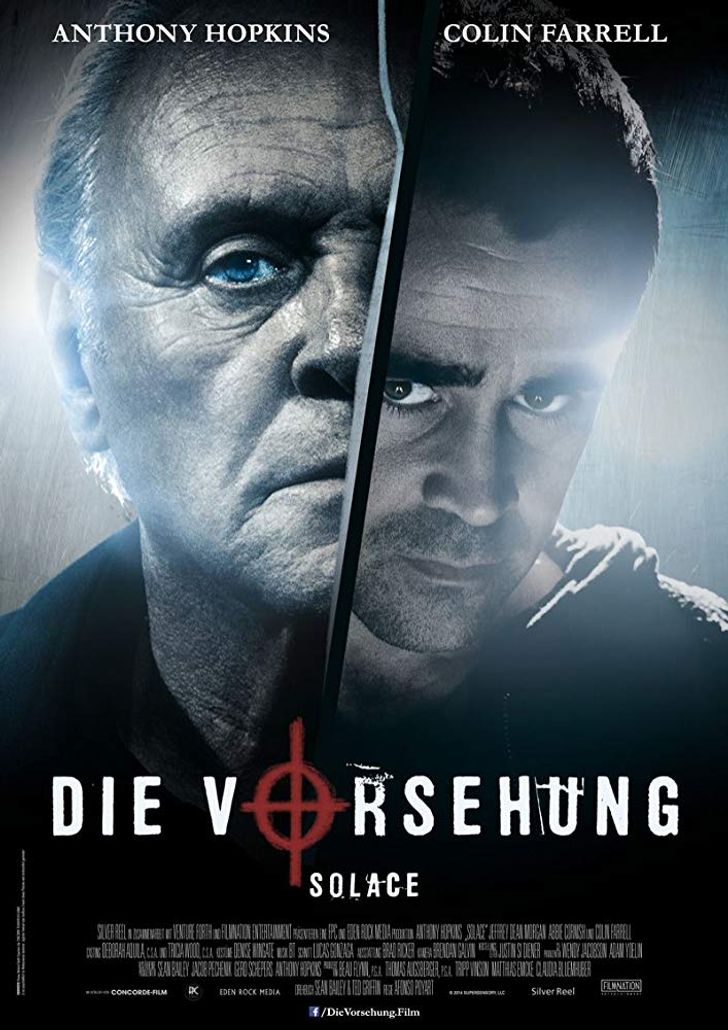 If you take a careful look at Colin Farell’s head, you’ll see that the attempts to make it as big as Anthony Hopkins’ didn’t end well. The head’s proportions were ruined: the hair area was stretched too much and the forehead size would make Megamind the unluckiest villain in the world jealous. 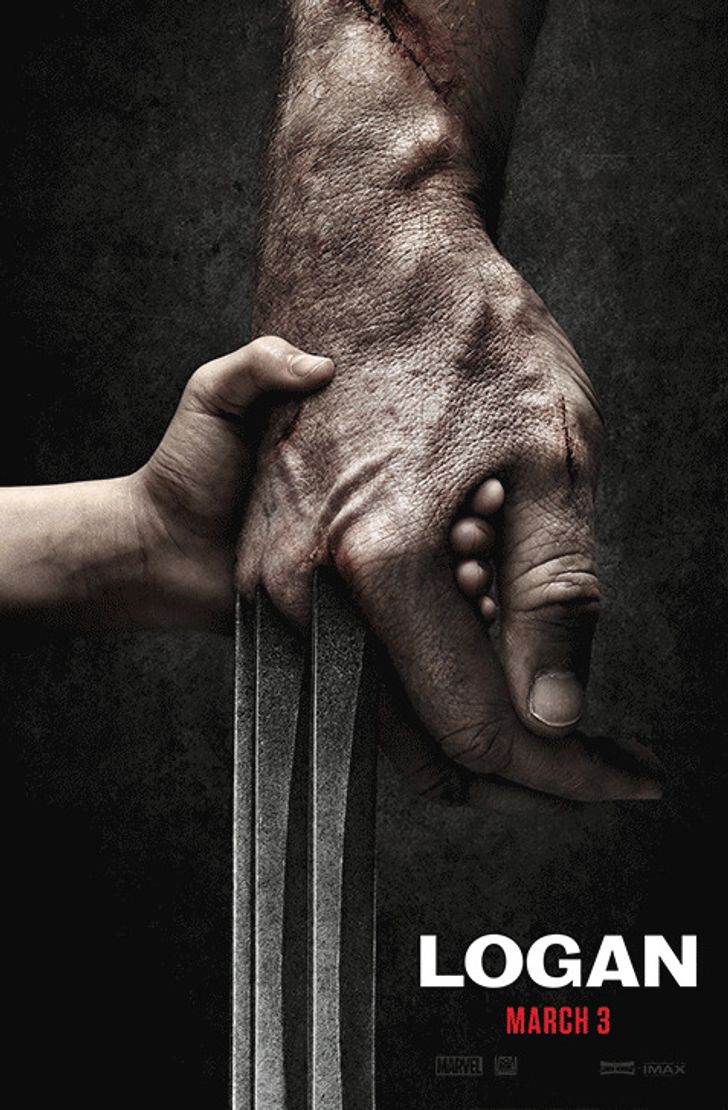 Logan is a movie about well-known Wolverine and 11-year-old mutant Lora. Hugh Jackman’s hand looks pretty big compared to the hand of the young actress. The image arouses the following questions: could a child have such long fingers and why is the girl’s hand so small? 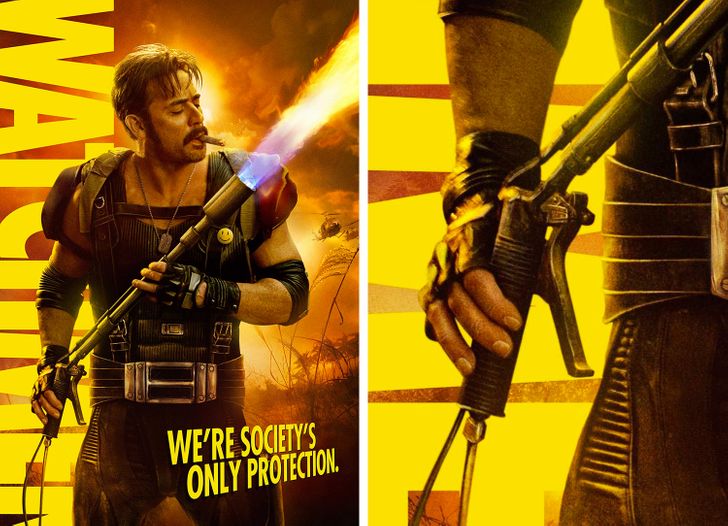 The Comedian is a character that combines many contradictions but there are things that even he would consider illogical. Take a look at his right hand: when you try to get some light from a flamethrower, you’ve got to at least push the trigger mechanism. It’s another kind of magic that even Hogwarts doesn’t know of. 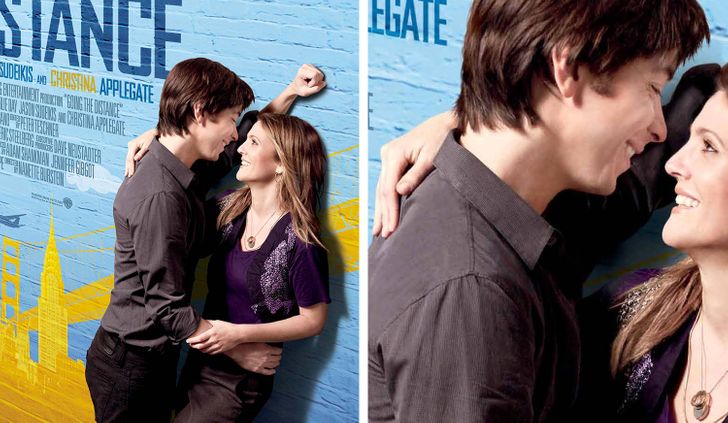 Drew Barrymore is hugging her film partner in such a sweet manner... Wait a second, how is that possible? Look at her hand. There are only 2 options: the actress has a really short shoulder or the actors were hugging in a different manner and the Photoshop specialist forgot to retouch her hand in the final version of the movie poster. 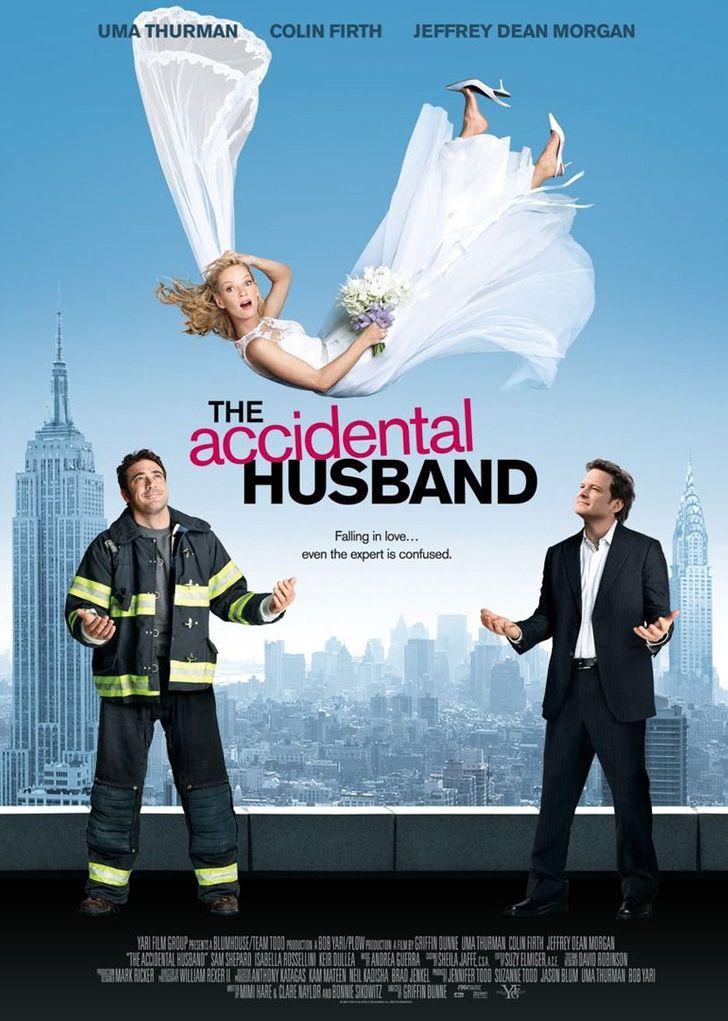 According to the movie plot, a fireman and a man in a suit fell in love with Emma Lloyd (played by Uma Thurman). However, doesn’t it look weird to you that the position both men take in the movie poster doesn’t seem to be convenient to actually catch the woman? Well, probably, their feelings aren’t that strong after all — they’re smiling carelessly and don’t even think about Emma.

Over Her Dead Body 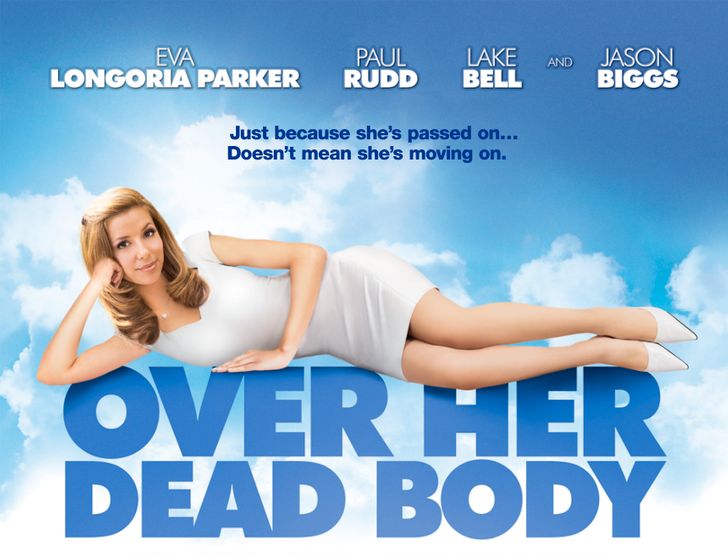 We wonder if this movie poster was a last minute creation or is it some kind of revenge on Eva Longoria? Take a look yourself: the actress has definitely got someone else’s body glued to her head, someone removed the knees, and made the arms pretty long, especially the right one. 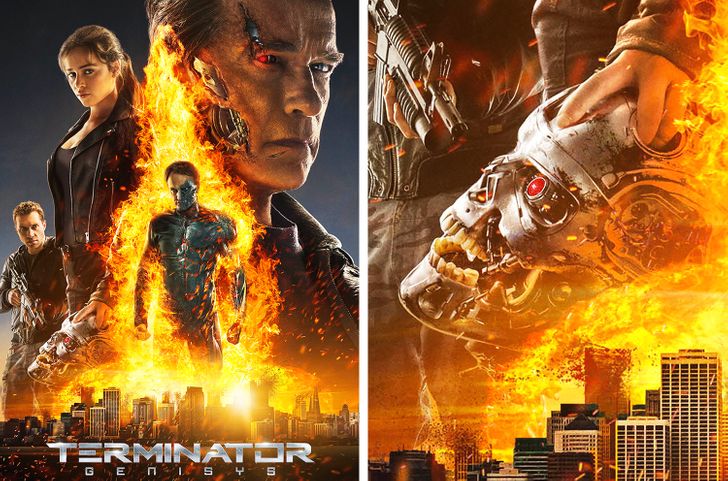 There’s only one question about the skull Sarah Connor (Emilia Clarke) is holding in her hand: why does the Terminator have real human teeth that don’t even look fake? He’s not RoboCop, after all. 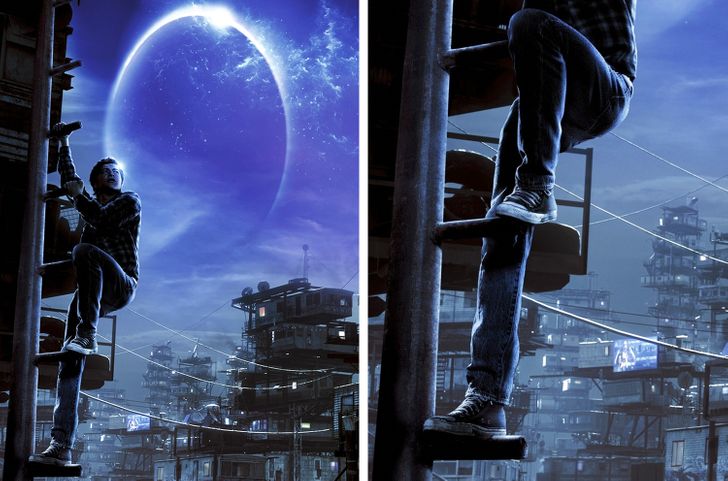 Yekaterina Lisina has the longest legs in the world. With a height of 6’7″ ft, her legs are almost 4.36 ft. But even she would be green with jealousy if she saw the character of Ready Player One. The legs in this poster are no less than 6 ft long.

Beauty and the Beast 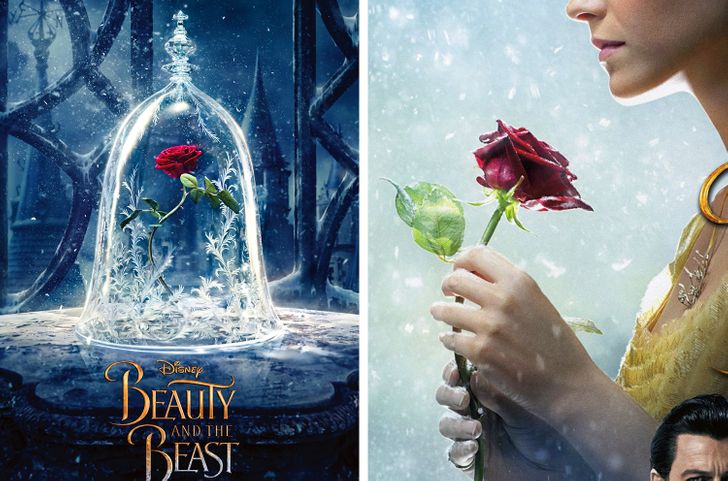 Flower enthusiasts noticed a small mismatch in the Beauty and the Beast movie poster. Most likely, the men responsible for the props didn’t want the actress’ fingers to get hurt or it’s just a Photoshop error. Anyway, a rose with no thorns looks really weird.

Have you ever noticed mistakes made by Photoshop specialists on movie posters? Share your thoughts with us in the comments.