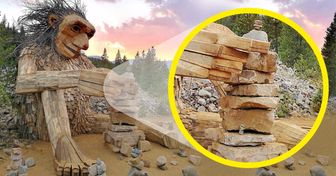 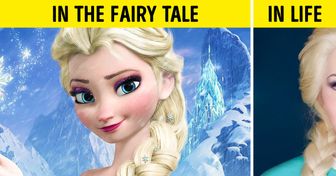 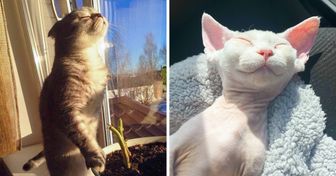 14 Celebrity Couples That Make Us Believe in True Love

True love is a rarity, especially in the showbiz world. Couples come and go so fast it’s impossible to keep track of who’s dating who nowadays. But some of them stay together for a lifetime, raising children, discovering the world, and growing old together, and it’s incredibly inspirational.

Today, here at Bright Side we have compiled a list of 14 amazing celebrity couples that prove that true love does exist.

1. Will Smith and Jada Pinkett Smith 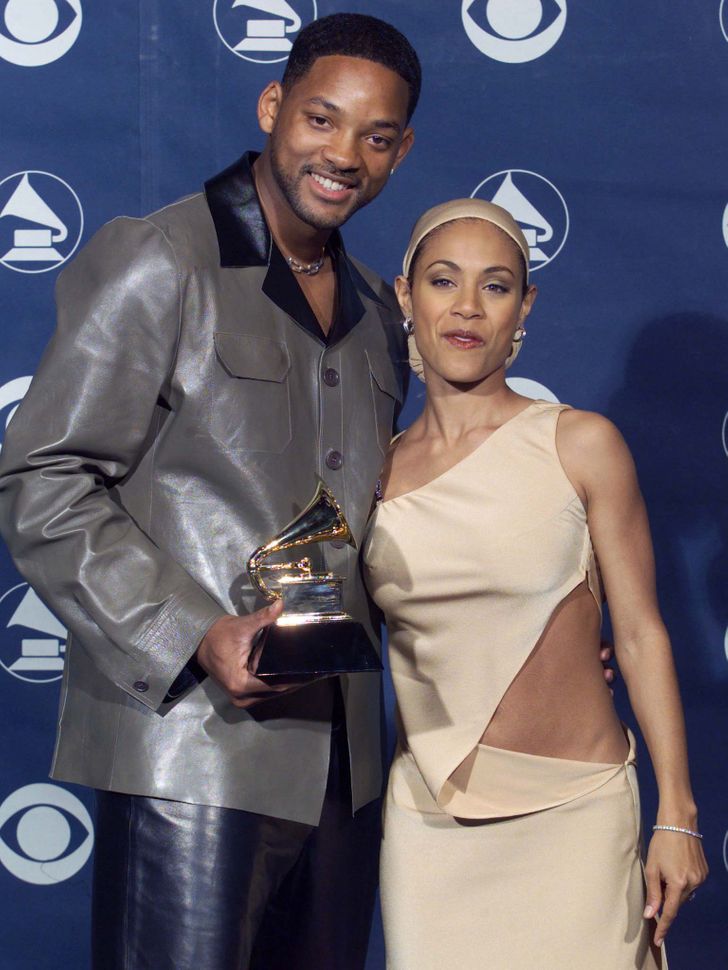 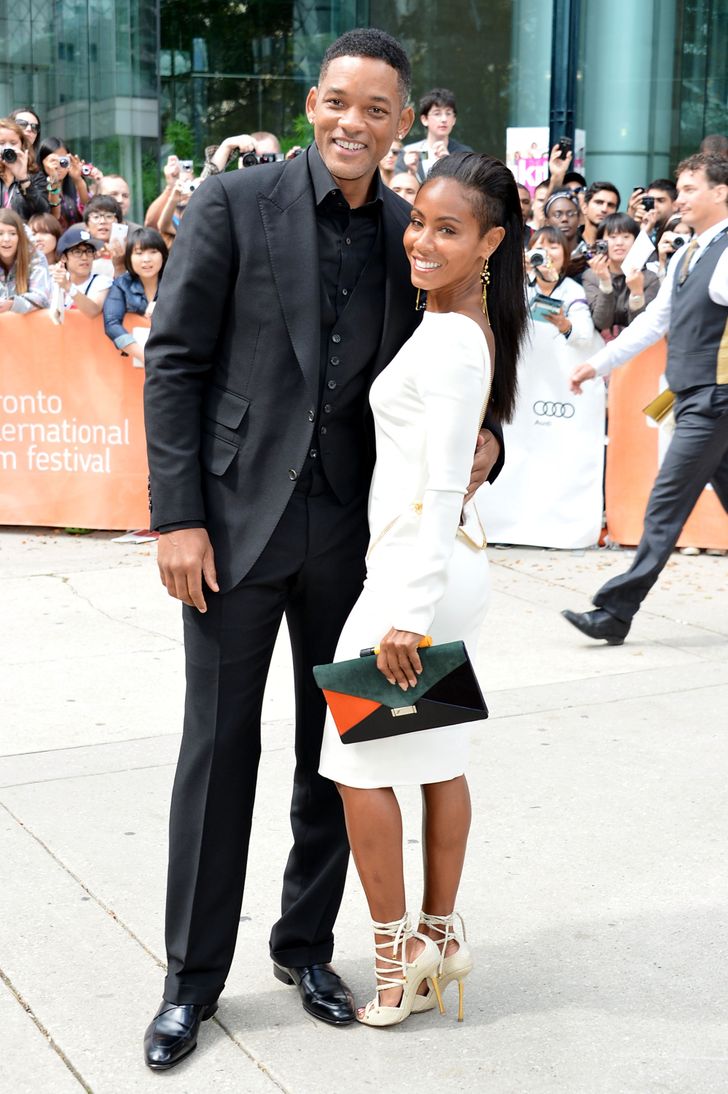 They have been together for a total of 23 years and have managed to keep their personal life private, despite the huge amount of gossip surrounding them. They also have 2 children Jaden (20) and Willow (18), who also appear often on red carpet with them, which makes them one of the most famous Hollywood families.

For over 30 years Oprah and Stedman Graham have been one of Hollywood's favorite couples, even though they aren’t married - the couple has been together since 1986 (they were engaged in 1992 though), which proves that true love doesn`t need to be validated with a piece of paper. The photo above pictures them in 1995, after almost a decade of being together.

The 62-year-old actors, Tom and Rita, make up one of the filmmaking industry's most beloved couples. Their love story began on the set of the ABC TV series, Bosom Buddies, in 1981.The photo above was taken in the 80s when they were just colleagues.

In 1988 the happy couple tied the knot and more then 30 years later, they're still in love and support each other, both in front of the camera and off-screen. The picture above was taken in 1999, 11 years after they got married.

This couple met on the set of Legend’s 2007 music video “Stereo,” where Teigen had a part as the star and they have been together for more than a decade since then. The picture above was taken at the Grammys in 2008, their first public appearance as a couple. As Chrissy said in an interview, they broke up for one day though, and it was a big mistake, so they never separated again. Legend and Teigen got married in 2013 and now have 2 children - daughter Luna and son Miles.

The reason why this couple has so many followers is that they are never shy about sharing their most supportive and loving moments online, so #RelationshipGoals for sure! 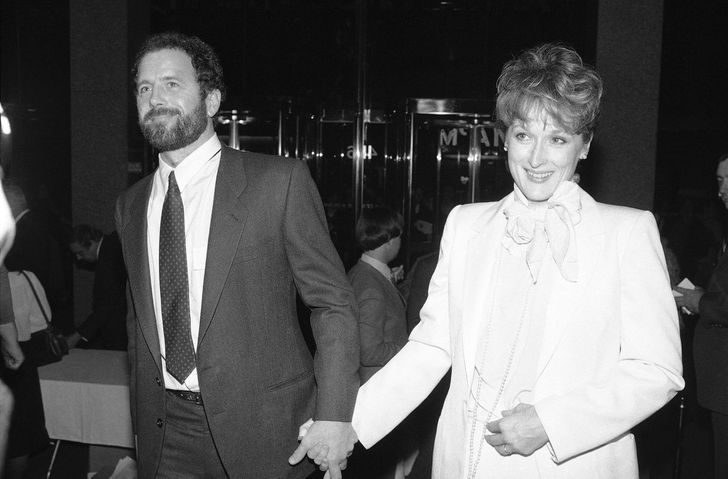 The 70-year-old 3-time Oscar winner Meryl Streep married the love of her life, sculptor Don Gummer, 72, over 40 years ago. In 1978, after only 6 months of knowing each other, the couple got married in Meryl`s parent’s backyard garden. The photo above was taken in 1982 at a party for the film Sophie's Choice.

Friends and family were pretty skeptical about their marriage, but more than 40 years later, the couple is more in love than ever. And they also have 4 children: one son and 3 daughters. 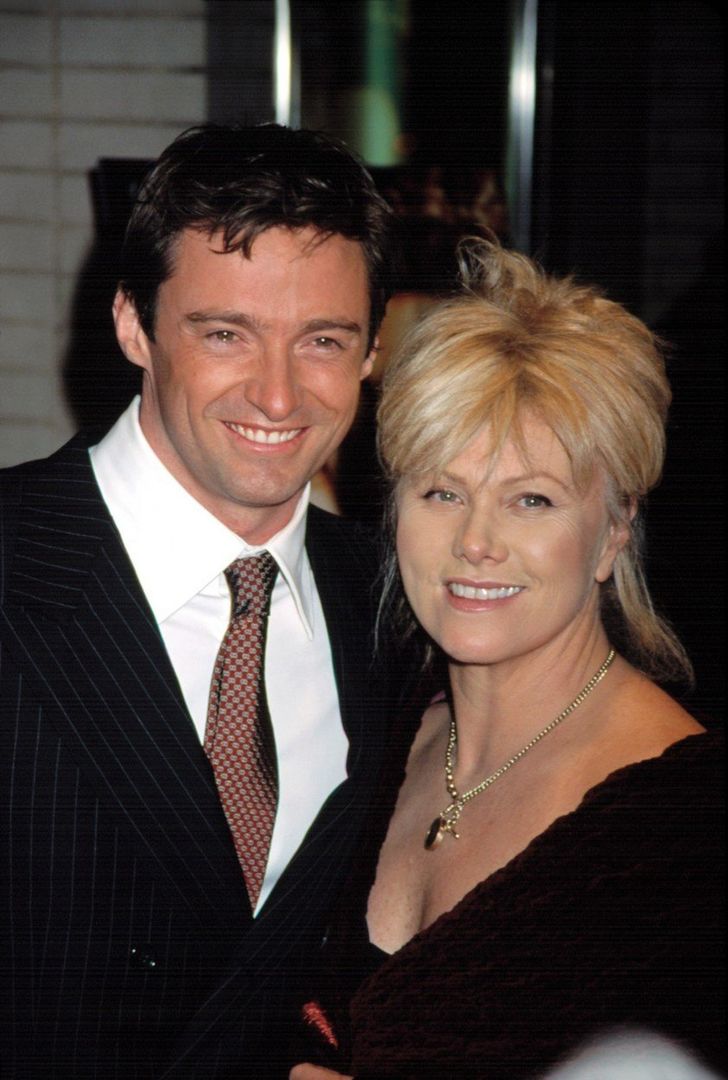 Hugh Jackman and his wife, Deborra-Lee Furness, have been together for nearly 23 years — and they're still one of the most inspirational couples in Hollywood. They met on the set of Correlli, a TV series in 1995 and tied the knot less than a year later in 1996. They have been together ever since. The photo above pictures them in 2001, 5 years after they got married. Along the way, they’ve adopted 2 children — Oscar Maximilian and Ava Eliot — and watched Jackman’s career take flight.

In the beginning of their relationship, the couple reached agreements to keep it strong - to not spend more than 2 weeks apart and to not work at the same time if they didn't have to financially and to always be there to support each other, shared Hugh in an interview. So they have maintained that for 23 years so far!

British actress Emily Blunt and American actor and filmmaker John Krasinski make one of the cutest celebrity couples in Hollywood. Both talented and award-winning actors, they have enjoyed more than a decade of living together. The photo above pictures them in February 2010, less than 6 months before their wedding.

They were introduced to each other by a mutual friend back in 2008. Krasinski shared on The Ellen Show that he was not ready for a relationship at the time, but then he met Emily and fell in love with her immediately. John and Emily got married in 2010 and now they have 2 daughters and a home in Brooklyn.

Despite their age difference of 7 years, the Australian star Chris Hemsworth (35) and Spanish actress Elsa Pataky (42) have formed one of Hollywood's most enduring and adorable romances - the couple met in early 2010 and just 3 months later they got married. The picture above was taken in 2011, less than 6 months after their wedding.

Chris noted in an interview in 2015 that Elsa`s passionate attitude toward life makes him try to keep up with her and he likes it. Now they have a nearly decade-long love story and 3 children.

Matt Damon met his wife Luciana Barroso in a bar in Miami where he was filming the comedy Stuck On You in 2003. Lucy already had a 4-year-old daughter from her first marriage, which didn't stop Matt - he proposed to her in 2005 and the couple got married the same year. The photo above was taken in 2005, right before their wedding.

Matt and Lucy have been together for more than 13 years and now they have another 3 daughters together – Gia, Isabella, and Stella. When asked what the secret to a successful marriage was, Lucy said in an interview that they both don't take each other for granted.

The famous Spice Girls singer and the soccer superstar met in the Manchester United players’ lounge in 1997 and this “whirlwind romance” ended up as a marriage in 1999, and now more than 20 years of living together. Victoria and David have been together for more than 21 years now and have 4 children. The picture above was taken in 1999, less than 6 months before their wedding.

At the start of 2017, the couple also renewed their wedding vows. Speaking on the Today Show, Victoria said of her partner: "He's my soulmate. He's the most incredible husband. We complement each other. He inspires me every day, with the children, with the way he treats me; it just works. We are lucky to have each other."

Freddie and Sarah met while filming I Know What You Did Last Summer in 1997. The couple got married in 2002 and have been together ever since - for 16 years. The photo above shows them when they were just dating.

In 2016, Gellar told People magazine that the secret to her successful marriage is to pay attention to your partner. Michelle shared a little advice on relationships and that was to spend more time with your partner - have a cup of coffee or walk the dog together. 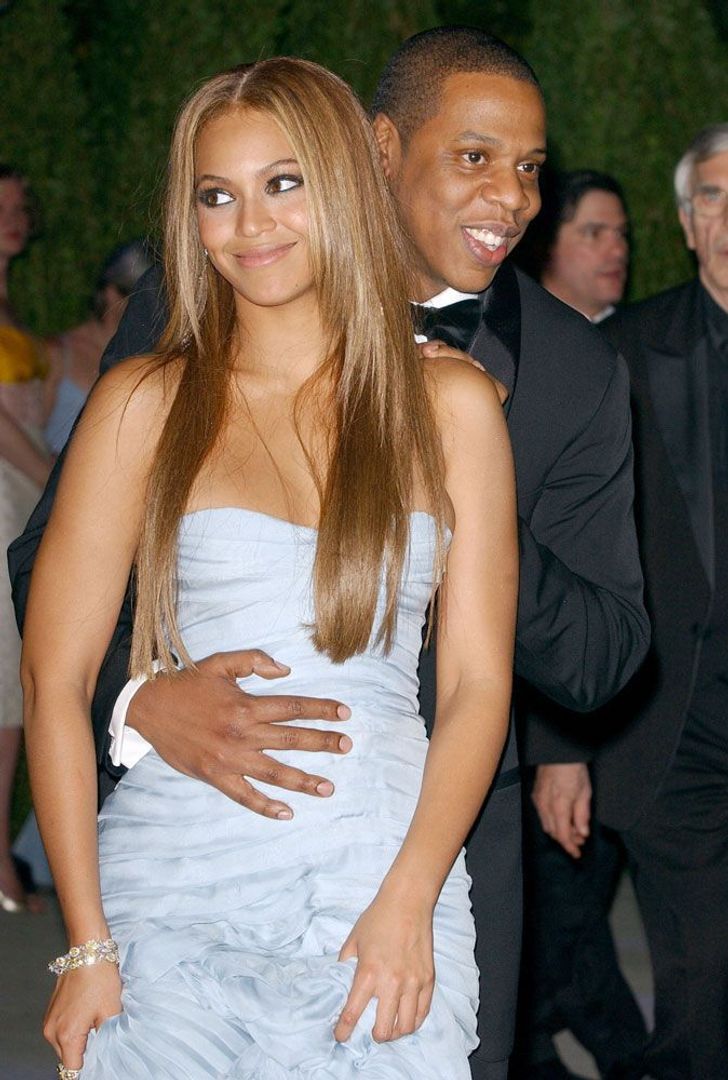 You might have not known that Beyoncé was only 20 when they started dating, and Jay-Z was 32. People say age is just a number and in this case it's definitely true - today Beyoncé is 37 and Jay-Z is 49. The picture above was taken in 2005, a couple of years before their wedding. 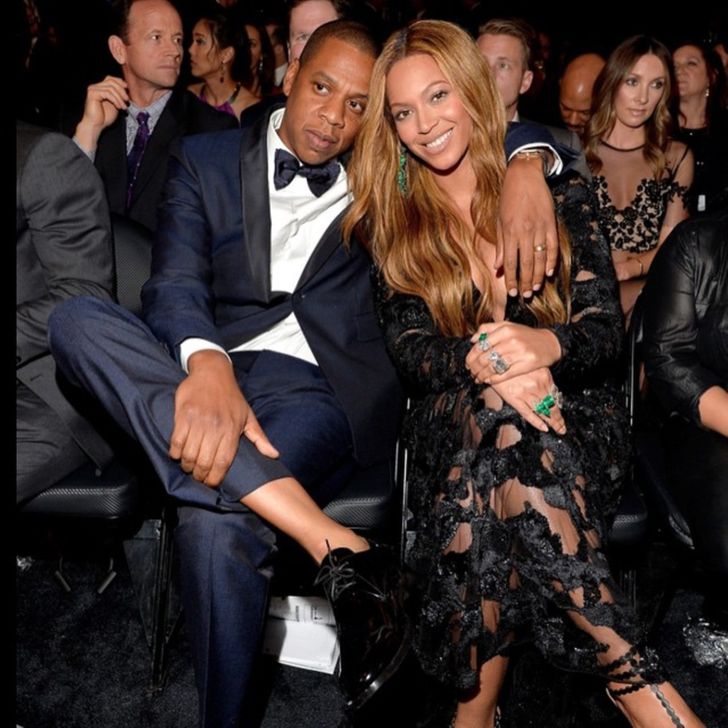 Since the very beginning they kept their relationship a secret - they got married in 2008, and despite the rumors of a break-up and the release of Beyoncé's provocative album “Lemonade” with lyrics hinting at infidelity and a marriage in crisis, the couple seems to be tighter than ever. Jay and Beyoncé have been together for more than 18 years now and have 3 children - daughter Blue Ivy (7) and twins Rumi and Sir Carter (2).

Movie star Robert Downey Jr. and his wife Susan Levin, who happens to be a Hollywood producer, are one of Hollywood's favorite longest-lasting couples. They met on the set of the thriller Gothika in 2003 and started dating almost immediately, despite the ongoing divorce process with Robert`s first wife. Since then they have been together for 16 years. The photo above shows the newlyweds in 2005, a couple of months after their wedding.

Robert once shared his thoughts on The Oprah Winfrey Show in 2004 and said that Susan feels like a best friend to him. Meanwhile, Susan says that she is never bored with Robert.

The couple met at a beach party in Mexico in 1994. Since then they have been inseparable for 25 years, even though it took them 7 years to get married, in 2001 - the picture of their wedding is displayed above.

The couple has 2 children together. The actor has also previously spoken about the pain of losing his first wife (1991), and their daughter Charlotte (2013) to cancer, both were in their early 40s when they died. "I suppose Keely is my North Star, always looking out for me," the actor revealed in 2013.

They've managed to keep their union private through the years, occasionally treating their followers with an adorable picture on social media.

Are you aware of any other celebrity couples who could be included on this list? We would be glad to hear from you in the comments!