They dream big and they don’t let limitations get in their way. They are true Hollywood celebrities thanks to their talent and their enormous virtue of not giving up. They have starred in films and have undertaken solidarity projects, showing us that being a star is not a matter of centimeters, but of charisma.

Here, at Bright Side, we are delighted to share their success stories in the film industry with our readers. 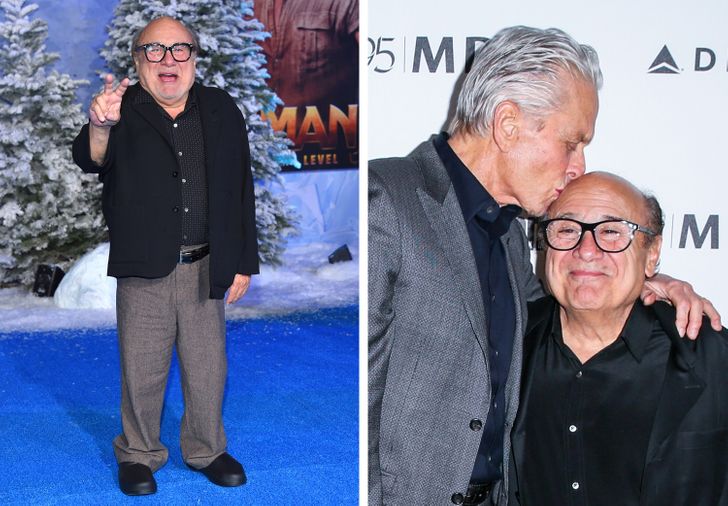 His short stature, due to a rare genetic disorder, did not prevent him from chasing his dream. He went to acting school in New York in the 60s, where he struck up a great friendship with Michael Douglas which continues through today. Danny DeVito has participated in dozens of movies and series since the 70s. As a great recognition of his career, in 2011, DeVito received a star on the Hollywood Walk of Fame. 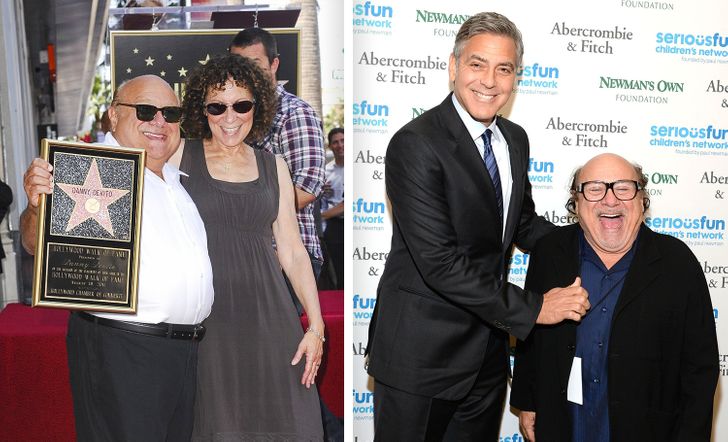 He’s not only developed a career as an actor, but also has become a major film and television producer, and continues to grow in his prolific career. Without going further, his last film appearance was in Dumbo in 2019. He’s married to actress Rhea Perlman, whom he met in the series Taxi and with whom he has 3 children and a lovely story of endless love. 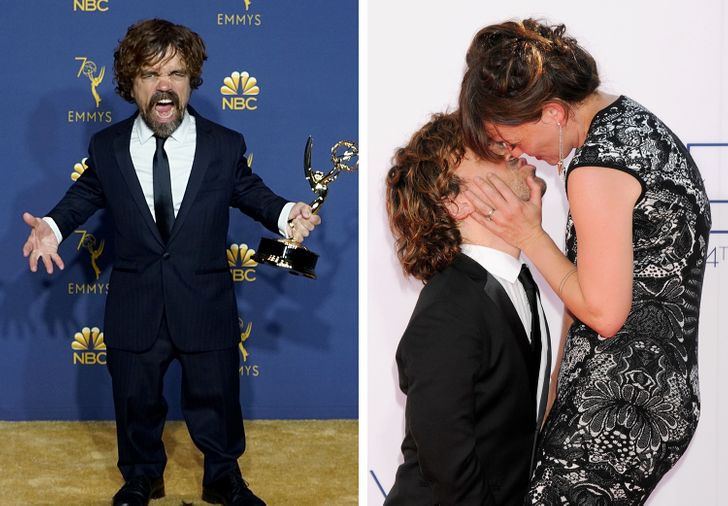 He was born with achondroplasia, a common form of dwarfism. A desire to act ran through his veins since childhood, as Dinklage and his brother performed puppet musicals for people in their neighborhood. He struggled to find work as an actor, partially because he refused to take the roles typically offered to actors with his condition, such as “elves or leprechauns.” 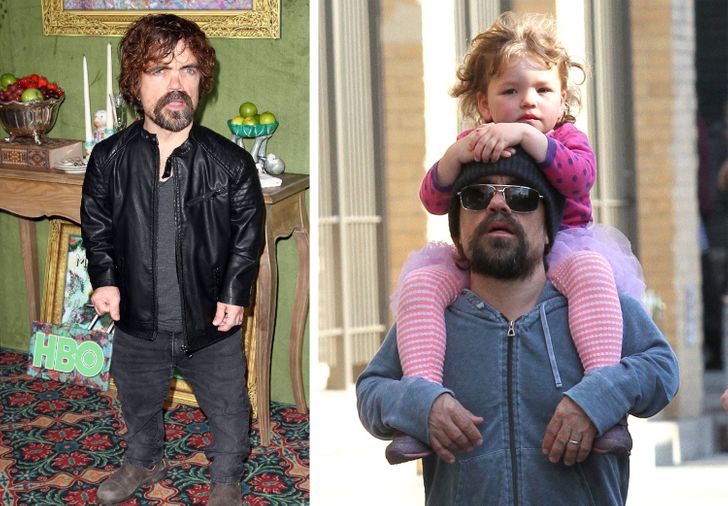 A long-distance race that paid off when he became one of the protagonists of Game of Thrones. In 2012 Dinklage won the award for Best Supporting Actor for this role. He is happily married to Erica Schmidt, a theater director with whom he has 2 children. 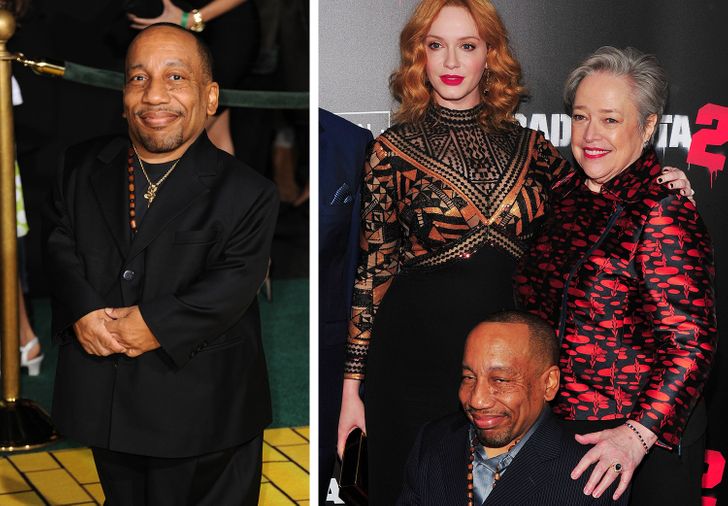 Encouraged by relatives and friends, he moved to Los Angeles at age 18 to try his luck in the world of acting. He began taking classes at the Merrick Studio School of Acting and soon began working in commercial, film, and television roles. He got secondary roles, until his great moment came with a role in Me Myself & Irene, where Cox played a memorable role and starred on screen with world-famous stars like Jim Carrey and Renee Zellweger. 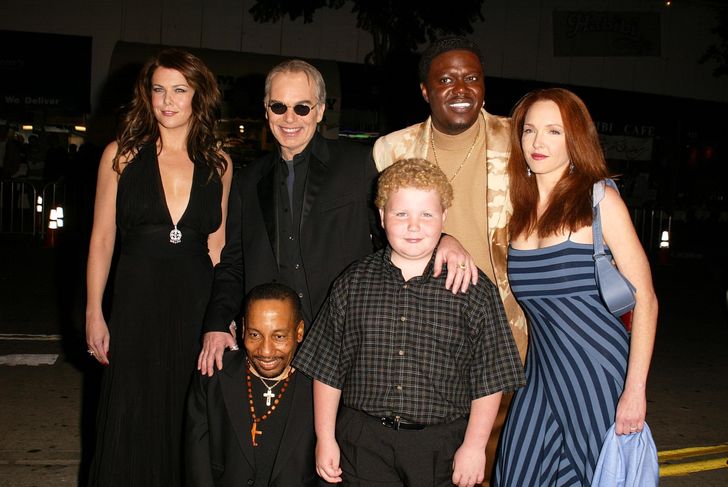 Cox has broken stereotypes, as his role in Bad Santa was the rare occurrence of a dwarf actor in a leading role. He met his future wife, Otelia, during high school. They were eventually married in 1981 when Cox was 23 years old and they’re still together today. 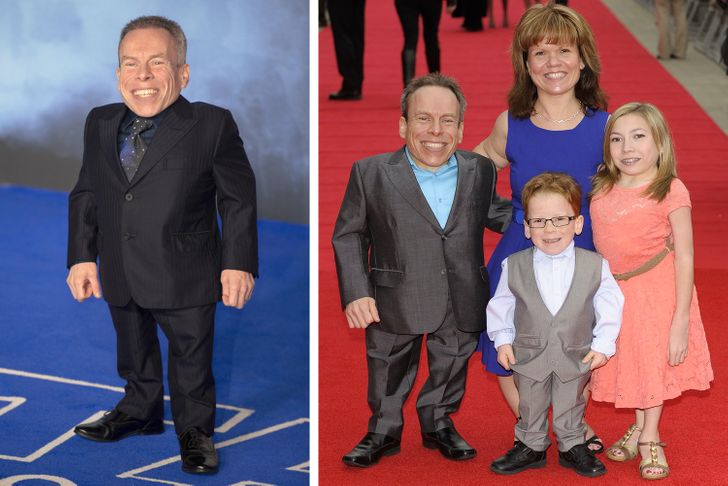 When Davis was 11, his grandmother heard a radio advertisement calling for people who were 4 feet (1.2 m) tall or shorter to be in Return of the Jedi. To Davis, who was a fan of the Star Wars films, being selected for the role was a dream come true. He played the role of Professor Filius Flitwick in the Harry Potter films and lately he has become a television presenter. 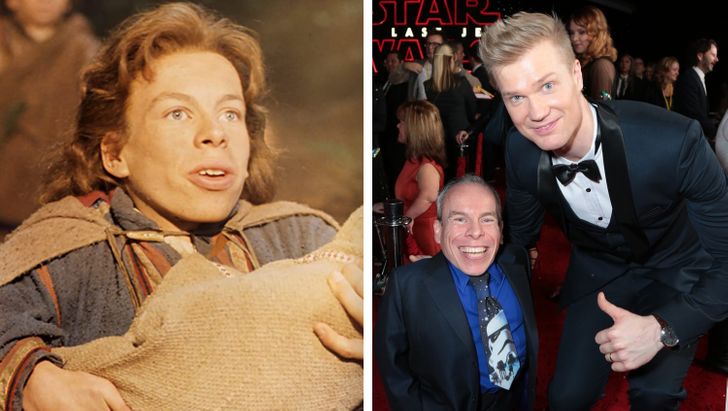 Beyond his acting career, in 1995, Davis co-founded, with fellow dwarf actor and father-in-law Peter Burroughs, the talent agency Willow Management, which specializes in representing actors under 5′ (1.52 m) tall. He is the co-founder of Little People UK, a charity that provides support to people with dwarfism and their families. He married Samantha Burroughs in 1991, with whom he has 3 lovely children who accompany them on the red carpet to their premieres. 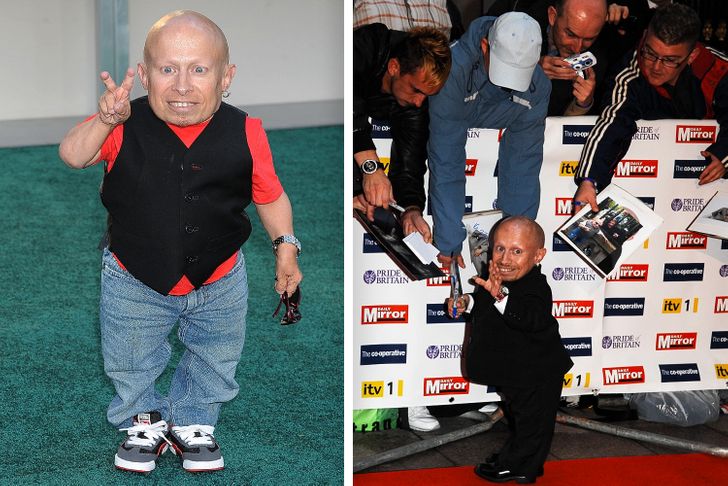 His most iconic role, Mini-Me, led him to stardom. The co-creator of the Austin Powers films, Myers, was so impressed with Troyer’s performance that he decided to rewrite the script for the next release to give Mini-Me more screen time and remove the character’s death. He’s also made several appearances as himself in reality television series. 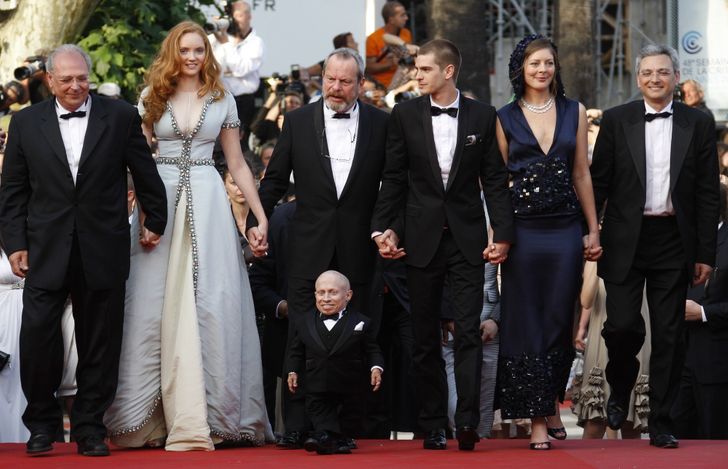 He shared his life with Brittney Powell from 2007 until Troyer tragically died in 2018. Even though his stature was small and his parents often wondered if he’d be able to reach up and open doors on his own in his life, he went on to open more doors for himself and others than anyone could have imagined.

Don’t you think these actors have inspired people with their determination and attitude? Which of their film appearances did you like the most?