© 2014–2022 TheSoul Publishing.
All rights reserved. All materials on this site are copyrighted and may not be used unless authorized by the Bright Side.
1226-

10 Transgender Celebs Who Have Broken Barriers for Themselves and Others

15+ People Share Relatable Posts, and We Can’t Help But Say, “Yeah, I Feel That”

Nicole Kidman and Keith Urban’s Epic Love Story, the Ups and Downs of a Couple That’s Been Rocking It Together for 15 Years

Where the 20 Hottest Celebrities Over 40 Rank, According to Ordinary People

16 Pics That Prove Family Is Our Greatest Treasure 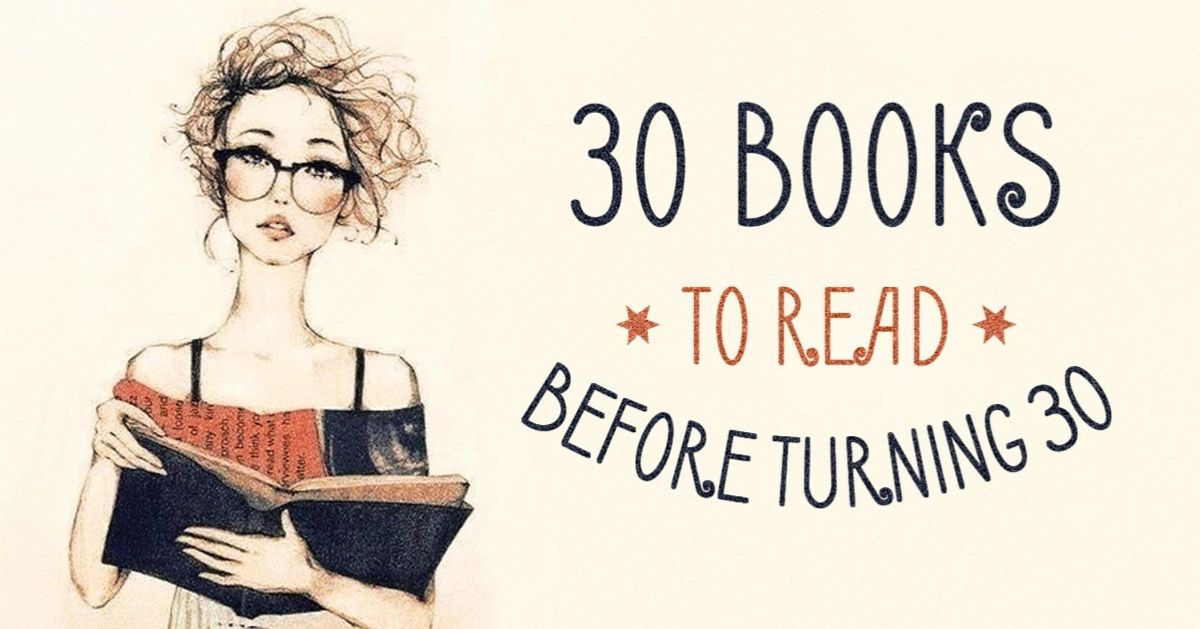 30 superb books you should read before turning 30

The general issues raised and solutions offered by different writers are often a useful means for finding the most effective and practical solutions to our problems. Specifically for this case, Bright Side has selected the books that are worth reading before turning 30.

Each of them is a unique treasure that will enrich your spiritual world and make you smarter.

Alexander Grin
It’s a beautiful, romantic fairy tale familiar to us from childhood about Assol and Grey and their unwavering faith in a dream. The moral of the tale is simple and clear: if you grab a hold of a miracle for you and for your beloved one, it will certainly happen!

Anthony Burgess
One of the most popular novels in the world literature, the main theme of which is the journey of Alex from youth to maturity. It’s a filigree satire on society as a whole and on each of us separately. The most striking thing about the novel is the lack of morality in it. “Take life as it comes” is the motto of the novel.

Ray Bradbury
It’s a very simple and short story about unrequited love. One of the greatest and lyrical writers of the 20th century explains to all the young ladies that unrequited love is the most magical thing that can ever happen to us.

William Golding
This is a terrible story about the entertainment of British schoolboys on a desert island. The author depicts reversed evaluation — little-civilized boys turn into evil, wild animals, cultivating fear and force that leads to murder. The story is about freedom, which implies responsibility and proves that youth has nothing to do with innocence.

Heaven Has No Favorites

Erich Maria Remarque
An incredibly powerful novel by the great writer, whose prose is never out of date. It’s a beautiful and touching story about loneliness, great love, death, and the values of life.

George Orwell
Though the book was written in 1949, the literary and philosophical issues raised by the author are still topical and relevant even after 66 years. The book is not recommended for vulnerable people, pregnant women, and people prone to suicide, but for the others, it’s simply “must-read!”

Harper Lee
This story is written on behalf of a child who tells us about justice and the fight against prejudice. It also involves the themes about the danger of racial injustice, problems of upbringing, and true education. As a whole, it is a treat in which you will find more and more answers to your questions in the course of time.

For Whom the Bell Tolls

Ernest Hemingway
A short story with a deep reflection on death, ideology, and the unbelievable brutality and absurdity of war.

Leo Tolstoy
We were literally forced to read this novel in school. However, you should read this awesome book when you are a young adult. It’s an indisputable masterpiece, which presents the history, drama, and people whose lives were intertwined in a fateful time.

Ivan Bunin
The story is about a schoolgirl Olya Mesherskaya, her femininity, and her first intimacy. “Light breathing” is the most significant quality of girls, which makes all men fall madly in love and is a little piece of advice to the young ladies to take life easy from time to time.

One Hundred Years of Solitude

Gabriel García Márquez
Welcome to a very special world created by Senor Marquez! Feel free in the hospitable house of the family Buendía! They are always pleased to welcome guests but are often indifferent to each other. There are a lot of sex and lust, but so little love. After reading this book, you will understand the importance of a loving family in the life of every human being.

Jack Kerouac
Returning from war, these veterans found no truth, no dignity in the US during the mid-40’s and began to wander. With the sounds of jazz in smoky clubs, with the whistling of the wind through the cracks of boxcars, they discover the meaning of the universe and human life. Wanderers and travel lovers, this novel is for you!

John Fowles
A young lady in black gazes at the horizon at the seaside every day. One day, a young man who was supposed to be married notices her, and everything goes downhill from this moment. Will he marry her or give in to his feelings? You decide! Genius Fowles wrote two versions of the end to prove that the conscience is an individual choice.

The Wind in the Willows

Kenneth Grahame
A wonderful children’s book, which reminds the adults about the importance to see and appreciate the simple pleasures of life. The fairy tale is full of adventure, magic, and solidarity.

The Art of War

Sun Tzu
It’s one of the oldest books on military strategy. The wisdom of this book can be used in any sphere of our activities. It will teach you how to argue and how to get your own way.

J.R.R. Tolkien
This book can be read in childhood, as well as in adulthood; after reading a few dozen of pages, you will completely forget that this is a fictional story. Is recommended for the development of imagination!

Charles Dickens
One more story which teaches the reader of any age how to exercise discipline, emotion, and morality for achieving goals and success.

Guy de Maupassant
A classic French novel with the “anti-hero” as a protagonist. A young journalist Georges Duroy is trying to “make his way” in Paris. He is dull, greedy, coward, and illiterate, but handsome as hell! It’s a terrible story about how smart and talented women become victims of their own blindness. The novel stands out as a warning against gigolos.

Peter Kropotkin
The book presents the life of the revolutionary and anarchist Peter Kropotkin in the Page Corps — a military school for the children of the Russian elite. The story is about how a person can defend himself in all the circumstances, as well as about the real friendship and support.

F. Scott Fitzgerald
The novel was included in the list of masterpieces unrecognized in their own time. It’s a story about the vicissitudes of fate and temptations that arise in the way of the American dream. Having a few good and true friends is more important than a large number. Besides, the desire of obtaining something is much sweeter than the mere possession of it.

The Catcher in the Rye

J. D. Salinger
The main themes of the book are the teenage fears and alienation. Riot, perfectionism, loneliness, and fear of misunderstanding — all of us go through this experience, that’s why the book is very close to the hearts of millions of readers around the world.

Fyodor Dostoevsky
An indisputable masterpiece of not only Russian but of world literature as well. No writer described the state of the human soul and disclosed its deep meaning so precisely as Dostoevsky.

Niccolò Machiavelli
It’s an impressive description of different forms of government and statehood — from the political and general struggle for power to achieve common goals till the ambition to manipulate and control others for personal interests.

Walden; or, Life in the Woods

Henry David Thoreau
Thoreau’s lived over the course of two years, two months, and two days in a cabin he built near Walden Pond, near Concord, (Massachusetts) for writing this book. This is a story about the freedom from the pressures of society and stereotypes.

Plato
This is the all-time work of the great sage that transfers fundamental knowledge of political theory. It’s also about how to live and how the leaders should govern slaves — to obey.

The Master and Margarita

Mikhail Bulgakov
Bulgakov’s masterpiece, published only after his death, is a multifaceted novel about the clash of good and evil, that takes the reader to the world of passion and into the essence of human nature.

Franz Kafka
Kafka is a complex and gloomy writer. It’s not an easy task for a young adult to like his books, but it’s certainly worth a try! “The Metamorphosis” is an absurd pamphlet on the human loneliness. If not to pay attention to the author’s modernist pranks and focus on the meaning of the short story, you will understand that it’s all about life, the illusory nature of love, the ugliness, and the loneliness that’s inside of everyone.

Antoine de Saint-Exupery
Growing up, people start to think that they have lost something valuable and significant. And, in order to find it, we should read and re-read such books, as “The Little Prince”, to be able to understand the deep meaning of it, and then try to implement it in real life.

Sébastien Japrisot
It’s a light, amazing detective story about young French devils who love white dresses and cars. It’s one of the most magnificent novels about maiden meanness written with endless delight.

Of course, the books mentioned above are not the only ones we think should be read before turning 30. There are so many other interesting stories waiting in the wings! So please share with us in the comments your favorite books are.