© 2014–2023 TheSoul Publishing.
All rights reserved. All materials on this site are copyrighted and may not be used unless authorized by the Bright Side.
3-7-

11 Stars That We Didn’t Realize Turned 50 This Year 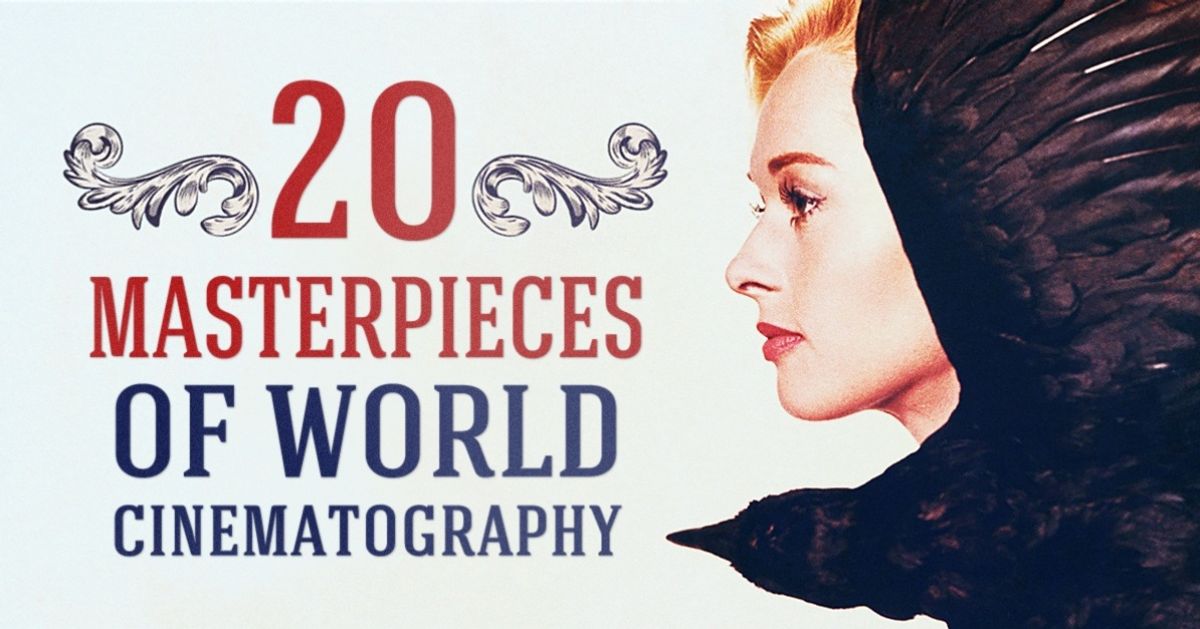 20 films to help you understand cinematography

To understand movies, one should watch them first; watch not only the modern ones, but also the classical ones. Old movies are not necessarily just boring lessons of history, they often make you think even more than modern ones.

Soviet director Andrei Tarkovsky, who gained worldwide recognition for his cinematography, presented a list of films to his students for compulsory watching.

Bright Side presents 20 films from this list. Enjoy the movies!

This film is by a famous Japanese director. It’s a classical, philosophical film about the heroism of the Japanese soldiers that passed the test of time and achieved the status of a masterpiece, both among the connoisseurs of the genre and among cinephiles.

This film is about the marriage of the captain of the barge "L’Atalante", Jean to Juliette, a village girl, and their honeymoon through the channels of France heading to Paris. Due to many puns and subtle humor, the film is very pleasant to watch.

A 78-year-old professor from Stockholm is traveling by car with his wife and son for the presentation of a doctoral degree. They visit places associated with the past and meet different people who help him to revive his memories, to realize his mistakes and to correct them.

Even if you’re not a fan of horror films, you should watch this movie. It’s a really beautiful and mysterious film, and the details make it more naturalistic. Hitchcock is a famous master of suspense; he slowly but precisely presents the atmosphere of an impending nightmare. It is impossible to tear your eyes away from the screen.

This film is based on the legend of Orpheus and Eurydice, but the events are transferred to the era of postwar France. It is an infernal, breathtakingly beautiful film by Jean Cocteau. By watching it frame by frame, one can lose sense of time, and forget that it’s only a movie.

“Earth“ (”Zemlya") is a simple, but amazingly strong, emotional, and bright manifesto of the new hope of the early Soviet era. It’s a story of a peasant family that survives through a habitual way of life while the era of collectivization is collapsing.

Writer — Giovanni, his wife — Lidia. The darkness of creative crisis, decline of feelings, twilight of habits... a close friend who dies in hospital... powerless search of a gleam: dark memories, night restaurant, rich night party. A morning "shower" of despair, revelations and frankness. All these elements combine to create a cinematographic masterpiece.

A deep, sincere, surreal, and brilliant movie. This has an excellent script, revealing the essence of the agony of Fellini. The film is about the process of creative activities of the director. Crisis, seeking, tricks of the imagination, deadlocks, and a continuous stream of the subjectivity and objectivity all combine flawlessly.

The film is based on the Scandinavian legend of the 14th century. It’s a little scary, medieval, majestic, but an overall brilliant film. "Jungfrukällan" is one of those films that raises unspeakable emotions, even after watching it.

During the civil war in Japan, a poor potter gets a chance to earn extra money: his pots are selling surprisingly well. Earning causes excitement and quickly turns into obsession... This mystical parable, being one of the most famous Japanese kaidans, won the Silver Lion at the Venice Film Festival.

The Color of Pomegranates

The film is beautiful and is shot as a continuous flow of poetic associations. It presents the life of a medieval Armenian poet Sayat-Nova, starting from his childhood and ending with his death. No wonder Parajanov is considered to be an avant-gardist: the film turned out to be non-trivial, especially in the Soviet era.

Everything was said about the film long before. Good shots, plot, play of actors. The soundtrack infatuates the viewer but doesn’t distract from the film. The music of the film is very intense—it transmits the feeling of suspense and a presentiment of something terrible.

This film is about a short love story between a French actress and a Japanese architect in postwar Hiroshima. Everything is calm and balanced in the film, but the pain and bitterness are felt very vividly. This is a movie that can be re-watched through decades.

World War I: Two pilots appear in the POW camp where they join prisoners digging a tunnel to escape. War is the most unnatural thing in the world, and Renoir shows the complex psychological and social situation of those distant years.

An old man, learning about his imminent demise, decides to build a playground on the site of a wasteland. For this purpose, he goes through all the circles of bureaucratic hell. The film is simple and complex at the same time: Kurosawa made the it maximally comprehensible for the audience, but the issues raised in it are not of simple solutions.

Young Gaspard, while waiting for the court’s decision, was put in the chamber with four buddies who decided to escape. And now, five people break the wall of the prison dungeon, making the hole bigger day by day and approaching a long-awaited freedom. Very exciting and skillfully shot crime drama that keeps the audience in suspense till the end.

Viridiana’s uncle wants to see her in his castle before she becomes a nun. In reality, he has long been in love with his niece. This passion overwhelms the girl so much that she decides not to go back to the monastery. The film in general raises more questions than gives answers, which is the characteristic feature of the masterpieces of cinematography.

The Passion of Joan of Arc

The film is shot in a very unusual way: most of the time we are witnessing the emotions on the face of Jeanne d’Arc in a close-up. The actors are amazing: hatred, despair, compassion, pain, hope, and guile are played unbelievably realistically. The film was (and is) a masterpiece for it’s era.

In the middle of the XIV century, the knight Antonius Block and his squire return after ten years of the Crusades to their native Sweden. Block is tired of his life and does not see any reason for the sake of which it is worth living. Despite the gloomy symbolism, the film is extremely lively and full of subtle humor. It calls on movitation for action.