© 2014–2022 TheSoul Publishing.
All rights reserved. All materials on this site are copyrighted and may not be used unless authorized by the Bright Side.
61151

How the Actors From “Charmed” Have Changed Over the Years

“I Could Only Stand for 45 Seconds” How Despite His Cancer, Jeff Bridges Held On to Life and Gave His All to Walk His Daughter Down the Aisle

8 Tips to Outsmart Marketing Tricks and Become a Genius Shopper

15 People Who Could Definitely Charge Anything With Their Positivity, Even Your Phone 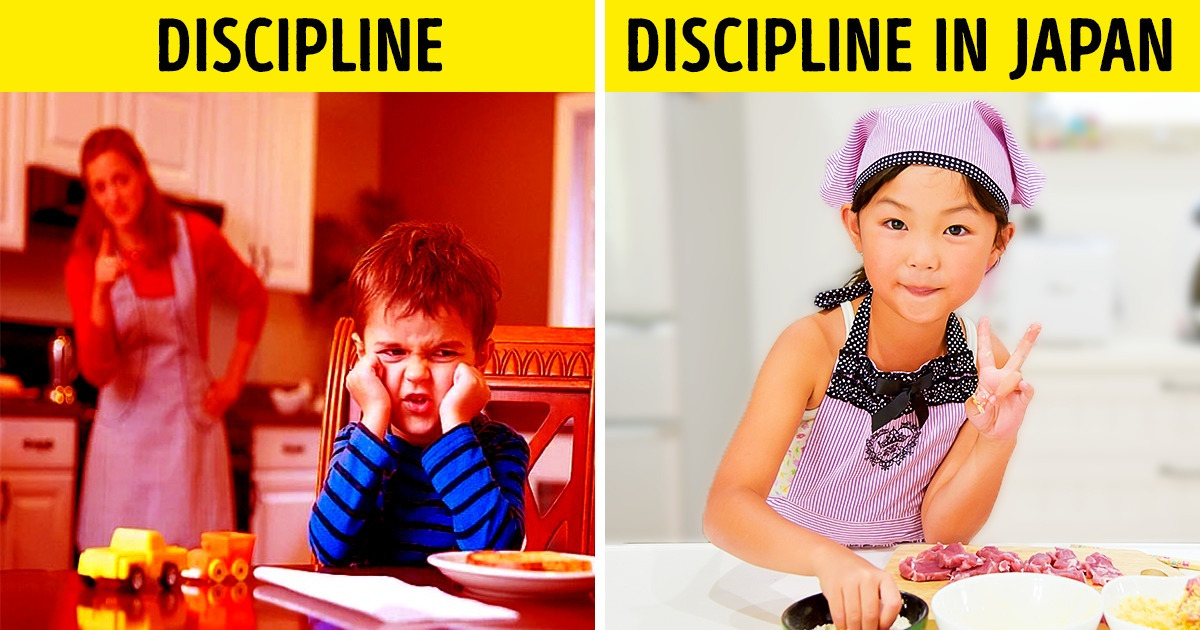 5 Upbringing Rules From Japanese Parents We Want to Adopt

Japanese children are amazing. As a rule, they’re polite, friendly, and don’t let their feelings run wild. In Japan, you’ll rarely meet a child who’s crying in the supermarket (though there are always exceptions to the rule).

Bright Side thinks that we ought to learn some upbringing tricks from Japanese parents. So we’ve collected the main principles of raising children in Japan.

The mother-child relationship is tight.

In Japan, the connection between a mother and her child is really strong. They sleep together and mothers always carry their kids around with them — in the past, mothers would use something resembling a baby sling.

The main rule says that before a child turns 5, they’re allowed to do what they want. Foreigners see this as permissiveness and overindulgence but they’re mistaken. This principle lets children know that they’re good.

Japanese artists’ works from the end of the 17th century / the beginning of the 18th century. On the right, you can see a mother and her child enjoying goldfish.

Such an attitude contributes to “amae.” This word has no analogs in other languages, but it can be translated as “one’s desire to be loved” or simply “attachment”. “Amae” is the foundation of relationships between mothers and children. It means that children can rely on their parents and their love, and elderly parents receive their adult children’s support.

There was a study conducted by American and Japanese scientists that proves there’s a connection between an encouraging upbringing style and children’s behavior. Researchers claim that parents’ positive attitudes reduce the risk of problematic behavior in kids and improve the behavior of children with developmental disorders.

All people are created equal. Japanese princess, Ayako (the second on the right) is performing with classmates during an athletic festival in Tokyo.

According to the famous Japanese system of upbringing, children are perfect before they turn 5, are like servants from age 5 to 15, and are considered equal to their parents and other people by age 15. But many foreigners don’t understand this way of thinking and interpret it incorrectly.

This philosophy is aimed at raising a member of a collective society where personal interests aren’t the most important thing. It’s a kind of stress and Japanese parents try to raise a harmonious person who will be able to find their purpose and won’t underestimate their own value.

In the first stage, parents share endless love and care with their children.

In the second stage, their love doesn’t vanish. A child learns to live by the rules of society and tries to find their purpose in this world. Since the mother-child attachment is really strong, a child tries to do everything right as not to upset their mom.

In the third stage, a child becomes a full member of society.

The family is one of the most significant things.

Girls wearing traditional kimonos during Shichi-Go-San, a rite of passage and festival for children.

As a rule, mothers raise children. They spend a lot of time together: Japanese people think children shouldn’t be sent to kindergarten before they turn 3 years old. Parents don’t usually ask grandparents to babysit their children and don’t hire babysitters.

But children spend a lot of time with grandparents and other relatives. Their relationships with family members are really warm and caring. Families consist of people who will always support and protect each other.

There was an experiment that involved Japanese and European moms. They were asked to construct a pyramid. Japanese moms built the pyramid on their own and then asked their children to repeat it. If children failed to build it, they started constructing the pyramid all over again.

Japanese mothers don’t make children do things they’re requested to do. They give an example and show the way things have to be done.

To teach a child to live in a collective society, it’s important to teach them to “see” and respect other’s feelings and interests.

Japanese mothers respect their children’s feelings: they don’t push them or make them feel ashamed or embarrassed. They teach them to understand the emotions of other people and even inanimate objects. For example, if a kid is trying to break their toy car, a mom from Japan will say, “Poor car, it’s going to cry.” A European mom will probably rebuke, “Stop it. It’s bad.”

Japanese people don’t claim that their methods are the best. Today, Western values also influence their traditions. But major concepts of Japan, such as a calm and loving attitude toward children are unchanging.

Do you agree with the Japanese upbringing philosophy? Tell us your opinion!

Preview photo credit patrika.com, shutterstock.com
173264
Bright Side/Places/5 Upbringing Rules From Japanese Parents We Want to Adopt
Share This Article
You may like these articles
4