© 2014–2021 TheSoul Publishing.
All rights reserved. All materials on this site are copyrighted and may not be used unless authorized by the Bright Side.
26125-
3k

Princes William and Harry Unite in a Touching Moment to Unveil a Statue to Honor Their Late Mother, Princess Diana

14 Coincidences That Made Us Believe in Destiny

An Illustrator Makes Humorous Comics About Famous Characters, and the Endings Are Hilariously Unexpected 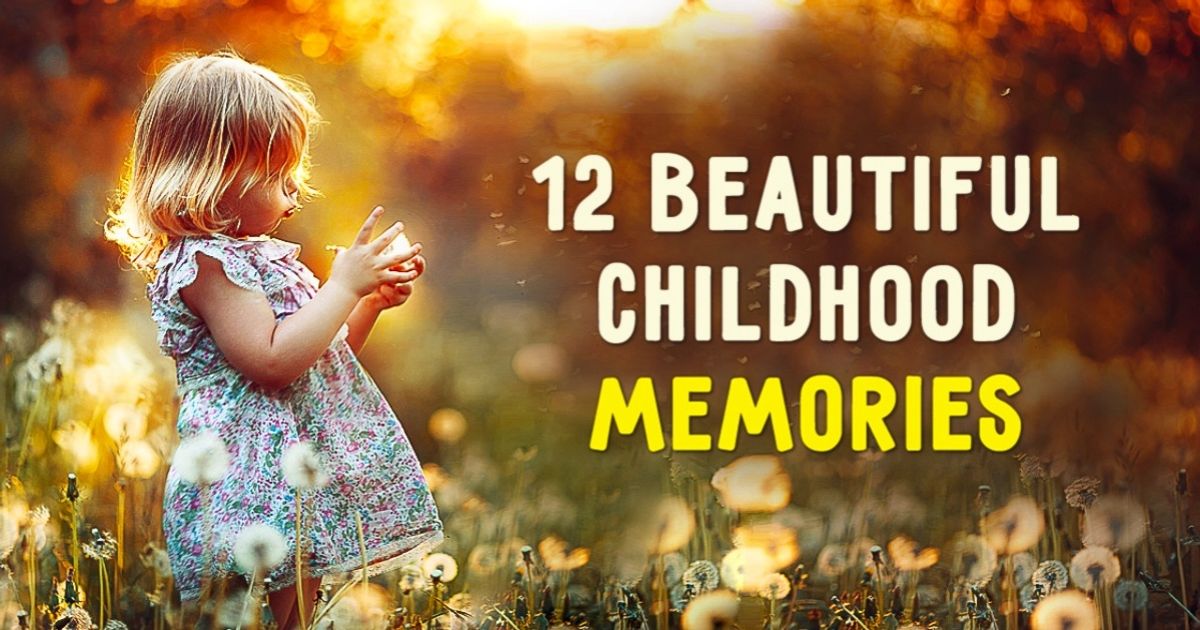 Everything is different when you're a child: the trees are higher, the colours are brighter, and every new day is more interesting that the last. Even more importantly, some things happen that stay in our memory for a long time - in fact, sometimes they end up being with us forever.

For those who remember those moments from their childhood, Bright Side collected the following beautiful anecdotes - from the amusing to the sublime and touching. Maybe something similar happened to you as well?

When I was seven: "Hurray! I am finally going with my grandma to the countryside!"
When I was 14: "Parents are so annoying with their rules!"
When I was 20: "It seems like grandma went crazy. She rips up the grass all day long. I would understand if it was next to the flowers or something, but what is wrong with the grass by the fence?"
At 25: "The countryside is only useful for having a barbecue..."
35: "Should we try to grow some radishes in the garden?"
45: "The garden's full of veggies at last!"
60: "Look at the state of that fence, all the grass is growing next to it..."
78: "I have to carry their super heavy backpacks to the house. Neither my children nor my grandchildren help me with the garden. They say it's not worth it, they can buy the groceries for me. And only my great grandson makes me happy. He is so excited that it's summer again and we can go to the countryside. Life goes on..."

My dad was always the one who used to take me to kindergarten. One time during winter, the road was covered in ice. After a few unsuccessful attempts we got down on all fours and climbed up the hill. We both arrived just in time - I made it to breakfast at school, and my dad made it to work.

We used to go to my grandfather's bee farm out in the country. We'd travel out there on a bike with an extra seat, pedalling real quick. Grandma would feed us on a gallon of milk and home-made bread. When we arrived, we put leave milk in jars in the mountain river, so it would stay cool and wouldn't go off. We ate freshly harvested honey with bread and drank milk. It was unforgettable.

For me, childhood memories are all made up of recollections of tasty food. I had this sandwich made up of two cookies and just some butter between them. Now that's the taste of childhood! Tomorrow I'm going to grab a can of condensed milk; I just realised how much I miss it. You all know what I'm talking about!

When I was five, I was always convinced that my dad, when he came back from work in the evening, got bored while watching TV. That's why I would always go to my room, grab some toys and deliberately break them. Then I'd bring them to my dad so he could fix him. I thought it made him happier...

My grandma used to work in a garage in a warehouse, and often took me with her to work. One time she didn't keep her on eye on me, and I sneaked out. She found me inside the garage. I was standing next to a barrel of gold grains, rubbing the gold into my hair.  I thought I would look like Rapunzel! Although we washed my hair several times, I still left traces of gold wherever I went for a few weeks, like a fairy.

I remember vividly when my mom would tell me off by saying: "So if everybody started wearing ripped jeans, you would as well?" I don't know who exactly it was who started that trend, but she turned out to be prophetically right...

This one winter my friends and I decided to try and do some pull-ups on the swings by our house. Everybody was wearing fur coats and mittens. We were just hanging their like sausages. I was the only one who more less succeeded. And then somebody asked if I could touch the metal part with my tongue. Yeah, I wasn't the smartest kid...

I remember that when I was in the 5th grade, one time my parents woke me up in the morning as they always did. I asked them, "can I skip school today?" (this question was probably asked quite often by plenty of children). My dad responded: "Of course you can, if you get up, get dressed and make your bed quickly enough." I credulously believed him, and did everything as fast and efficiently as I could...And then I learned that it was April Fools Day, and I had just 30 more minutes before I had to go to school.

When I was a child, I was often sent to the store to buy things. I'd always forget to buy something, and would be sent back to the store again. I wanted to make sure that the sales assistant didn't get the impression that I was a foolish boy with a bad memory, so I would turn my jacket inside out, change my hairstyle, put on a different facial expression and speak in a lowered voice. I was a master of conspiracy.

Once, I heard that if a cat lies all curled up, it's a sign of bad weather. I get it, I thought - I see who's in charge here. And I started going around 'uncurling' curled-up cats, hoping the weather would improve.

I can't believe that when I was a child I thought that people my current age behave like adults...