© 2014–2023 TheSoul Publishing.
All rights reserved. All materials on this site are copyrighted and may not be used unless authorized by the Bright Side.
815-

Quaden, 12, Who Begged His Classmates to Stop Making Fun of His Condition, Will Now Star in a Major Blockbuster With Chris Hemsworth

Perfect Ideas From Amazon for Those With No Bathtub, Who Urgently Need to Relax

Robert Irwin Breaks Down in Tears After Watching a Special Nineteenth Birthday Message From His Late Dad, Steve Irwin, and We’re Emotional Too

“You’re My Everything,” Kate Hudson Pays a Unique Tribute to Her Mother on Her 77th Birthday

What the Parents of 15 Popular Celebrities Actually Look Like 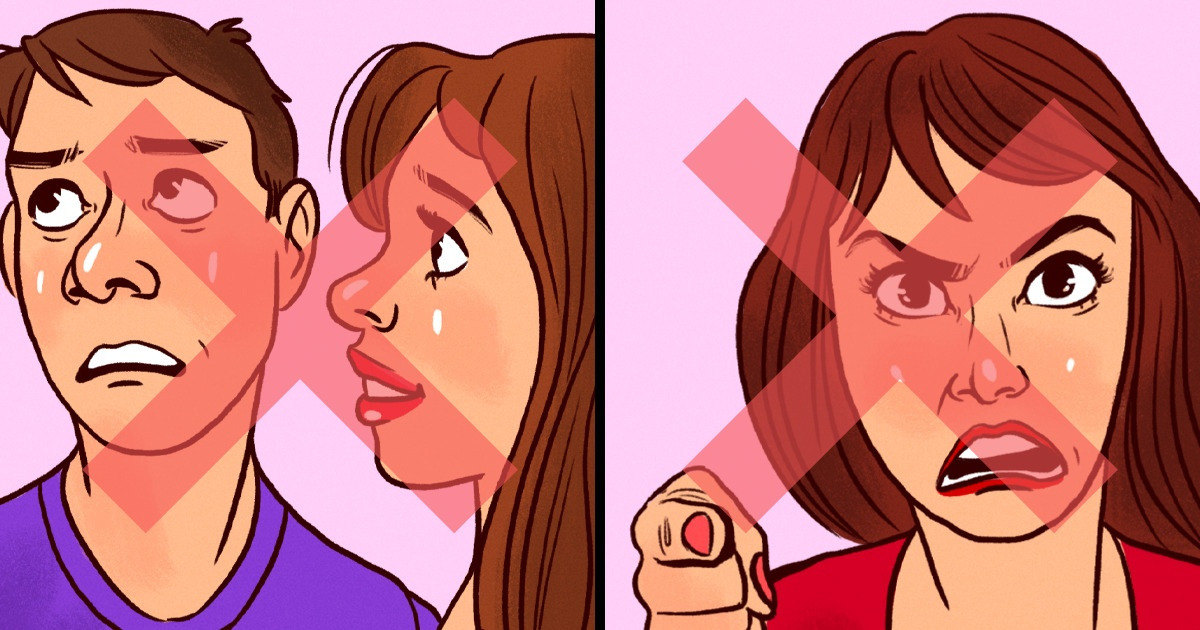 Sometimes the way we behave or the things we say can push people away. It might be some of your traits you’re not proud of and want to change. Or, on the contrary, it might be something you see as positive, and the reason it puts certain people off is the way they perceive you.

In any case, we at Bright Side feel it’s important to be aware of those traits that might intimidate others. As a bonus, at the end of the article, we’ll also tell you what changes you can make in your behavior in order to maintain good relationships with your friends and colleagues.

Honesty is one of the defining characteristics of your personality. You like to be honest with people, even if it sometimes means telling the hard truth or being blunt and hurting someone. You feel that it’s the right thing to do, to speak your mind, rather than sugarcoat things or lie.

You don’t like wasting your time chit-chatting with people about the weather, how their weekend was, or any other subject people usually discuss just to be friendly and polite. Small talk seems pointless to you, and you’d rather get straight to the point and discuss things that are really important or have a meaningful conversation.

As a result, you either just skip the pleasantries or you don’t talk at all to the people you know you won’t have an engaging conversation with. And that’s why you might come across as rude or cold.

3. You have no tolerance for ignorance.

While you prefer to keep an open mind and like to learn new things, others aren’t always eager to do the same. So when someone gets judgmental, especially about things they aren`t really knowledgeable about, it can get on your nerves. Because of that, you try to avoid those people. Or, worst case scenario, you might lose your temper with them and become emotional.

4. You can’t stand people who complain.

You don’t make excuses and because of that don’t accept them either, and you expect others to do the same. You’d rather people pull themselves together and deal with their problems, than waste time feeling sorry for themselves. And if you have to work with those people, you feel like they’re also wasting your time.

So you might be blunt and express your opinion to them. Because of that, people might see you as heartless and unempathetic, as if you were a robot who only cares about getting results and is indifferent to the struggles they go through.

There could also be certain characteristics of your personality that are actually nothing but positive. However, they might also be seen as intimidating by some people.

With honesty, comes the ability to keep your word. When you make promises, you keep them. However, not everyone can do that. So when everyone sees that your word is your bond, compares themselves to you, and sees the contrast, they might feel humiliated and powerless.

Trying and learning new things doesn’t make you uncomfortable, unlike certain people. You’re open to hearing both sides of the story, and your decisions and opinions take them into account. You get inspired by the unfamiliar, which can cause you to start doing things differently than others. But new and strange things usually put people out of their comfort zone. So when you challenge their way of thinking, they might feel threatened by you.

If you’re determined to do something, you will do it no matter what, even if it means not conforming to what other people are expecting of you. You aren’t afraid to go against the grain and stand alone if your way of thinking or doing things doesn’t match the norm. And if you can’t achieve the desired result right away, you have the confidence and faith to keep trying, no matter how pointless and strange it seems to others.

Bonus: What you can do about it.

Try to consider how people will feel after you tell them something with absolute honesty. If someone can handle the truth, go ahead and tell them. But some people can be really hurt by your words, and, as a result, it can damage your relationship with that person. Try to convey your thoughts in a truthful, but respectful manner.

For example, if you’re giving someone bad news, you can be straightforward, but also try to show support. Or if you have to criticize someone’s work, focus on their actions, and don’t blame their failures on them as a person. Show that you care about doing the work well, and give advice about what they could improve.

Because people are so used to using small talk to break the ice, try not to just skip it. If it really makes you uncomfortable and you feel like you’re wasting your time, keep it short. It can be still worth it to make time for some friendly chit-chat so that people warm up to you and your further conversations can flow smoothly.

In a situation where your and someone else’s views differ, try not to get emotional or offend anyone. Imagine what it’s like to be in their shoes, and choose arguments in support of your opinion that could be relatable to the people you’re in a disagreement with.

Another thing you should keep in mind is that sometimes people just need to let their emotions out, even if it means looking weak by complaining and feeling sorry for themselves. Instead of criticizing them for doing so, try to show support and help them get back on their feet after they’ve had a rough time. They’ll appreciate you having their back. So in a situation where you could have alienated someone, you made a friend instead.

Have you ever been in similar situations? How did you deal with them? What else do you find intimidating in others?