There is an opinion that showing up to official events wearing the same clothes twice is bad manners. If we followed this “rule,” either our wardrobes would be completely full of useless clothes or we would stop going to events. Celebrity stylists know how to look perfect, even wearing the same clothes several times. So, by studying the appearance of celebrities, we can learn some tips from them.

We at Bright Side support the idea of being perfectly styled, but we are against buying useless clothes. This is why we should learn from pros. 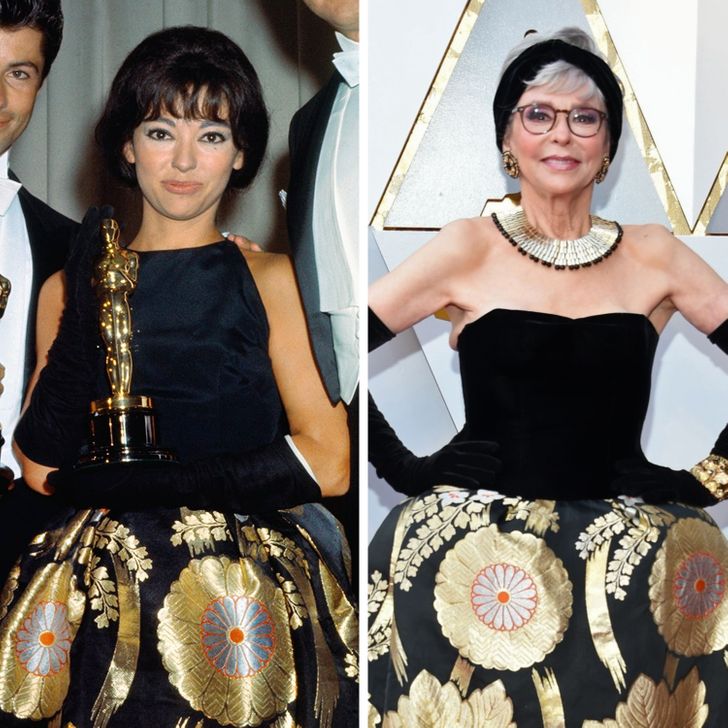 In 1962, Rita Moreno received an Oscar proving her incredible acting talent while wearing a shiny dress, just like the Oscar itself. The dress was made from a real kimono. She loved the dress so much that she kept it in her wardrobe for many years. And in 2018, during the 90th Oscar ceremony, the actress wore the same dress, only slightly tweaked. The upper part of it was remade.

So, here’s a note: favorite dresses can be redesigned and used again. 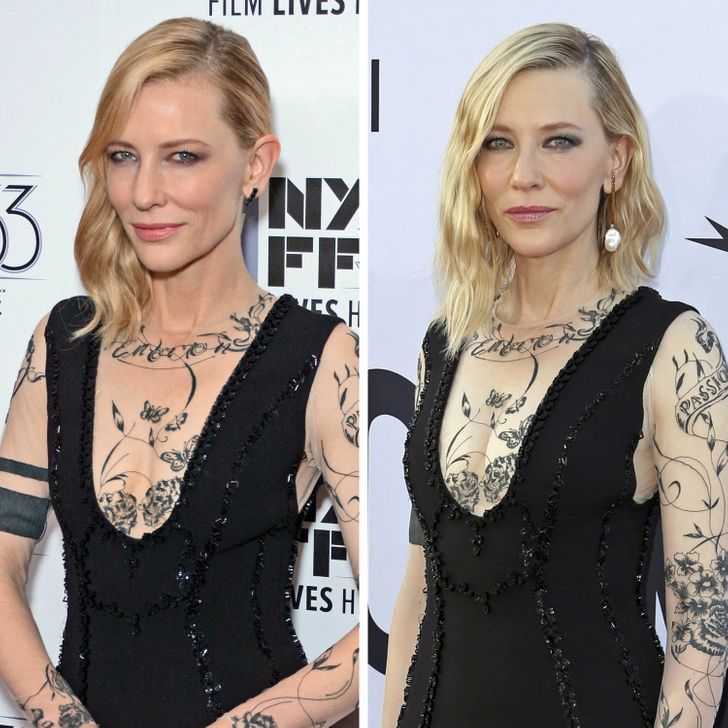 Even a small detail like earrings can play an important role sometimes. In 2015, during the premiere of Carol, Cate Blanchett appeared wearing a classic black dress with unusual sleeves that looked like tattoos. The actress moved her hair to one side in order to demonstrate the black earrings that also contributed to her “dark style.” 3 years later, the actress wore this dress in public again. But this time, she wore big bright earrings with her hair down. So, the outfit became a little lighter and more romantic.

So, depending on the size and color, earrings can change the entire look. Choose them wisely, taking your haircut into account. For tied up hair, try long and elegant earrings. If you have short hair, the earrings should be longer than your hair, according to stylists. 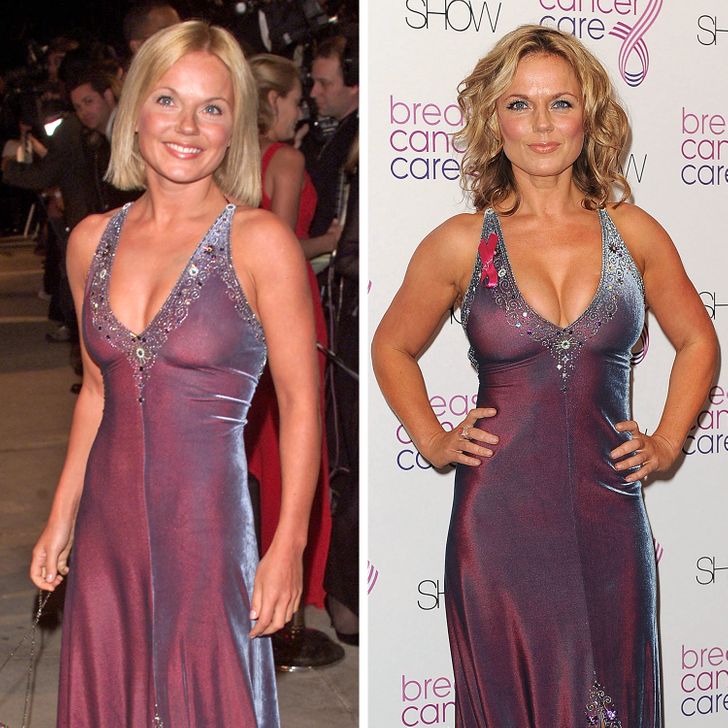 Often, when we lose or gain some weight, we worry that all of our clothes will have to be replaced. But singer Geri Halliwell has a different opinion that’s quite the opposite: if you wear the same dress but your body shape has changed, it’s a great reason to show it to everyone again. Especially if the dress can be stretched and doesn’t even need to be remade. Geri first appeared in this dress in 2002 at an Oscar party. And 7 years later, she had the same dress that actually looked very different. Her body shape had changed and she had a different hairstyle, so the dress looked completely different, but still impressive. 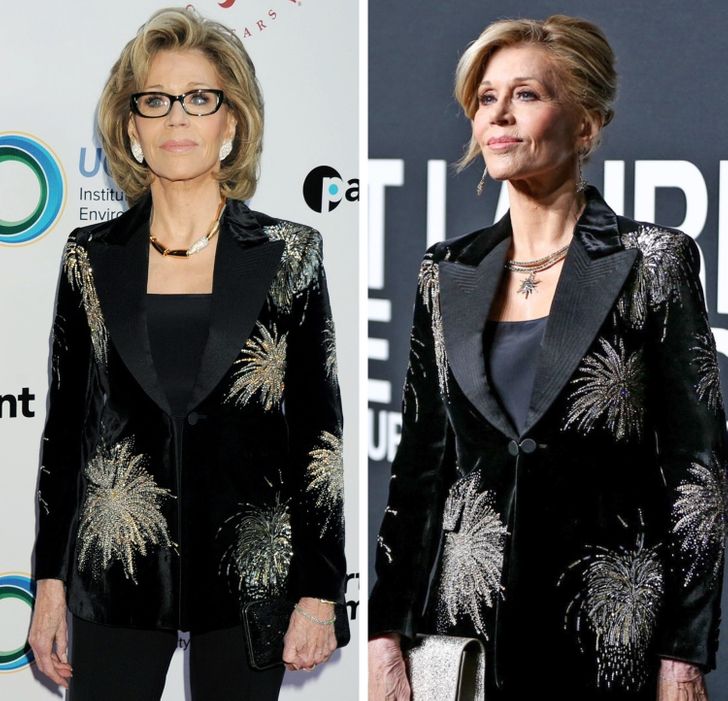 What do you do when you have only one jacket, but you want it to look different? You can change your hairstyle and add some new accessories that match the style. Jane Fonda has done this trick several times: in the beginning of 2016, at a party in Beverly Hills and then at the end of the same year when she attended a Saint Laurent show. The actress didn’t wear the same accessories twice — this is worth noting.

When you want to wear the same jacket, you should find different accessories and hairstyles. Even glasses can completely change the way you look. Of course, the jacket will look different with classic pants, a skirt, or jeans. 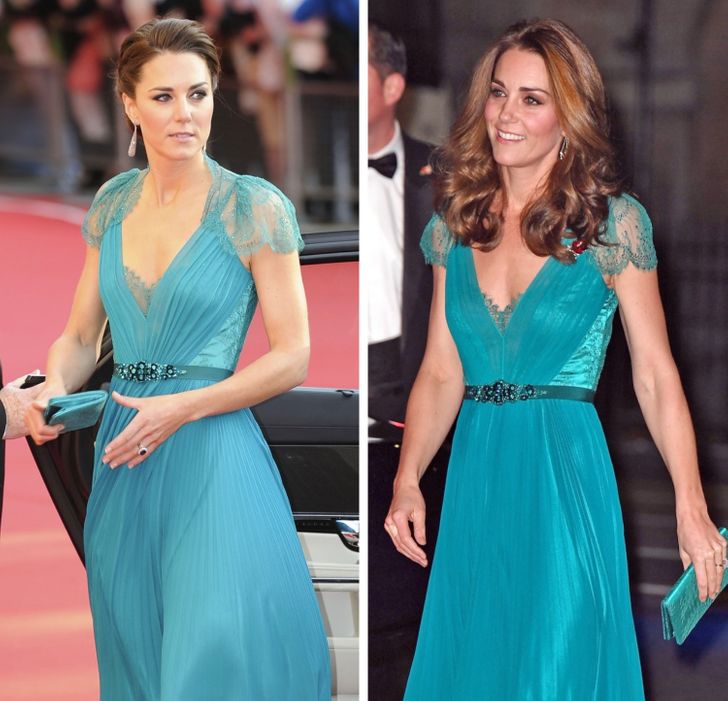 Here is another bright example of when a hairstyle solved a problem. Catherine, Duchess of Cambridge, wore this turquoise dress in the evening before the upcoming London Olympic Games in 2012. And she used the same dress at a ceremony for the Tusk Conservation Awards in 2018 but her hair looked completely different this time. She uses this trick regularly. Middleton is famous for being careful with her clothes, so she is great at completely changing the look by tweaking it a little with hairstyles, hats, and other accessories. 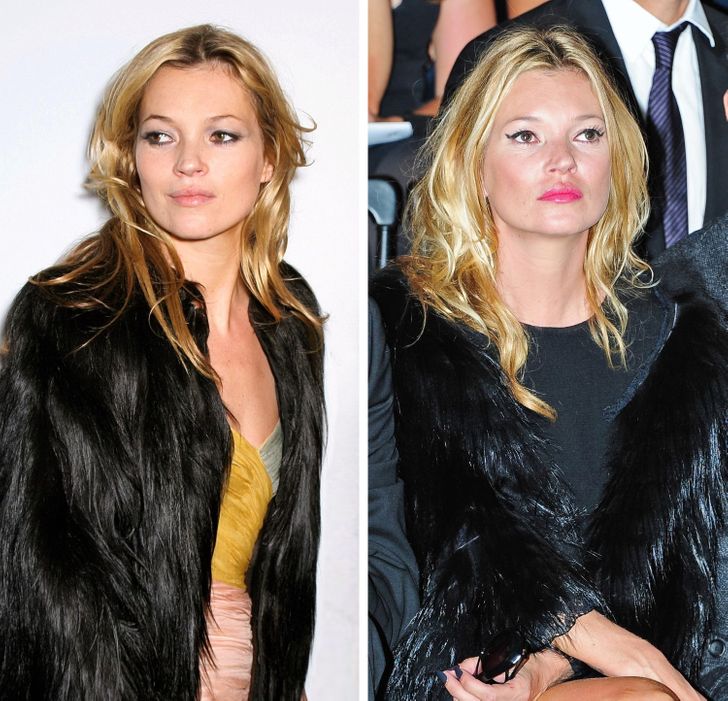 Model Kate Moss doesn’t just love her furs, but she also knows how to wear them properly. In 2010, at a Christian Dior fashion show, she appeared in a black fur coat that was already 4 years old. The first time when paparazzi saw Moss in this coat was in 2006 during a Sam & Ruby charity event.

Learn to give your coats a different look by changing up the clothing underneath it. The contrasting color of a sweater can completely change the overall look. 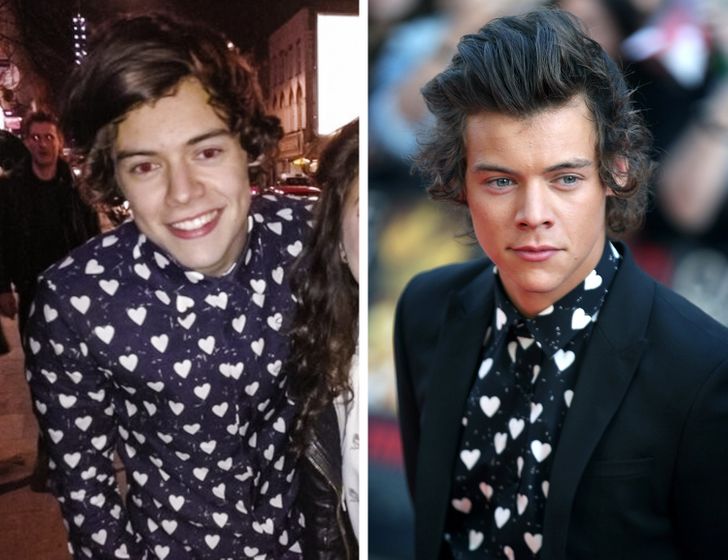 It’s not just the ladies that can wear the same item of clothing several times and still amaze everyone. The British singer of the band One Direction, Harry Styles, wore a shirt at his birthday party in 2013. It had a funny print with hearts. Just 6 months later, he chose the same shirt for the premiere of One Direction: This Is Us. The second time, he also wore a jacket on top of it.

Clothing that has a funny print might look great with a very conservative piece, like for example, a suit. Don’t be afraid of adding some joy to your look. But not too much. 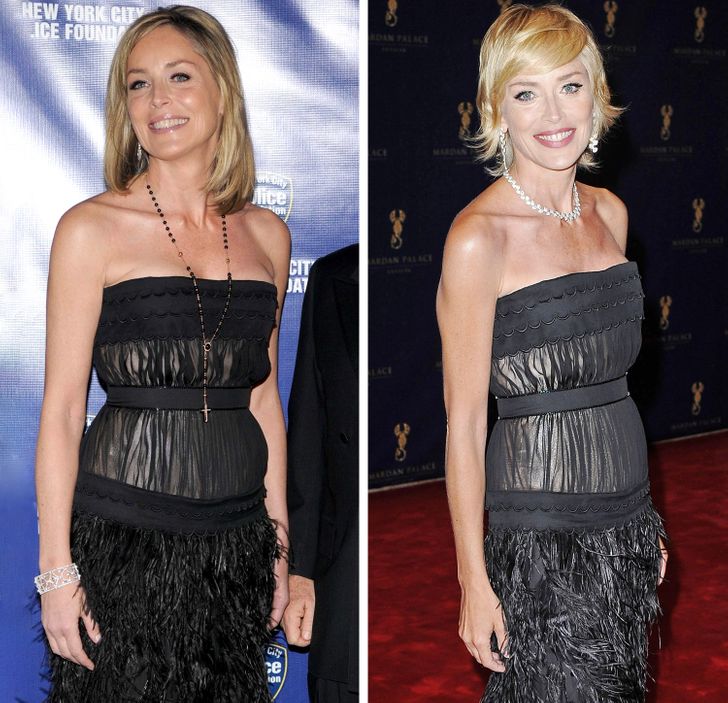 Every time Sharon Stone is on the Red Carpet, it looks like a mini fashion show. The actress always chooses pieces by famous designers to wear in public. Sharon wore this Roberto Cavalli dress twice: in 2009, at a Mardan Palace party in Antalya, Turkey, and one year later at a concert dedicated to the New York City Police Department. Stone used a contrast between dark and light accessories to switch up the look.

Every season, people buy tons of clothes. And they don’t wear most of them twice. This leads not only to wasting a lot of money on something you don’t need, but it’s also a danger to the environment. The problem is, buying useless clothing contributes the appearance of entire landfills of clothes that are not trendy anymore. So, if celebrities who have a lot of money to spend start to make more conscious decisions about their clothing choices, maybe we should think about this too?

How often do you buy clothes you don’t need?