British hairdresser Joshua Coombes does the same thing as his colleagues do all over the world: he cuts hair and beards. But we have to mention that Joshua has unusual clients — they’re homeless people who don’t pay for their haircuts. Joshua says he wants to give disadvantaged people a second chance as, he believes, changes in appearance may cause internal changes.

Bright Side thinks these are the most amazing transformations from all over the world by Joshua Coombes, and we’d like for you to enjoy them.

8. Petru, London. He comes from Romania.

He used to be a rock musician, and 6 years ago he became a hairdresser. Initially, he came out on to the streets with all the necessary equipment after his work day, talked to homeless people, and offered them haircuts for free. Today, he travels the world, meets his soulmates, and helps disadvantaged people, not asking for anything in return. 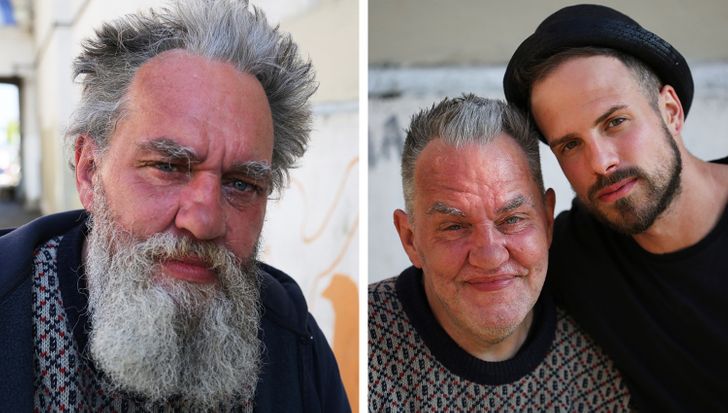 Activists have created their own hashtag #DoSomethingForNothing and started to spread the idea. Joshua says he receives messages from Europe, the USA, Canada, South Africa, Indonesia, and Korea. The main idea of this movement is, “If each person from each city in the world does something good, this world will change for the better.” By the way, you don’t have to devote your whole life to this, you could just help a disadvantaged person once, and it may turn into a habit.