Sarah Jessica Parker and Matthew Broderick Have Been Together for Over 2 Decades, and Their Story Resembles a Fairytale in a Challenging Hollywood World

Despite all the rumors about things not going smoothly in their relationship, Sarah Jessica Parker and Matthew Broderick have been together for more than 22 years, not counting 5 years of dating, and they don’t plan to quit any time soon. They’re heading into the 3 decades of “love, commitment, and respect,” while raising 3 children together, and they’ve proven that a long-lasting relationship isn’t a problem when it comes to true feelings.

We at Bright Side always get inspired by the stories of happy couples, and we’d like to share the romantic fairy tale of Sarah Jessica Parker and Matthew Broderick with you, who will be celebrating their 23rd wedding anniversary next month.

Sarah and Matthew met on Broadway, shortly after her breakup with Robert Downey Jr. 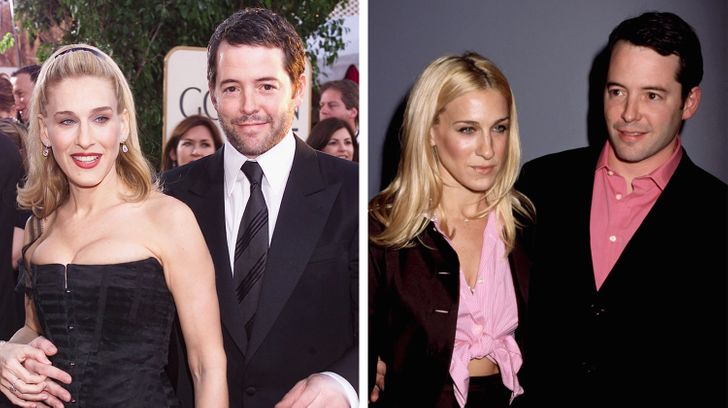 Although Sarah Jessica Parker and Matthew Broderick are both well-known to a wide audience because of their roles in movies and TV series, they actually started their path to fame on Broadway. Parker’s older brother was running the Naked Angels Theater Company, and Broderick was a director in one of their plays. In 1991, Sarah Jessica Parker broke up with Robert Downey Jr. after 7 years of being together, and shortly after that, her brothers introduced her to Matthew. 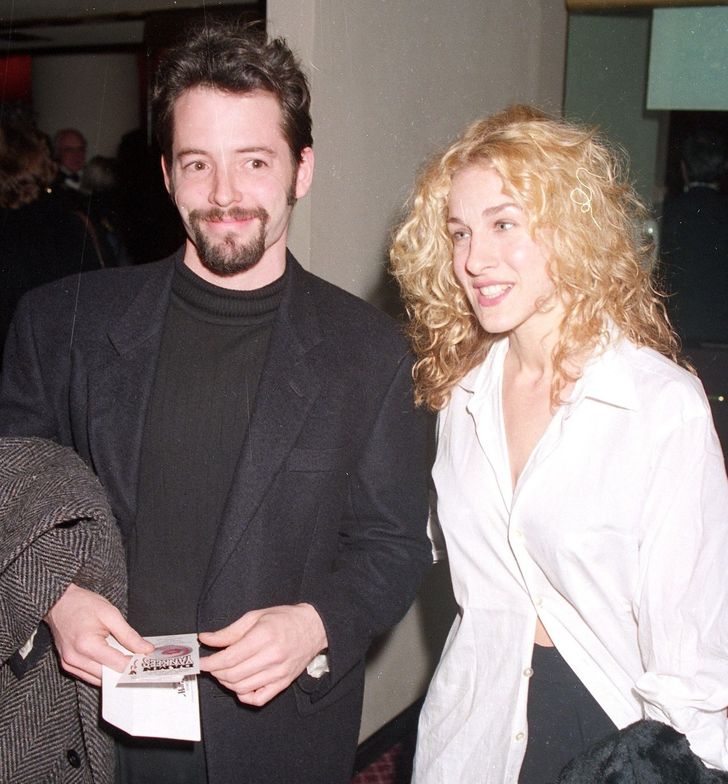 Parker shared that, during that time, they were both young actors who just wanted to do their job well and who weren’t thinking about fame or money. In one of his interviews, Broderick revealed that he still remembers the first time he saw Sarah, when she was walking into a movie theater. For him, it was a very unique experience because, as he said, he rarely remembered people he saw walking down the street for the very first time.

Matthew didn’t ask his future wife on a date for months. 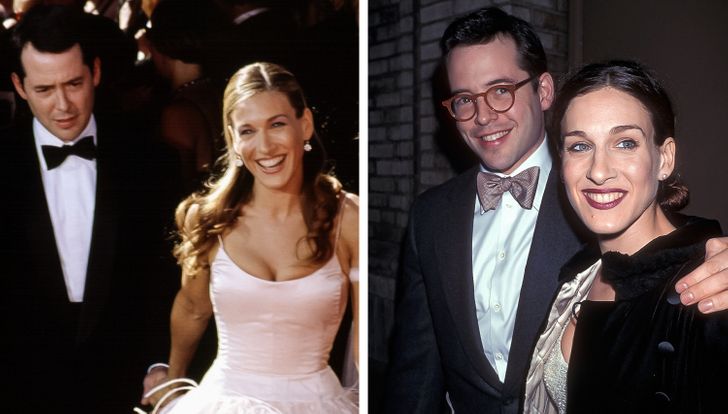 It took Broderick a pretty long time to finally ask Parker out. Matthew remembered that months had literally passed before he made his first move. But on February 1, he left a charming voice message and the couple started officially dating pretty soon after that.

Their wedding was a surprise for their family and friends. 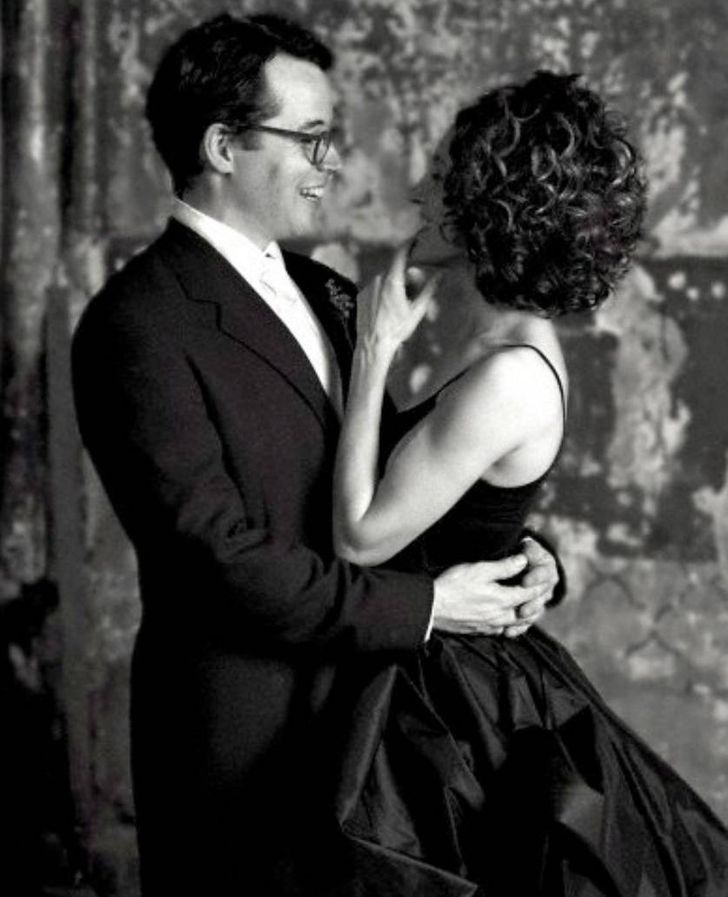 On May 19, after 5 years of being together, the couple decided to tie the knot and threw a surprise wedding party. All 100 guests were sure that they were showing up to attend an ordinary party, but it turned out to be a wedding. And that wasn’t the only surprise that day. Parker opted out of the traditional wedding dress and chose a black one instead.

She shared that she had never really thought about her wedding dress. She said that she chose it because she was a bold girl back then and was “too embarrassed” to spend time trying to find a wedding dress. So she just went to a store she liked and just took “whatever they had hanging.” 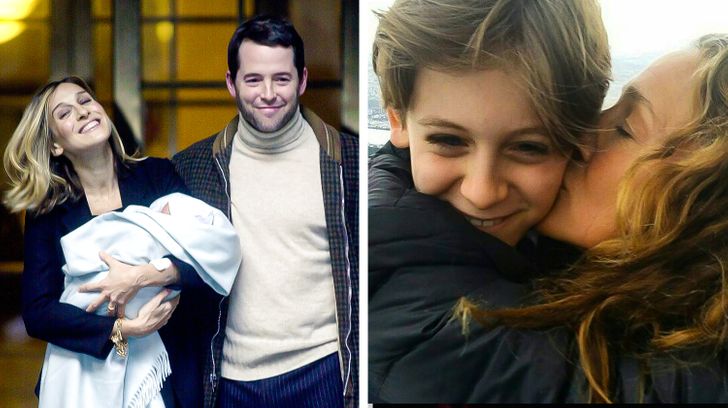 Parker and Broderick have 3 children: their son James (2002) and twin daughters, Marion and Tabitha (2009). Parker shared that the birth of their children was one of the most amazing moments in her life and that if she could revisit one moment from the past, that’d be the moment she’d like to go back to.

Sarah and Matthew have been together for 22 years, but they still know how to keep the spark alive. 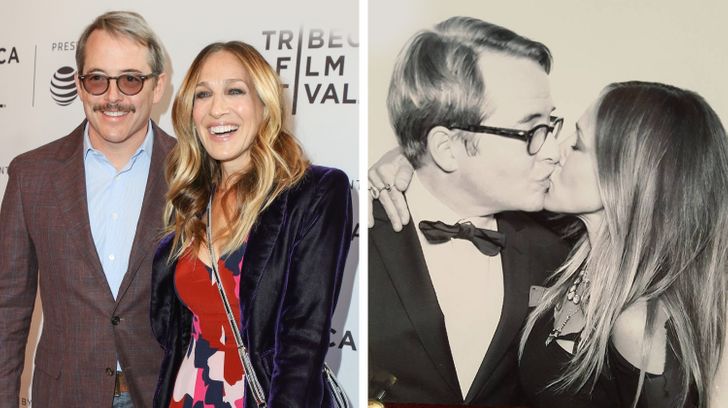 After 22 years of marriage, the couple is still going strong. When journalists asked Parker about the secret to their happy relationship, she revealed that they believe that time apart is just as important as time together. Because of their jobs, Sarah and Matthew have had to spend a lot of time away from each other, but they always manage to reunite and come back together.

Parker shares that people and their needs are going to change and that both partners should be able to accept these changes that will inevitably happen through the years.

Broderick shared that the key to their happiness is that they’re friends beyond anything else. And his advice to all couples is to keep talking, because too much silence is definitely not a good idea.

Have you ever been in a long-term relationship? What advice you would give that could make a relationship last?