A Majestic Castle in Italy Looks Like It’s Straight Out of a Fairy Tale, but It’s As Real As You Are

If there was a real castle for Frozen, this would probably be it. The castle-like architectural jewel in the Molise region in Italy is probably the place where fairy tale stories come alive. It’s considered miraculous by many and took almost a century to be built.

Bright Side will recite the story of this sanctuary, called The Basilica Sanctuary of Our Lady of Sorrows, and reveal the most interesting facts that make this gem the most visited spot in the area.

For the construction of the sanctuary, the building’s architects worked exclusively with local stone artists and it was solely carved in regional stone in Castelpetroso. Locals say that it is so beautiful, that even Italians don’t believe that such a treasure exists in their country and they come to visit the area just to see for themselves that it’s real.

Legend has it that 2 local girls, Serafina and Fabiana, saw the Madonna holding her bleeding son just where the shrine was built. They were looking for their lost sheep in the area when they noticed a dazzling light coming through some cracks in the rocks. Since that first incident, many other people who visited the area had similar stories to tell. 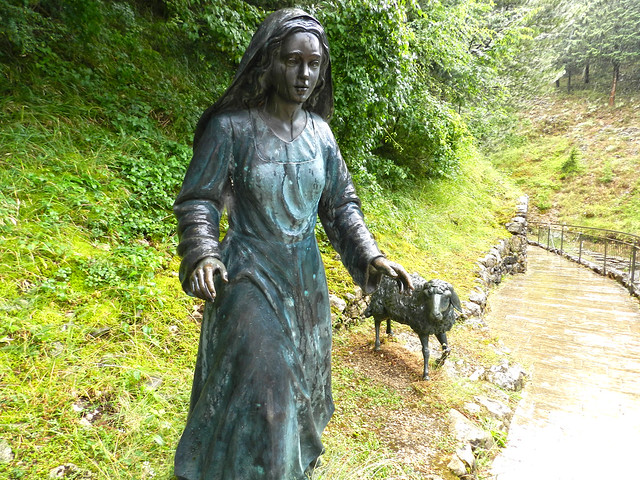 Hundreds of visitors arrive every year to walk the mystery path that the 2 girls walked through the mountains to find the famous rocks. This path is divided into 7 stages and every step of the way, there are human-size bronze statues on the sides that recite the life of Jesus. It’s called Via Martis of Castelpetroso.

Locals also narrate the story of a young man who fell from the cliff and remained completely unharmed, because the holy place protected him.

Another story that sounds like it came out of a novel, says that at the exact spot there was a miraculous spring coming out of the rocks; the water was healing and had even cured a 12-year-old boy with tuberculosis and one that was deaf, after they drank it.

A foreign Italian journalist of the era, named Count Carlos Aquaderni, was so curious about this water that he decided to visit the spring with his sick son and give it a try. He later wrote in a magazine that his son was also healed by this water.

The construction plans bring to mind the Iron Throne in Game of Thrones with the main structure having the shape of a heart stabbed with 7 swords. This time is not about the 7 kingdoms, but it was built according to the image of the woman the 2 shepherds described.

There is a really good reason why this gorgeous building attracts thousands of architecture-lovers around the world every year.

The good news is that you can even stay here. Well, not exactly inside, since it currently operates as a church, but a youth hostel and a bed & breakfast hotel have been built right beside the basilica to host everyone who wants to stay a bit longer and explore the area.

If you want to learn the whole story of Italy’s most amazing castle, there is also a museum built nearby that shows all the historical phases of the space chronologically. 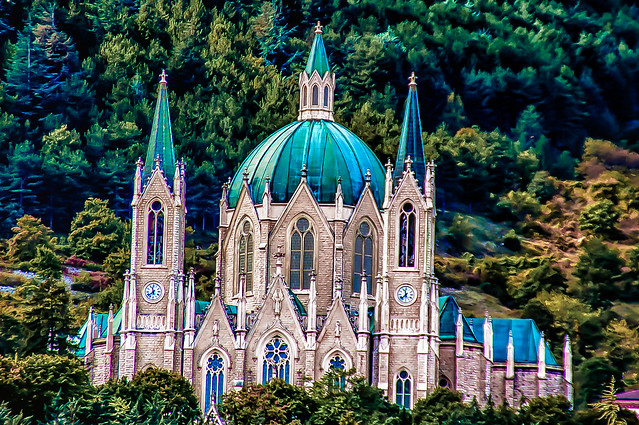 The greenery of the local countryside makes this place a marvelous point of interest, both environmentally and spiritually, for people who appreciate the energy of nature and breathtaking views. A handful of people from around the globe visit this location to meditate and find some peace and quiet.

Bonus: To enrich your bucket list, here are 5 of the most extraordinary castles in Europe that are unquestionably worth a visit.

Have you ever visited places that are reminiscent of the fairy-tale places in movies that we used to watch when we were kids? Share the images of these wonders that you’ve come across with us in the comment section.

10
0
18
5
9k
© 2014–2020 TheSoul Publishing. All rights reserved. All materials on this site are copyrighted and may not be used unless authorized by the Bright Side.