© 2014–2022 TheSoul Publishing.
All rights reserved. All materials on this site are copyrighted and may not be used unless authorized by the Bright Side.
1528-

15 “What Am I?” Riddles That Can Give Your Brain a Good Workout 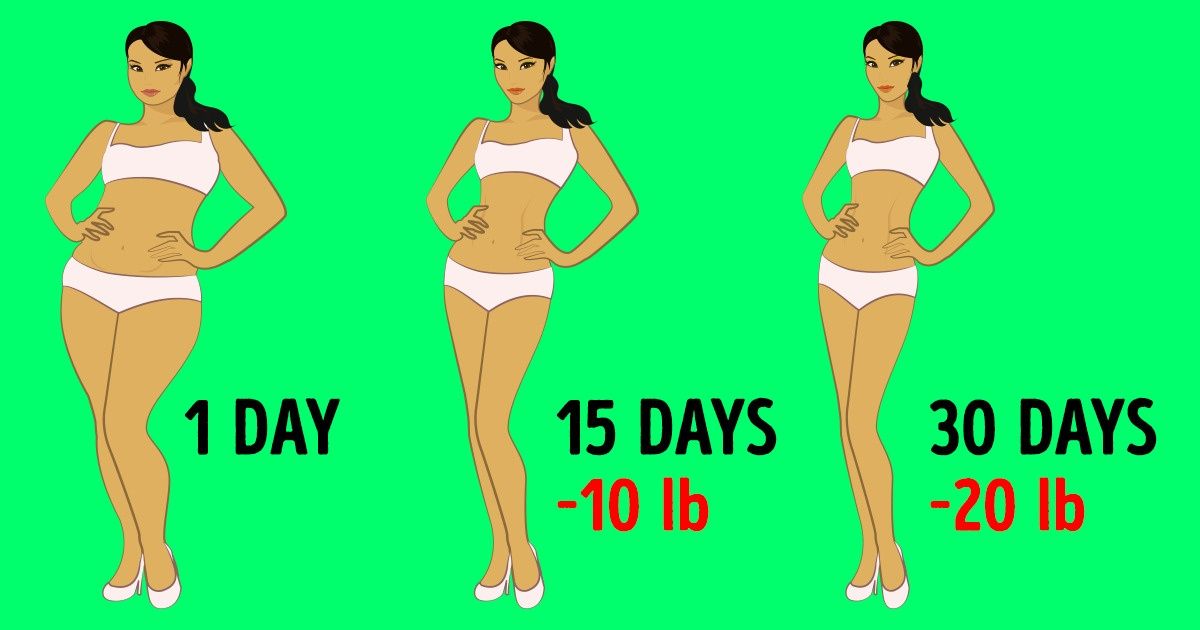 According to the results of studies by scientists from big U.S. Universities, only 1 out of 5 people managed to lose the extra weight that was at least 10% of their body mass. One of the reasons that makes losing weight such a hard task is the plateau effect. This is a phenomenon where the weight stops decreasing despite all efforts.

Of course, when there is no progress, people get disappointed and tend to stop leading a healthy lifestyle. However, it is possible to fight the plateau effect.

Bright Side has found scientifically proven ways to make the weight decrease even if you are in the plateau phase.

Doing weight training is less effective for losing weight than cardio workouts but they help to keep the level of metabolism which is important when you are on a long-term diet. Weight training makes the metabolism much faster and doesn’t let the body switch to the low energy consumption mode.

But don’t forget to eat some protein after a workout: the muscles will get stronger and you won’t have any extra fat.

2. Change the caloric value during the week.

When we are on a diet, our smart bodies adapt to smaller amounts of food, cutting down the energy consumption. In other words, the body adapts to the new living conditions, still conserving the extra pounds — in case there will be no food at all. And when you start eating fewer calories, the body understands that its decision was right.

In order to trick the body, you can use the caloric cycles. 2 days a week, you should eat about 1,000 or 1,200 kcal with almost no carbs, and the rest of the days, eat 1,500 kcal. This trick won’t let the metabolism slow down and will create the necessary caloric deficit.

3. Tell the difference between a real plateau and an imaginary one.

During the first days of the diet, extra fluids leave our bodies which makes the number on the scale drop quickly. But in order to lose just 1 lb, you need to have a 3,500-calorie deficit. It doesn’t matter how you achieve it, but the progress won’t be fast.

Many people think that losing weight slowly is a plateau, so they lose interest and drop the diet. Be patient and don’t step on the scale more than once a week: this way, the progress will seem bigger.

Low-carbohydrate diets are believed to the be the best strategy for losing weight. Protein and fiber make us full and increase the metabolism. Carbohydrates make the insulin level rise making us hungry. So if you are trying to lose weight, it’s better to eat a piece of low-fat meat rather than a sweet fruit.

5. Change the exercises you do.

Thousands of years of fighting for survival taught our bodies one simple thing: resources should be saved by any means possible. After some time, the human body adapts to the exercises you do. So, after several weeks of similar workouts, the progress will definitely slow down.

There is only one solution: once every 1-1.5 months, you should change your workout program. There are a lot of different options: change out yoga for pilates, do new exercises, train new muscles that you haven’t before, and change the weights that you use.

The ability to resist the urge to eat depends on the right function of the brain. However, if a person hasn’t eaten anything tasty for a long time, their brain starts to tell them that a piece of chocolate or a biscuit will give them much more joy that these foods really can.

This is why nutrition experts recommend including small portions of “prohibited” foods. If you let yourself relax from time to time, you have a smaller chance of losing control at some point and interrupting the diet.

7. Recalculate the caloric value of the food you eat.

The number of calories necessary for losing weight depends not only on physical activity but also on the body mass. If an overweight person eats only 2,000 kcal a day, they will lose weight, and if a small woman does the same, she will gain weight.

Don’t forget to recalculate the caloric value of your food after every 10 pounds you lose.

As scientists found out, it’s impossible to have bad sleep and lose weight in a healthy way. There are a lot of reasons why, but in short: if you don’t sleep enough, your body is stressed. Stress leads to feeling hungry and a change in metabolism. So be sure to sleep enough no matter what.

Scientists proved that people who lose weight without any supervision stop tracking what and how much they eat within several weeks. Of course, the progress stops and you can’t lose weight. So, you should always know how many calories you eat.

Everyone knows that right before the beginning of the menstrual cycle, women’s bodies retain much more water, just like when people drink too much water (especially before sleep), eat salty foods, drink alcohol and eat dairy products. You should take into account the individual reaction to different foods in different people. So, analyze what you eat and how it influences your body.

For example, the author of the article couldn’t lose weight because of eating too many tomatoes. Yes, they are vegetables and they don’t have any extra calories, but for some reason, in this woman’s case, they didn’t let water leave her body.

After you stop eating some foods, the swelling will disappear within the next 2 days. So don’t let several extra pounds make you panic and desperate. Forget about the scale and use a tape measure ribbon: it will easily prove that you are making progress.

Have you ever had the plateau effect when you tried to lose weight? How did you deal with it? Share your experience in the comment section below.