6 Warning Signs That Show a Stroke Is Coming, and It’s Really Important to Know Them

Cerebral Stroke is a leading cause of serious disability in the US. Each year, as high as almost 800,000 people suffer from a stroke, 700,000 of which are first-timers and in 150,000 cases, its a recurrence. But there are ways to prevent it if you are careful about a few things in your daily life.

Here at Bright Side, we’ve enlisted a few signs you should not miss to prevent an upcoming stroke.

The symptoms of a stroke usually develop quickly but it can sometimes take hours or even days to notice that something is wrong. So, if you think that you may be experiencing any of these symptoms, it’s important not to ignore it, even if some of them don’t seem too serious.

Stroke can cause double vision, loss of vision in one eye, or blurred vision. When about 1,300 people during a survey in the UK were asked, they all remembered blurred vision/vision problems as a strong indicator.

3. Numbness on one side of the body — face, hands, or legs

It is common to have numbness or weakness in the face, an arm, or a leg on either side of the body. In some cases, there can also be paralysis on the opposite side of where the stroke occurred in the brain.

4. Dizziness or fatigue without a reason 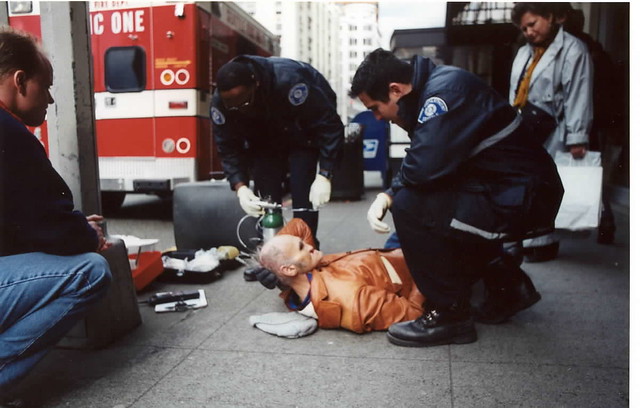 In a study, it is shown that vertigo and dizziness is also a common factor among patients who had a stroke. The state of confusion could be the result of the affected brain side.

5. A sudden migraine or a severe headache

During a stroke, the blood flow to the brain is either blocked or cut off due to an interruption caused in the bloodstream. That can cause a vessel tear or damage resulting in a very sudden migraine or a headache.

6. Stiffness in the neck or shoulder pain

A ruptured blood vessel in the brain can cause a stiff neck or shoulder. If you are unable to touch your chin to your chest (considering you’re not obese or have any other condition), go and see a doctor immediately.

Who is at risk here?

According to a report by NCBI, these are the people who are more likely to have a stroke:

What to do in the case of an emergency?

If you’re supporting a patient:

Do you know more about the signs and symptoms of a stroke? Feel free to share what you know in the comments and make sure you share the article with the people you care about!

Illustrated by Daniil Shubin for BrightSide.me

1
0
4
1
131k
© 2014–2020 TheSoul Publishing. All rights reserved. All materials on this site are copyrighted and may not be used unless authorized by the Bright Side.