© 2014–2022 TheSoul Publishing.
All rights reserved. All materials on this site are copyrighted and may not be used unless authorized by the Bright Side.
12-172

Why We Sometimes Think We’re Being Watched

18 Celebrities Who Make Parenting Look Like a Piece of Cake

How Often to Wash Your Hair, According to Science

18 Times Animals Showed That They Know How to Be Bros

26 People Amazed Us With Their Preparation for Halloween

Why Men Used to Wear Much More Jewelry and What Changed 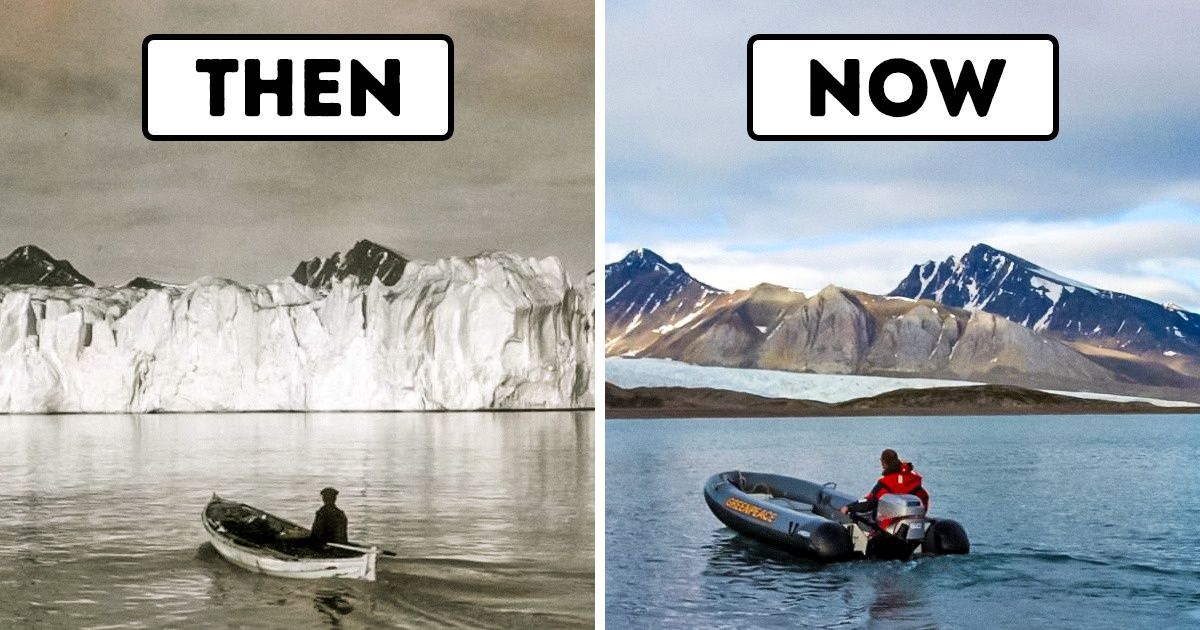 Global warming is often used as the basis for an apocalyptic movie: on screen, the planet dies this way very often. As it turns out, these movies are not that far from reality. For the past 3 centuries, the average temperature of the air has risen by 1 degree. By the year 2050, it will probably have increased by 0.5 degrees. These seemingly small changes can actually cause serious problems for humanity.

We at Bright Side have made a list of real consequences that people are in danger of. Some of them are exactly what the movies show.

This consequence of global warming is clear to everyone. Of course, not all parts of the planet are in danger — mostly the southern ones. For example, in South Africa for the past 3 years, there has been only the annual average amount of rain. This means that the inhabitants would have a smaller amount of fresh water and soil. In general, scientists say that unless we do something about the situation, the amount of fresh water will decrease.

It’s amazing but this point doesn’t contradict the previous one. Because of the heat, the water will evaporate from the surface and get into the atmosphere. This may lead to us having tropical rains in most parts of the planet. And the drought problem can’t be solved by the rains: the water will just flow into lakes and rivers, evaporate from the there and the cycle will just repeat.

We will have heavy rains which will lead to the rise in sea level. For many countries, this will lead to an increase in the number of floods. They are really destructive and even now, it’s impossible to control them and they always lead to tragedy. They can become even worse because of global warming. Some beaches and coastal areas will be flooded. Yes, the pictures of London and New York sinking underwater are exaggerated but they’re not so far from reality.

If global warming has any advantages, it’s for insects. Thanks to the climate change, they will migrate to the northern regions where they couldn’t survive before. The number of insects will increase dramatically, so in about 30 years there will be a lot of mosquitos, spiders, ticks, and fleas. For people, this is really bad: diseases will spread, and the number of trees that insects eat will fall.

Insects are not the only danger for trees. Because of the heat, the number of forest fires will increase. For people, this causes a lot of problems: fire is almost impossible to control, so people will have to be evacuated which costs a lot of money. Also, the fire will cause a lot of microscopic particles to travel into the air and they’ll get into our lungs. Forest fires happen quite often now but global warming may only make the situation worse.

The temperature rise will have a negative impact on the sea creatures, too. Because of climate change, the number of places where fish can live will decrease. It will become harder for them to find food: even a 0.5-degree temperature increase will lead to the death of 80% of the coral reef. And a 1-degree increase will kill all of them. For people, this will mean that there will be way less fish in the ocean, and the prices will increase dramatically.

The northern regions will get much warmer. But the people living there won’t be happy. The winters will be warmer but the ice that has always been there will start to melt. And there are a lot of buildings there that will be destroyed. The roads won’t be able to take the temperature change either.

This is not only about the number of fruits and vegetables that will decrease because of the drought. The quality of the food will decrease dramatically because of global warming. The regular CO2 emissions will make the plants grow faster — so fast in fact, that it won’t be enough for many microelements to develop. So there will be lots of fruits and vegetables with fewer proteins, vitamins, and minerals that are necessary for health.

Heavy rains and floods are not the only problems. The world will have to prepare for hurricanes and storms. As we have already mentioned, the water will evaporate faster and will return to the land in the form of rain and snow. The speed of evaporation will increase the water cycle in the oceans causing severe storms. They will make life on the planet not only less enjoyable but also more dangerous.

Global warming can still be prevented — the least we can do is decrease any future harm. And every person living on this planet can take part in it. Sorting trash, using eco-friendly goods and more are all simple things that can improve the condition of the planet significantly. Do you practice these useful eco-friendly habits? Tell us in the comment section below.