© 2014–2022 TheSoul Publishing.
All rights reserved. All materials on this site are copyrighted and may not be used unless authorized by the Bright Side.
172191 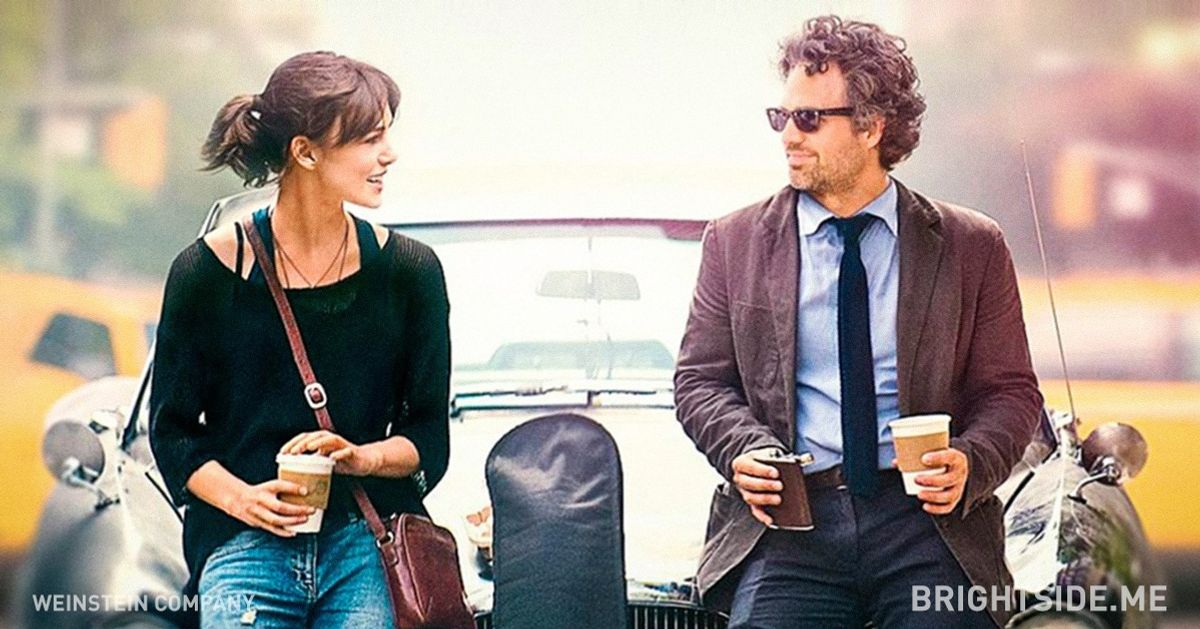 15 incredibly positive movies that are sure to motivate you

Different movies appeal to different moods and personalities. You may like comedies or horror films, romantic movies or thrillers, but there are ones that do not really fall into any of these categories. These movies don't make you laugh or cringe in fear - they motivate you, making you feel that you're able to do anything at all if you set your mind to it.

We at Bright Side bring you a selection of this kind of rare but very special movie - ones that are inspiring and encouraging, that will make you think 'Why not?' and go on to do something extraordinary.

Burt Munro spent decades of his life trying to make his greatest dream come true - to tune up his elderly motorcycle and make it a racing monster that could set a world speed record. The magnificent Anthony Hopkins and the fascinating plot of this picture are sure to touch everyone's feelings.

73-year-old Alvin Straight finds out that his brother, who hasn't been in touch with him for many years, has had a stroke. Alvin has no driver's license, so he decides to undertake a very unusual adventure - he buys a lawnmower and travels on it through several states. On his way, the old man finds new friends, help from kind people, and finally meets his brother.

This is a movie based on the true story of a unique school basketball team and their outstanding coach. Ken Carter makes a very unexpected decision - he prohibits his players from entering the court until they have rectified their marks in all their school subjects. Such a decree arouses both approval and severe criticism.

The Way Way Back

This story is both sad and funny, light and refreshing, like a sea breeze. It's about a difficult yet important and, in the end,  rewarding stage of life, when a boy becomes a man. Our young hero finds himself working in a water amusement park, by chance. There he finds new friends who help him believe in himself and deal with all his problems. The movie is especially notable for the outstanding performances of Steve Carell, the cruel stepfather, and Sam Rockwell, the boy's mentor.

After the death of his beloved wife, Frank decides to go visit all his children living in different states, and during this improvised journey, he learns a lot about his family - both unexpected and interesting. The cast deserves special attention; here you'll find Robert De Niro, Drew Barrymore, Kate Beckinsale, and Sam Rockwell all giving great performances.

Ben Carson grew up fatherless, was not a gifted student, and had quite a temperament. Still, the boy's mother always believed in his abilities, and gently pushed him to new heights of achievement. And finally, thanks to his talent, determination, and the endless support of his family, Ben became one of the most prominent neurosurgeons in the USA. This movie teaches us to never give up - whatever the odds, you can make your dreams come true, if you try hard enough.

Eighteen-year-old Jess has been fascinated by soccer since she was a child, but her family thinks a good Sikh girl shouldn't kick a ball in the yard with boys. However, Jess is noticed by a soccer coach, and he takes her on as a member of a real professional team. Now the girl will have to summon all her courage and strength to prove to everyone and herself that she is worthy of her dream.

Alexander and the Terrible, Horrible, No Good, Very Bad Day

On the eve of his birthday, Alexander makes a wish for his family to one day experience life in his shoes and finally understand how hard it is for him. The very next morning, the whole Cooper family is living a disaster. How will they cope with all their troubles if the father is going to an important job interview, the daughter is about to play at a crucial performance, and the son has to pass his driving test and become the Prom King? This family comedy will make you laugh out loud for sure.

This is the incredible and touching story of a simple British guy who's been dreaming of becoming an opera singer since childhood. However, he manages to make this dream come true only after many difficult years, during which he applies for the TV show 'Britain's Got Talent'. This movie tells us how important it is to never retreat a single step on the road to our goals.

Gretta is a composer, and she's living through a break-up with her boyfriend. A chance meeting in a bar with Dan, a former music label executive, turns Gretta's life upside down. Together, they decide to record their own independent album, and although they have no money, no musicians, and no instruments, they keep their heads up and make some true art, while having the whole of New York for their stage and studio.

Monica and Quincy met each other when they were still kids, went to school together, hung out together after school, and played basketball. Over the years, their friendship turned into a real feeling, but life set them apart. Quincy goes into professional sport and forgets about his girlfriend. However, in a few years they get a chance to begin again. This is a wonderfully moving picture about a strong and real bond of love between two people.

Lizzie is a young star of American tennis. Peter is a not very successful, retiring sportsman who hopes to play one last time at the Wimbledon tournament. Lizzie and Peter live in different worlds, but for the couple of weeks during the games when they spend time together, they become closer to each other and finally fall in love. The beautiful feelings help the unsuccessful tennis player win match after match, reaching ever higher in the tournament.

Salmon Fishing in the Yemen

A mysterious Arab sheikh approaches Dr. Alfred Jones (played by the charming Ewan McGregor) with an idea that seems absolutely absurd - to arrange a salmon-fishing contest in Yemen. This movie is so sincere and real that it simply ensnares you with its ambience, and doesn't let you go from the very first seconds up to the final credits.

Santiago Munez is a simple Mexican migrant, who works as a gardener and hardly earns enough to feed himself. However, young Santiago has a dream for which he would sacrifice anything - the dream of becoming a professional soccer player. And by a whim of fate he finds himself in England, where he has one chance to show everyone what he's made of. This movie will be to everyone's liking - not only soccer lovers, but all those who are able to dream like this hero.

Harvey is divorced and growing old. He lives a gray and boring life in which each passing day is no different from the previous one. Yet one day, at an airport, he meets a woman named Kate, with whom he feels a strong connection without even knowing her. The magnificent duo of Dustin Hoffman and Emma Thompson makes this brilliant movie elegant and romantic.