© 2014–2023 TheSoul Publishing.
All rights reserved. All materials on this site are copyrighted and may not be used unless authorized by the Bright Side.
1117-

Photos That Show the Evolution of 10 Celebrities Over the Decades 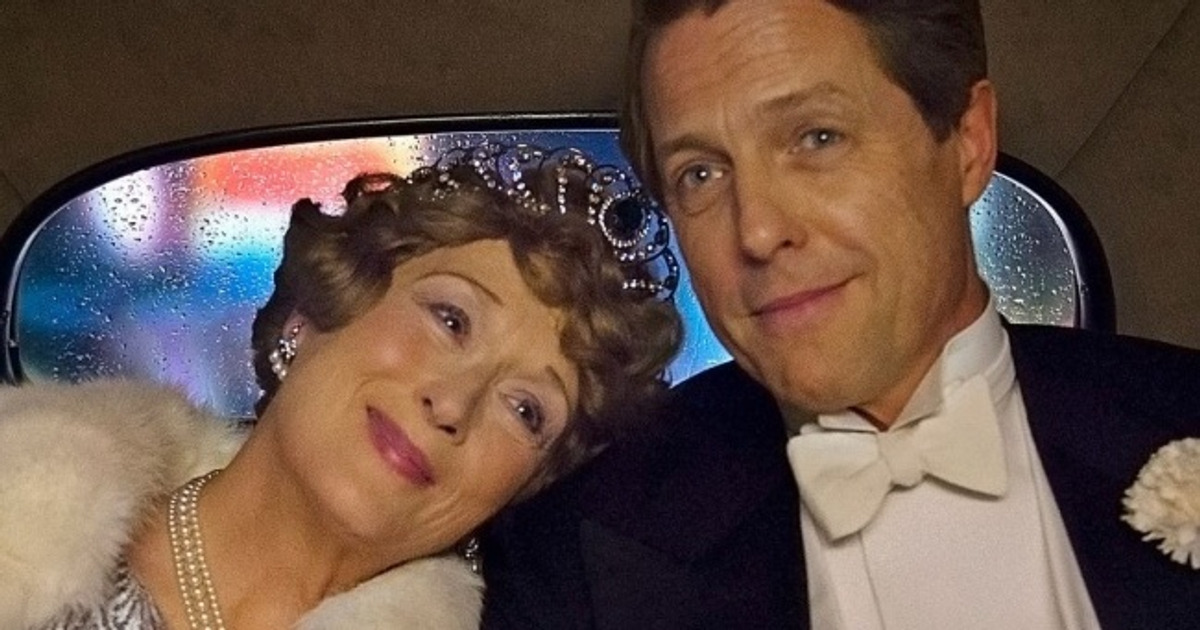 20 Light-Hearted Movies to Help You Forget About Everything

We all feel lazy from time to time, wanting to do nothing more than fall on the sofa and watch a movie, and forget about life’s troubles. We’ve prepared a collection of the best films to watch in these situations — just for you.

A wonderful, truthful movie. Jane owns a flourishing bakery, a new lover and an ongoing divorce. She feels that her life is predictable...until the moment her former spouse, Jake, decides he’ll do anything to have her back.

David tries to help some teenagers who have got into trouble, but ends up being attacked and robbed by a group of hooligans. They take everything he has, and he finds himself in a desperate situation. To get himself out of it, he is forced to find a fictitious family, whom he takes on a gripping adventure.

This tragicomedy is absolutely charming. Maryl Streep’s character is a New York heiress who has everything and yet wants to become an opera singer, despite having a terrible singing voice. But will she learn about it? By the way, her winsome husband was played by Hugh Grant.

The makers of this film managed to create something life-affirming, witty, joyful and charming. At the same time, they managed to avoid overdoing it; the mixture of comedy and drama in the lives of its two completely dissimilar characters turns out to be ideal.

Two women live 10,000 kilometres apart. Both lived unhappy lives. They get to know each other through the internet, on an apartment exchange site for those going on holiday. Having agreed to live in each other’s homes for two weeks, Iris and Amanda completely change their lives. This is quite simply a wonderful and touching film.

Love truly makes the world go round — from the handsome new Prime Minister who momentarily falls in love with his secretary to the writer looking for someone to win his broken heart. Love Actually expertly weaves together a multitude of different plot lines — and it’s captivating and delightful to watch. Plus, it features so many talented actors!

A completely ordinary mid-level manager, played by Jim Carrey, falls into depression. To cope with his problems, he decides to always say ’yes’ to anything and everything that’s suggested to him. From this moment on, his life becomes an incredible adventure.

This wonderful musical, which uses all of ABBA’s greatest hits, will be enjoyed even by those who don’t like musicals. The plot of the film unfolds against the background of magnificent natural landscapes.

What Happens in Vegas

After a crazy night in Las Vegas, two people, who have absolutely no idea who the other is, wake up in the same bed. It turns out that they not only got married, but also won a huge amount of money at a casino. Now, with their minds much clearer, each one dreams up a plan to escape from their other half — but with all the money.

A 100% positive and joyful film. A young woman is scared of commitment. She meets the editor of a glossy magazine who has become tired of dating women looking for serious relationships. It seems that they go perfectly together, but not everything turns out as simple as they had anticipated.

A cheerful and life-affirming film which will make you both laugh and feel for the main characters. Cal Weaver has cheated on his wife, Emily, and wants to get divorced. His life is collapsing. He becomes the protege of the charming Jacob Palmer, who opens his eyes to lots of new possibilities — flirtatious women, strong alcohol and living stylishly. But it seems Jacob himself wants something else entirely.

He’s Just Not That into You

Many young women are worried by the question of marriage. The idea that relationships between men and women are often complicated, with each never quite fully understanding the other’s intentions correctly, lies at the centre of this film. It tells some tough truths, but at the same time its a wonderfully light-hearted and pleasant experience.

Lucy Hill loves luxurious dresses, expensive cars, and climbing the career ladder. She is sent away from sunny Miami on a business trip to cold Minnesota. In order to carry out her work, Lucy has to adjust to the new severe climate as well as the local inhabitants.

A young dentist discovers something extraordinary — every young woman who comes for treatment at his dental surgery soon finds her ideal soulmate not long after. This suits the young man whilst he searches for his own partner. If for no other reason, it’s worth watching this movie for the brilliant performance of Jessica Alba.

A chance meeting between a lonely young woman, June Havens, and the charming Agent Miller leads the pair to travel the world trying to save themselves from hired killers, and at the same time trying to fulfil a difficult task. An action-packed, but light-hearted, action film which you’ll watch on the edge of your seat.

Elizabeth Gilbert, a married woman, one fine day suddenly realises that she’s not living the life that she wants to. After a painful divorce, she sets off to travel around the world in search of new possibilities and to better understand herself. A film for when you’re in a calm, relaxed mood and have plenty of hours to while away.

A film to put you in a fantastic mood. A young man, Nick, stops a young woman with mental health issues, Laila, from killing herself. She traces him down and one evening turns up at his front door...in a night dress and without shoes. And it only gets more wonderful from there.