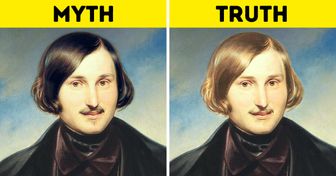 Statistics estimate that nearly 140,000 kids are being adopted in the U.S. every year. Some of those lucky kids have a chance of ending up in a Hollywood star’s family. There are quite a few celebrities out there who’ve turned to adoption, and not just because they couldn’t have children of their own, but because they wanted someone to give their love to.

Bright Side took a glimpse into the private lives of several famous people who’ve gone through adoption and haven’t regretted it for a second.

This South African star is a single mom to 2 kids. She adopted her oldest, Jackson, in 2012, and then took in her daughter, August, in 2015. In 2019, Theron revealed that Jackson is growing up transgender and has her full support in his decision:

“My job as a parent is to celebrate them and to love them and to make sure that they have everything they need in order to be what they want to be. And I will do everything in my power for my kids to have that right and to be protected within that.”

The Grey’s Anatomy actress has 2 adopted daughters with her husband Josh Kelley: Naleigh from South Korea and Adalaide from the U.S. Heigl revealed she always wanted to adopt because she wanted to be a mom more than anything:

“My sister Meg is Korean, and my parents adopted her 3 years before I was born. I wanted my own family to resemble the one I came from, so I always knew I wanted to adopt from Korea. We have talked about having biological children as well, but we decided to adopt first.”

Heigl and Kelley also welcomed their son Joshua way after becoming parents to Naleigh and Adalaide. 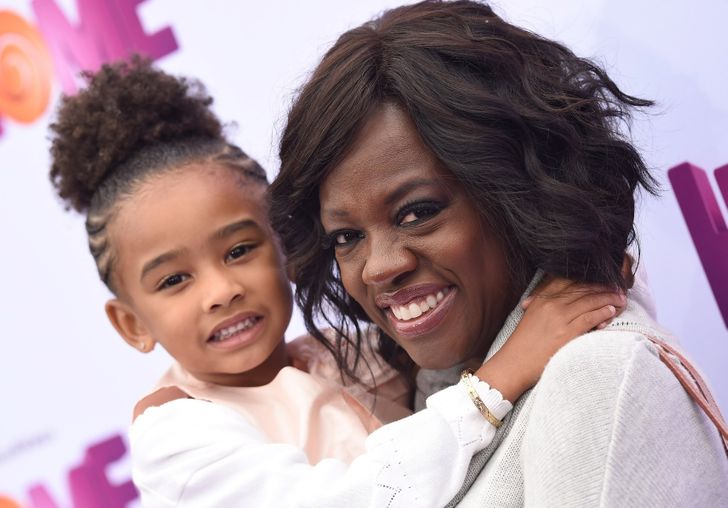 In 2011, Viola Davis became a mom by adopting her daughter Genesis, with her husband Julius Tennon. Davis has this to say about her decision to adopt:

“There are so many ways to mother rather than to carry a child in your body. So many children need parents, and so many of us want to mother. Know that you will experience motherhood to the full extent.” 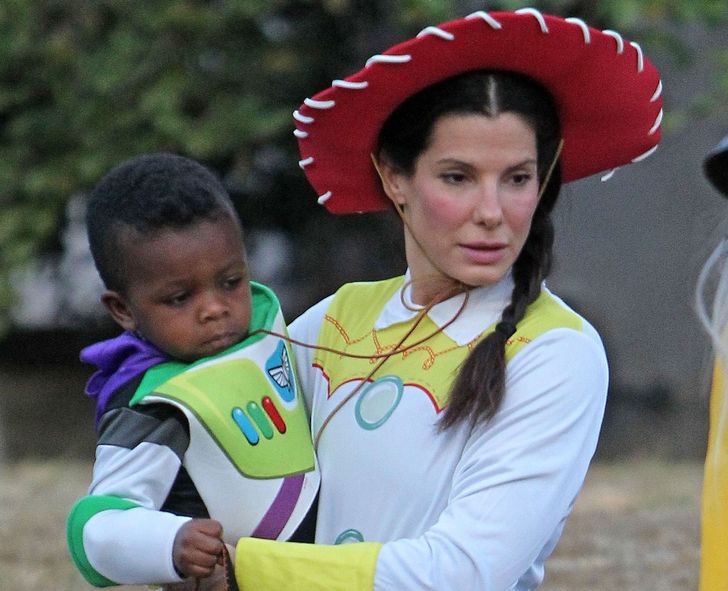 The Oscar-winning actress adopted her first child, her son Louis, in 2010 from New Orleans. She explained that Hurricane Katrina prompted her to do so:

“[Hurricane] Katrina happened in New Orleans and something told me, ’My child is there.’ It was weird.”

Bullock later adopted daughter Laila in 2015. Sandra went through both processes as a single parent.

The Law & Order star and her husband, Peter Hermann, had a son named August before they turned to adoption. One child wasn’t enough for the couple, so they also adopted daughter Amaya and son Andrew in 2011. As Hargitay said:

“August wanted siblings, and Peter and I both envisioned this big family because we both come from that. Plus, we just had so much love to give.” 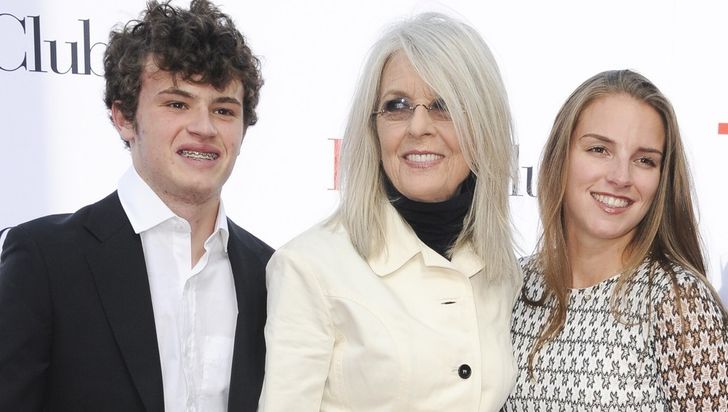 Diane shows by example that it’s never too late to become a parent. The famous actress was already 50 years old when she adopted her daughter Dexter in 1996. 5 years later she also added her son Duke to her family and raised her 2 kids as a single parent. Keaton said the following about becoming a mom late in life:

“Motherhood has completely changed me. It’s just about the most completely humbling experience that I’ve ever had.”

“Adopting my son and daughter late in life — and single — had a transformative effect on me.”

Madonna adopted 4 out of her 6 children from Malawi: her son David in 2006, her daughter Mercy in 2009, and twin girls Esther and Stella in 2017. As a sign of gratitude for her kids, the famous singer helped build a children’s hospital in Malawi and dedicated it to her daughter Mercy James.

Madonna also has 2 of her own children: Lourdes with former boyfriend Carlos Leon and Rocco from her marriage with famous director Guy Ritchie.

Richards is a devoted mom to 3 daughters, one of which she adopted. Denise had her first 2 girls Lola and Sam with ex-husband Charlie Sheen. She adopted her third daughter Eloise in 2011, when she was single. In 2019, the actress revealed that Eloise is growing up with special needs due to a chromosomal disorder:

“I don’t know if [Eloise] is ever going to talk like a typical child. But as a parent, you want what’s best for your children, and you just do it.”

The Hollywood actress adopted her first child, son Roan, in 2000 after learning that having kids on her own would be nearly impossible. She then adopted her 2 other sons, Laird and Quinn, in 2005 and 2006 respectively, and raised her boys as a single mom. Sharon said she always knew she’d adopt:

“I thought, ’This is such a godsend’ ... ‘This is so right.’ I always thought I would adopt. Even when I was young, I used to look up how to adopt.”

Hugh Jackman and his wife Deborra-Lee Furness turned to adoption after going through 2 miscarriages together. As a result, they’re now happy parents of son Oscar and daughter Ava. 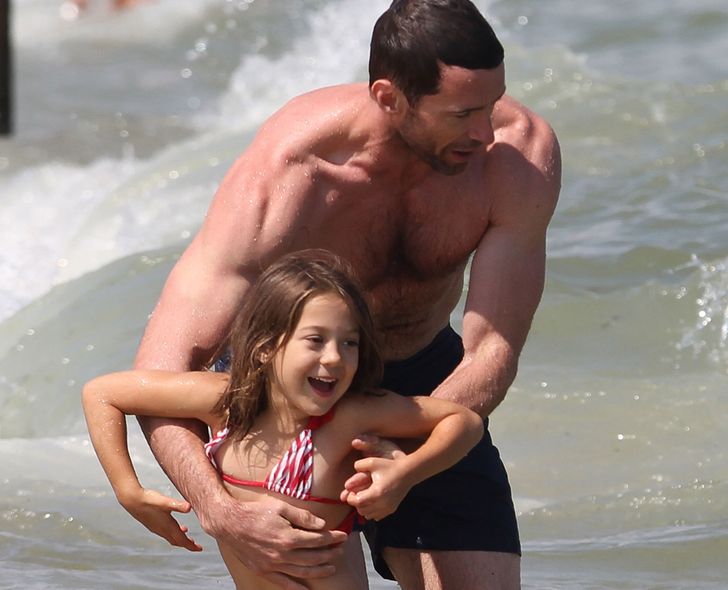 Jackman shared his thoughts on adoption:

“I don’t think of them as adopted ― they’re our children. Deb and I are believers in... I suppose you could call it destiny. We feel things happened the way they were meant to... Adoption is a wonderful thing to do.”

The Halloween star and her husband decided to adopt after failing to conceive for several years. Today, Curtis is a loving mom to daughter Annie and son Thomas. Jamie Lee shared her feelings about adoption in her book:

“Adoption is a very complicated road, filled with incredibly emotional and challenging aspects. At its core, adoption is about loss. It’s one that needs a lot of good support for everybody, so that everyone is clear about the feelings that are being stirred up for everyone.” 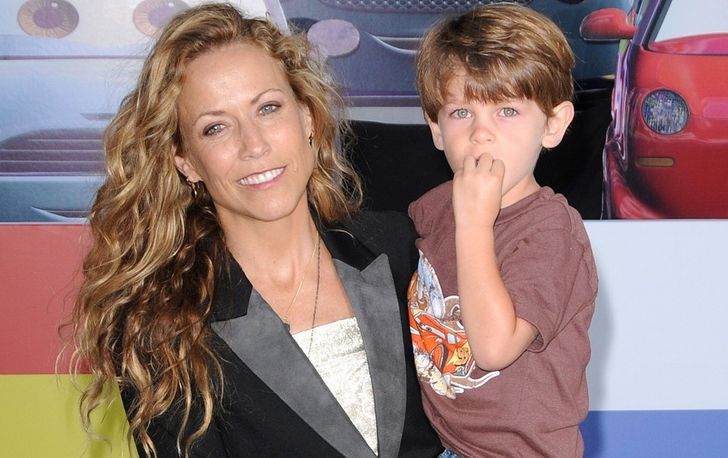 The famous singer is a single mom to 2 boys: Levi (b. 2007) and Wyatt (b. 2009). Sheryl said she adopted not because she couldn’t have kids of her own, but simply because she wanted to help children out there:

“I would have loved to have gone through the whole experience of pregnancy myself... but I didn’t feel like I needed to bring another kid into the world just to satisfy my own needs to become a mom when there were already so many kids in the world that needed one.”

Do you have a personal experience with adoption? Share your own story with us.