Today women from all over the world have to worry every time they check their weight on the scale. And one of the reasons why these worries appeared is because of insurance companies. They were interested in the relationship between weight and human health, and soon they began to calculate body mass index in order to prevent unnecessary expenses on their part. As a result, we ended up using this measurement to measure how close or far to being perfect our body shape is, and torturing ourselves with excessive training and various diets.

Bright Side is trying to understand why the idea of the perfect human body keeps changing and figure out what it will be like in the future. Maybe it’s high time we stopped counting calories and made more free space for cake in our fridge? 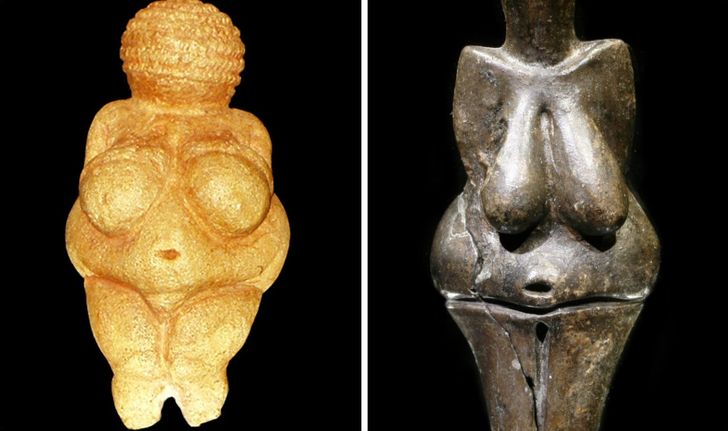 There are many factors that affect the idea of the perfect body shape and one of them is the feeling of hunger. Research has shown that even modern men find plump women more attractive when they are feeling hungry. In the Ancient World wide hips, a big belly, and large breasts were associated with the sensuality and fertility of women. At those times people would often undereat, so women with a larger amount of fat had a better chance of giving birth to a baby and being able to feed them. That’s why men found them more attractive.

Fat women are still considered to be an ideal of beauty in Mauritania and in a tribe in Uganda where food stocks are limited. Moreover, they try to make women fat. Every day leading up to their wedding, Ugandan brides drink several jars of milk, which are about 5,000 calories each, to make themselves more attractive.

It’s society that determines what an ideal will be. 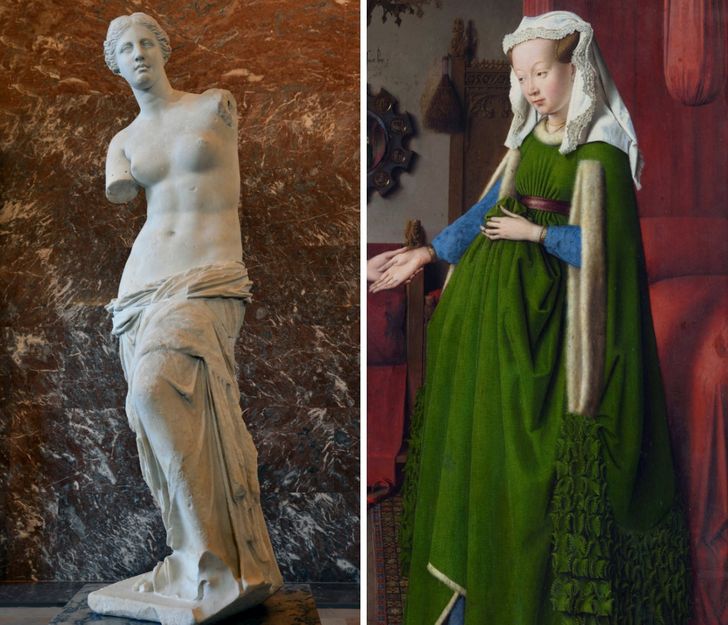 The idea of an ideal body shape is also affected by culture and society. In Ancient Greece, it was depicted by sculptors — feminine statues were not too slim and had an attractive shape. The breasts were not very large because sculptures used to be a symbol of perfection of the human body and not its sexuality.

In Medieval times, it was Christianity that dictated the canons of beauty. Pale and emaciated faces and thin body shapes which reminded people of fasting and abstinence became the beauty standard at that time.

In the times of the Renaissance, women’s body shapes became slim but most of them had a visible tummy. All because the interest in the human personality and body was awakened, so pregnancy was openly shown.

A woman with an hourglass body shape is an indicator of fertility. 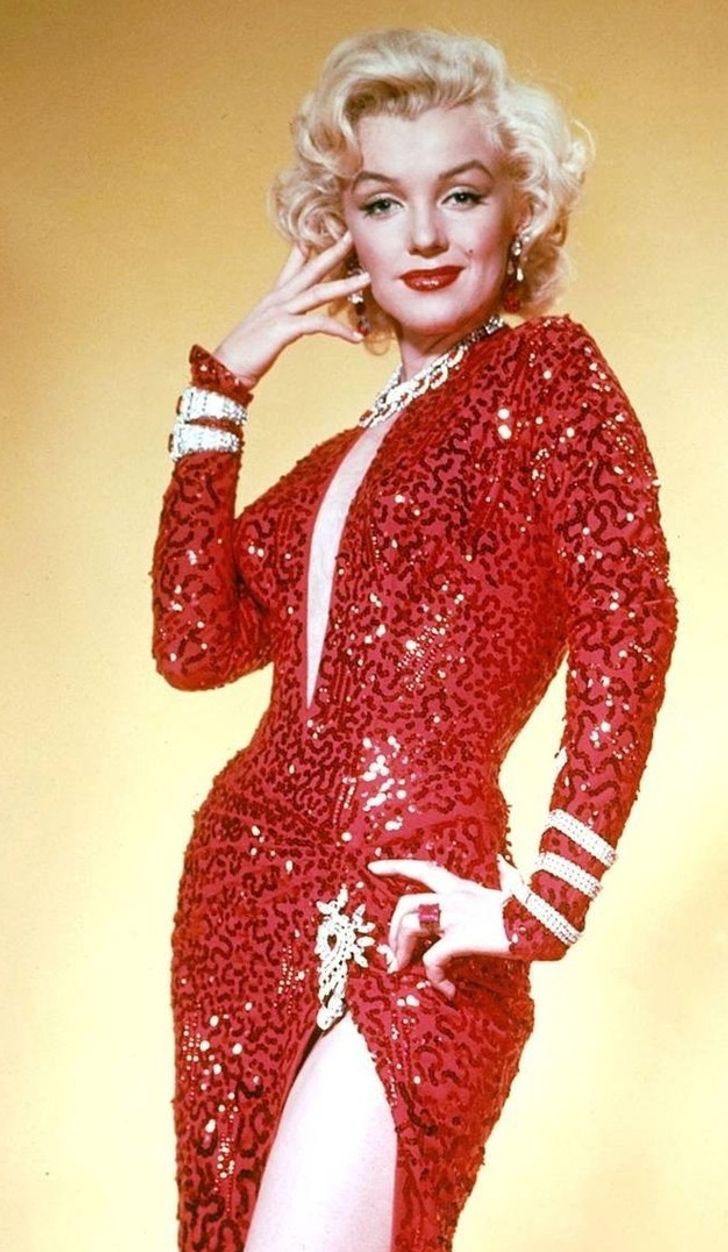 The 16th century began the epoch of corsets that lasted through the beginning of the 20th century. Corsets used to enhance the waist and make the body look like an hourglass. And although this beautiful contrast between the hips and the waist was mostly dictated by the fashion of the times, men’s preferences, formed by nature itself, affected those standards as well. Research has shown that women with large breasts and a thin waist have a higher level of estradiol, while those with a sharp contrast between waist and hips have a higher level of progesterone. Both of these hormones contribute to successful conception. Therefore, women who have hourglass body shapes, have the greatest fertility or the ability to become pregnant.

In the 1950s, after famine and war, this standard of the female body was at the peak of popularity once again. Beauties like Marilyn Monroe, Betty Brosmer, and Jayne Mansfield were rocking men’s worlds with their perfect shapes at those times.

By the way, despite the fact that the Barbie shape is considered the ideal of fertility, in reality, a girl with this shape would be infertile. Moreover, she would be anorexic and only able to move by crawling. A student from Hamilton College showed what a life-size image of this beauty standard would look like.

The appearance of the androgynous beauty standard 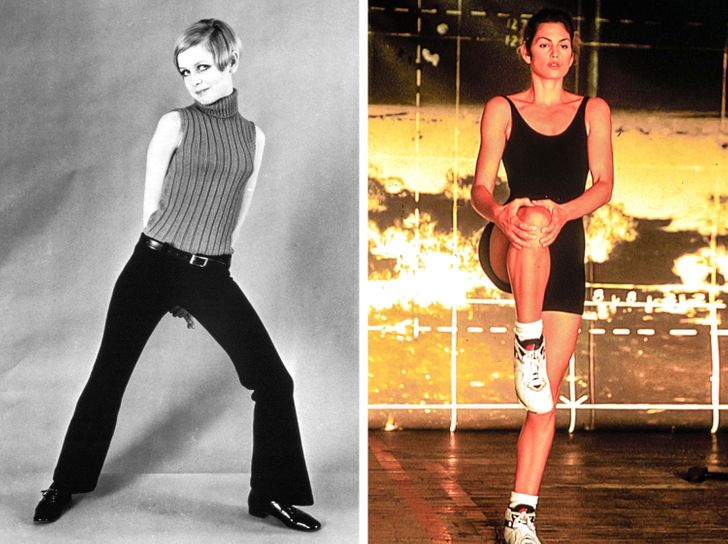 The era of relative freedom for women began in the 1920s. Women stopped trying to please men, they started to cut their hair short, and stopped enhancing their body’s curves. Starting from the 60s, slim and slender body shapes had taken their firm position in fashion. That’s when Twiggy, a teenage girl, became an idol for the young people of those times. She was one of the first models with androgynous features, combining a boyish body shape, and short hair with long eyelashes and huge eyes.

And even though women stopped “tightening” themselves with corsets, they started to constrain themselves with diets and sports. The peak of fascination with a slim, muscular body happened during the 80s where we saw models like Cindy Crawford and Naomi Campbell.

Starting in the 90s, thinness became popular again and the ideal beauty standard of those times was Kate Moss. The media started to spread information widely about the health dangers of being overweight and plumpness started to be ridiculed and associated with a lack of will. Since those times, designers have continued to prefer slim models — those who would easily fit into a size XS.

In the 2010s, due to the increasing popularity of the internet and social media, various body shapes started to gain popularity — from plump plus-size shapes and prominent curves, like Kim Kardashian has — to the amorphous bodies of androgynous models.

Nevertheless, researchers outline that over the past 50 years, men have become very picky. Not only do they prefer women with a sharp contrast between the hips, breasts, and waist, but also with a low body mass index. Which means they like slim androgynous girls.

What will the perfect body shape look like in the future? 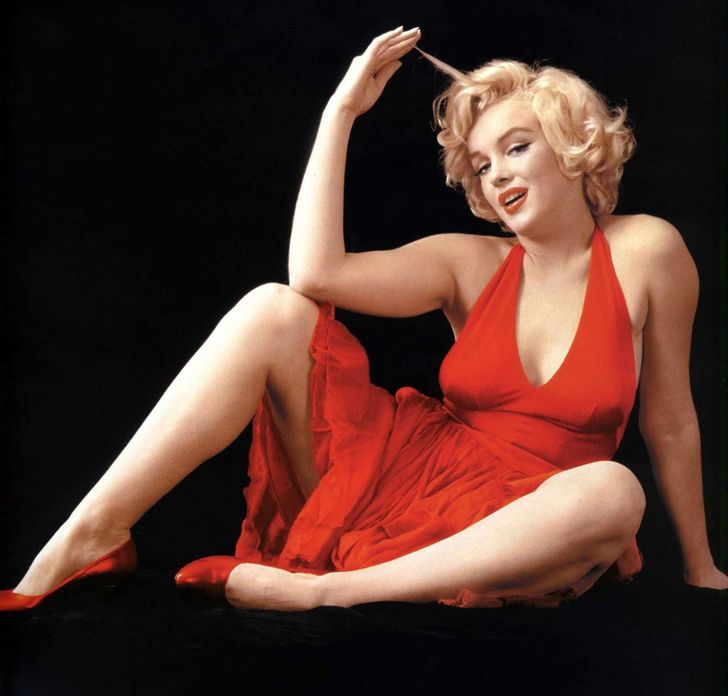 It’s likely that in the near future, a perfect woman’s body will stay slim. And there are several reasons for this:

Television and the internet have become widespread all over the world. The traditional societies of Puerto Rico, Samoa, and Tanzania have always appreciated plump women. However, starting in the 1990s, they began to perceive plumpness as something ugly, having been influenced by European countries.

In rural areas, where physical labor still matters, the shapes of strong and big women are still appreciated. However, men who move from villages to cities, start to change their preferences to more slender girls.

2. Relative satiety of the population

As we have figured out, if there is no war or famine, men prefer more slender women. And since most of the countries of the civilized world have enough food to eat, plump shapes will be associated with obesity.

3. Preference for women with an “hourglass” body shape

It’s likely that a thin waist and wide hips will remain among their priorities. But the trend for slim girls will stay more trendy due to the influence of the fashion industry.

4. Advertisements and the fashion industry are made for slim girls.

Fashion designers most often prefer skinny girls (oftentimes, with a universal boyish look) because any clothes look good on them. Since they work with computer programs, they are free to create not only slim bodies but also body shapes that simply can’t exist.

At the same time, according to statistics, a teenage girl gets 180 minutes of information from various media daily, while she spends only 10 minutes communicating with her parents. Thus, unrealistic standards of beauty are increasingly being introduced into our consciousness and into the consciousness of our children.

Of course, some women and plus-size models have affected fashion to some extent, but it’s unlikely that the effect will be long-lasting. Additionally, fashion designers still keep creating clothes for an “hourglass” body shape, ignoring other types of female shapes. The amount of representatives of the beautiful half of the planet that possess fashion designers’ favorite shapes comprise no more than 8% of the population.

More and more people, including celebrities, keep becoming androgynous, influenced by the idea of feminism. They believe that there should be no difference between men and women, so they start wearing masculine hairstyles and clothes. It’s up to you to decide whether this is good or bad, but it’s likely that the feminine beauty standard in the near future will lack any gender indicators. 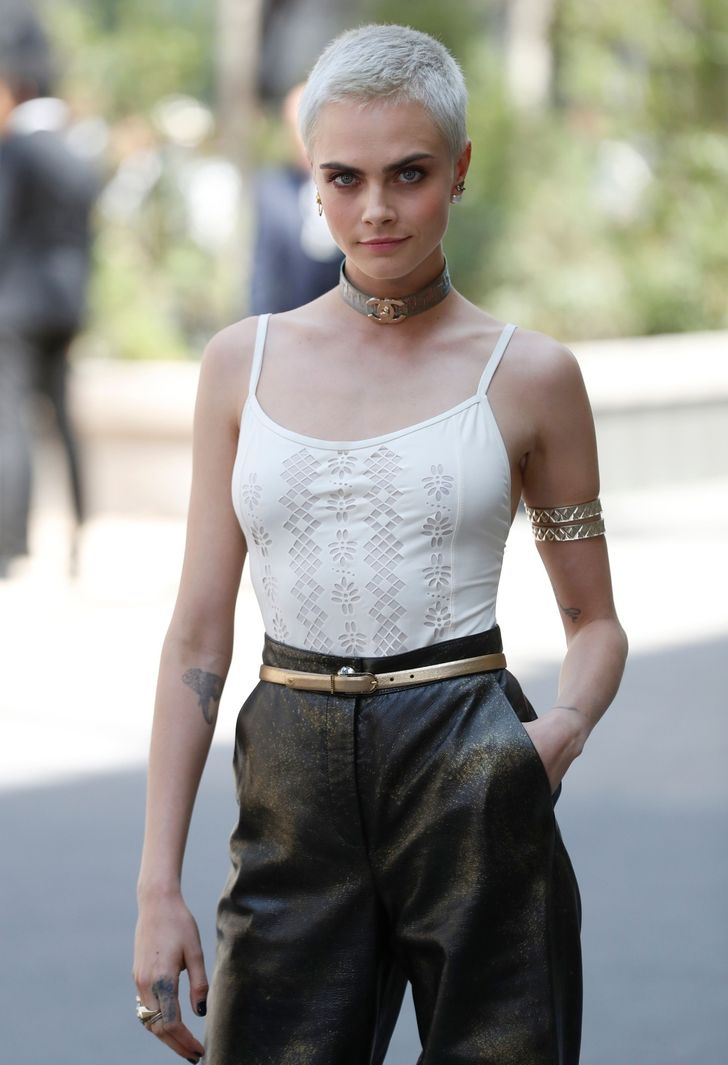 It’s also possible that, thanks to Photoshop, we will make an extremely slender female body shape popular that would only suit a Victorian-era lady sick with tuberculosis.

So. it’s still not the right time to free up space in your fridge for cake. On the other hand, following the Barbie-doll ideal is not the right thing to do either, otherwise we may end up getting an “anorexia nervosa” diagnosis instead of enjoying our body’s beautiful shape.

Do you agree with our prediction of the future’s beauty standard or do you have a different opinion about it? We would be glad to hear from you in the comments!