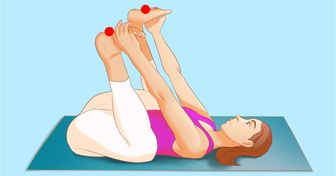 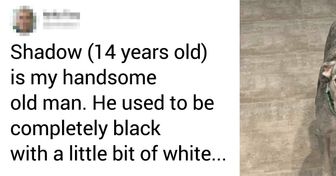 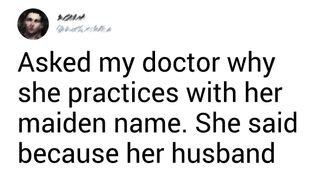 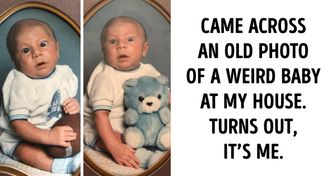 15 Photos From the Past That Give Us the Giggles

15+ Photos That Are Filled With Sweet Sadness

We as humans need to be good — good to ourselves, good to each other, and good to animals. We also need to be reminded that no matter the hardships we face or the problems and struggles we go through every other day, things can always get better. This is exactly what this article is all about as we aim to show you the kindness people have toward one another.

We at Bright Side hope that these 20 photos serve as proof of this sentiment and will hopefully make your day just a little bit better.

1. A woman and her beautiful guide dogs 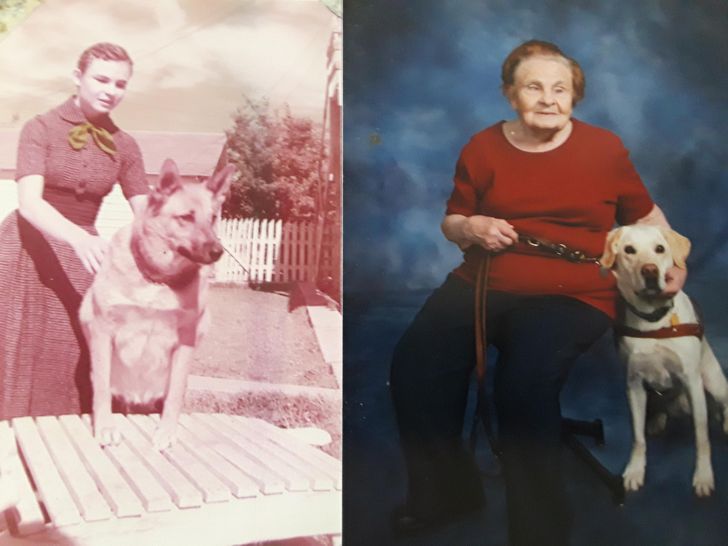 2. A heart recipient letting a mom listen to her daughter’s heartbeat one more time 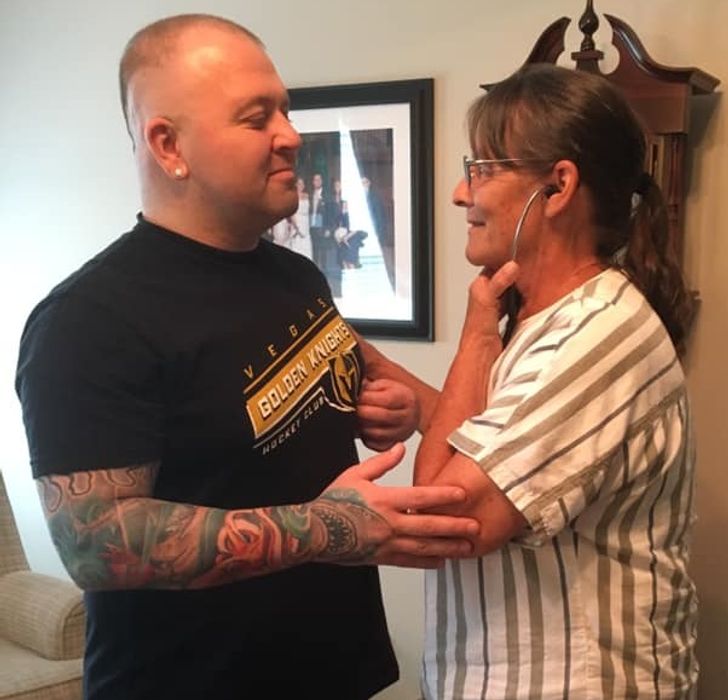 3. A tragic story inspired this man to donate his stem cells. 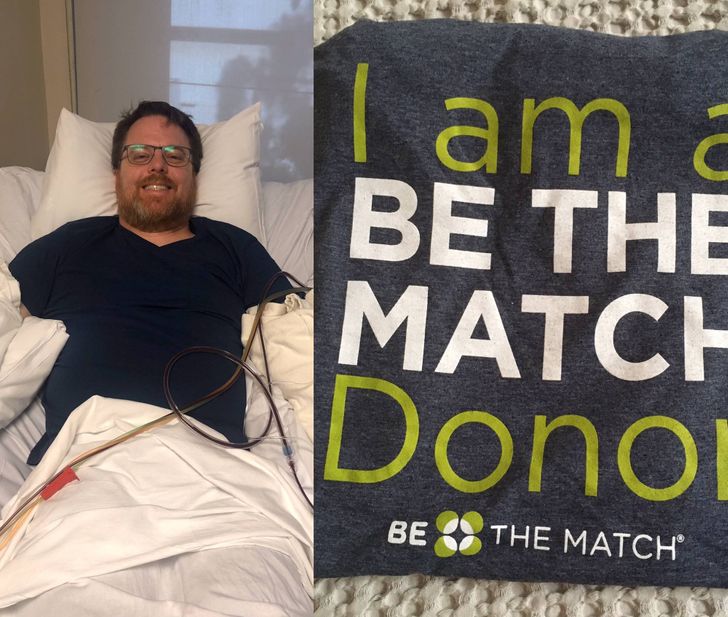 When he was in fifth grade, his best friend died from leukemia and at the time, he couldn’t do anything to help him. That awful event inspired him to donate his stem cells to a stranger who needed them.

4. He wore a nightgown to make his grandma feel better. 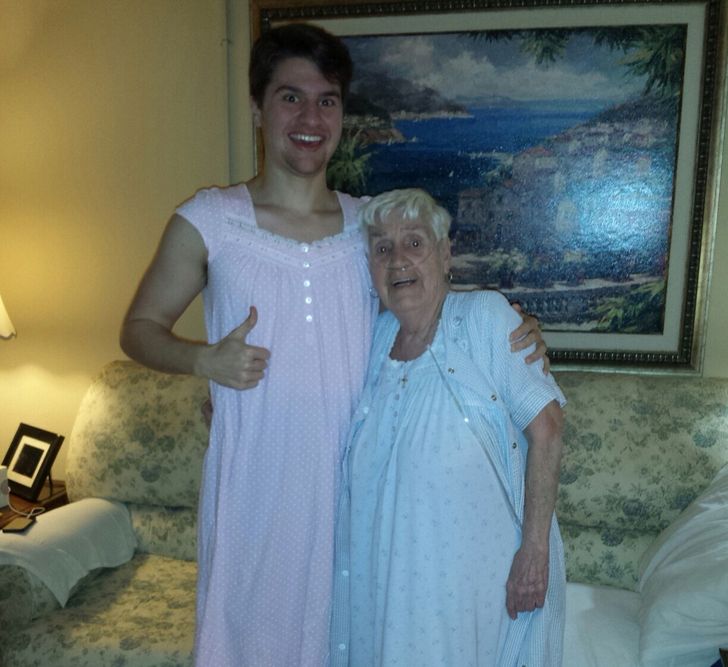 His 84-year-old grandmother felt like she had to apologize for wearing a nightgown in front of her family. The young man immediately tried making her feel better and said that it wasn’t a problem and that it looked comfortable. So, she invited him to wear one too and naturally, he accepted! 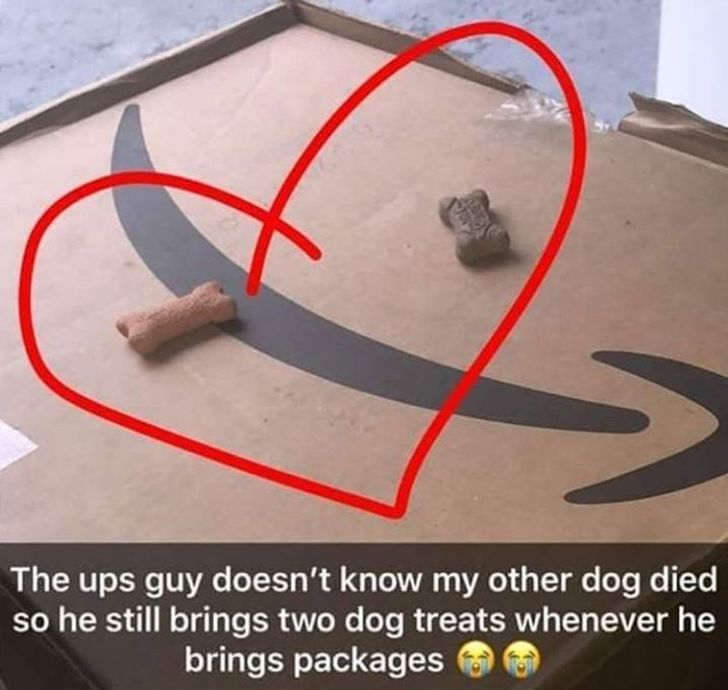 6. She was eating all alone, so he offered to join her. 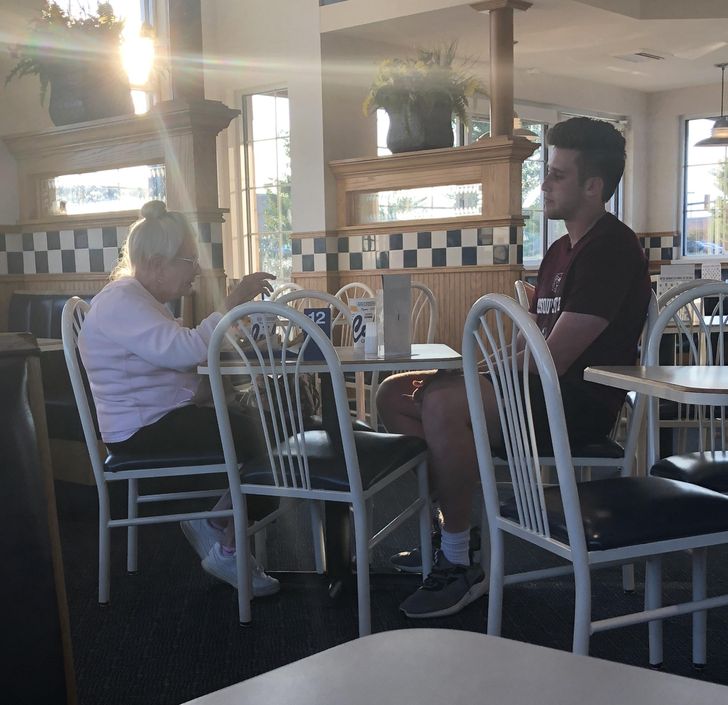 7. A son caring for his elderly mother 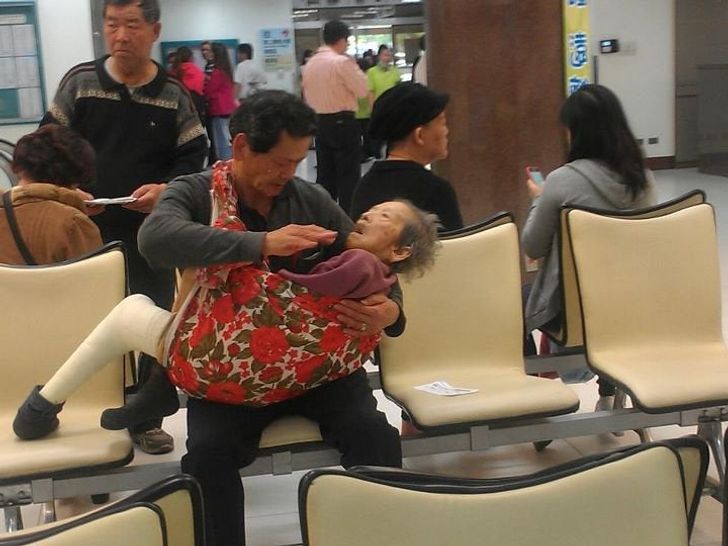 8. The significance of this clover will bring a tear to your eye. 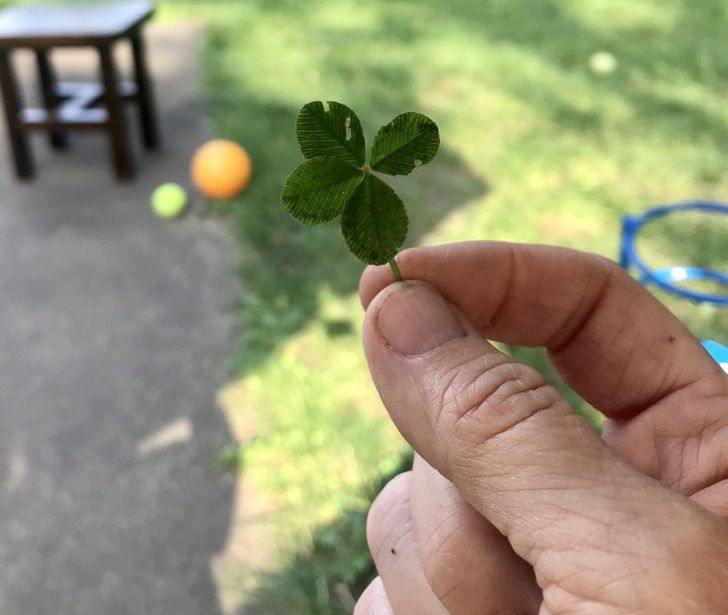 When he was young, his dad told him that if he found a 4-leaf clover he would give him $5. His dad may no longer be with him, but after finally finding one he shouted, “Dad, you owe me 5 bucks!”

9. We’re sure this has made somebody’s day better. 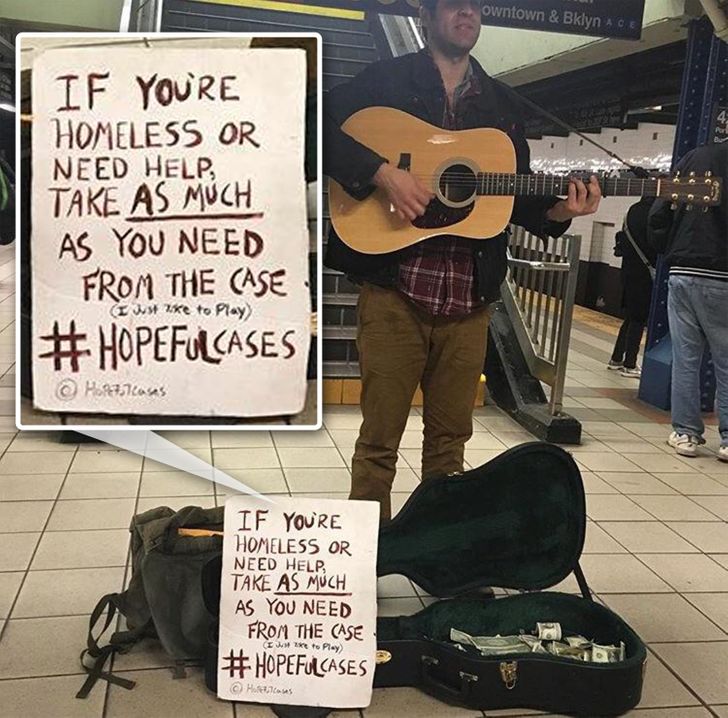 10. He takes a portrait of his wife with him every morning. 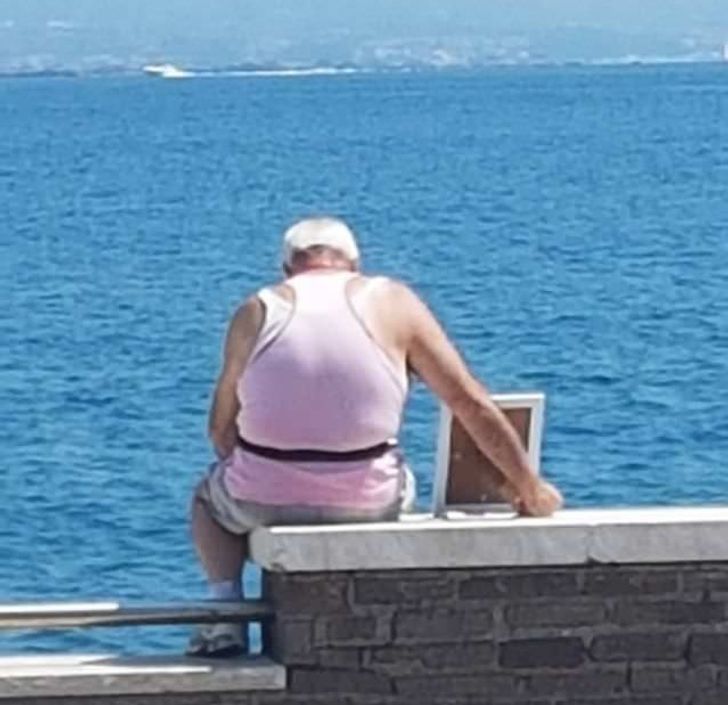 This pier was very special to this man and his wife. She passed away years ago and ever since then he’s been taking her picture to the very same spot where they fell in love.

11. A blind dog saved her family and their other pets from a fire. 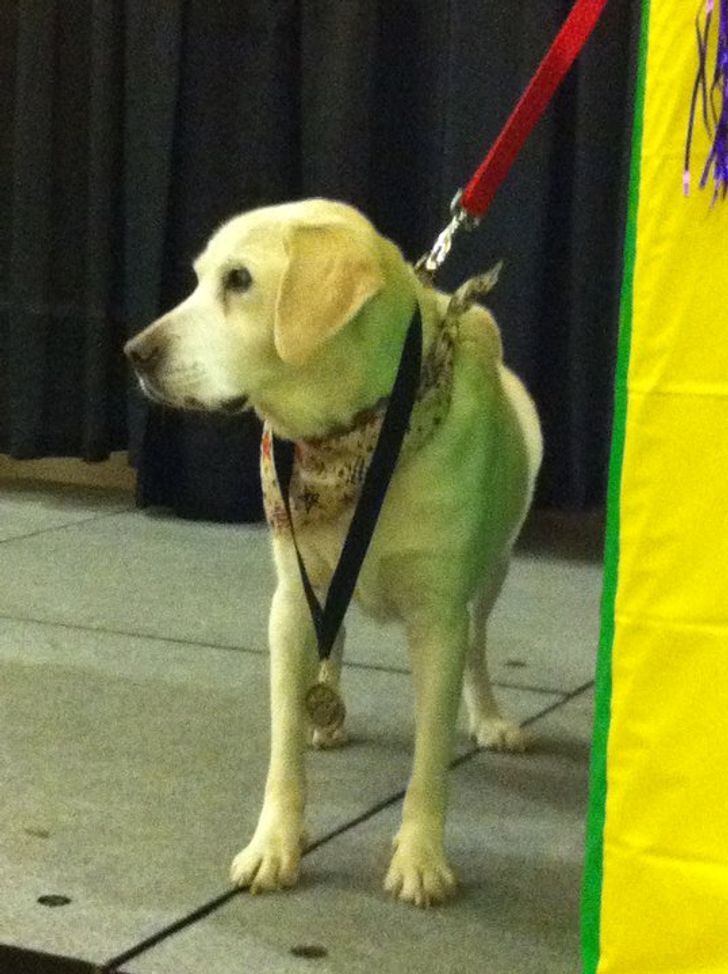 Meet Molly, a blind 11-year-old hero with 2 heart defects. However, that didn’t stop her from saving 7 people, 2 dogs, and 4 cats from a house fire!

12. A student being comforted after losing his mother 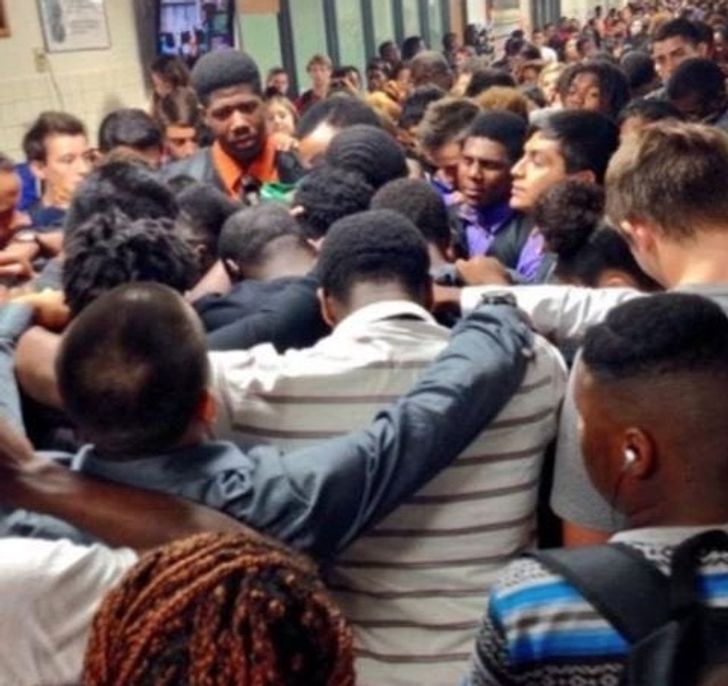 High school students from Texas are comforting their classmate after his mother lost her battle with cancer. 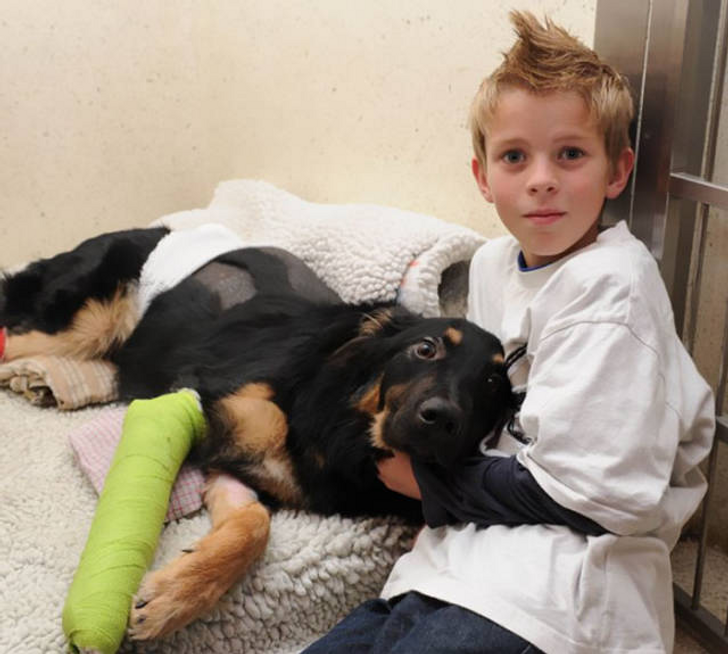 The sweet dog pushed his buddy out of the way of an oncoming truck, taking the hit and getting run over instead. We are happy they are both okay!

14. Volunteer fathers showed up for kids without father figures. 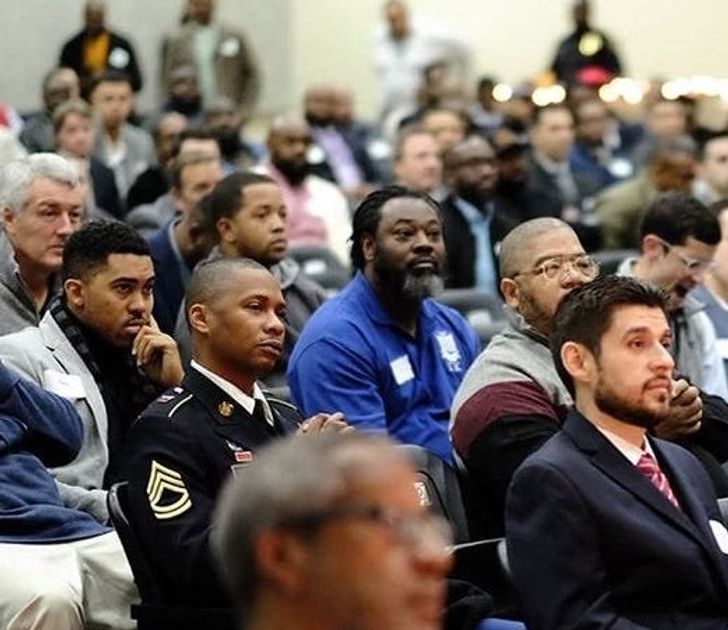 A middle school started a “Breakfast With Fathers” project, but many students didn’t have a father figure so they posted an invitation on facebook, looking for 50 and 600 showed up!

15. His girlfriend gave him the best present ever. 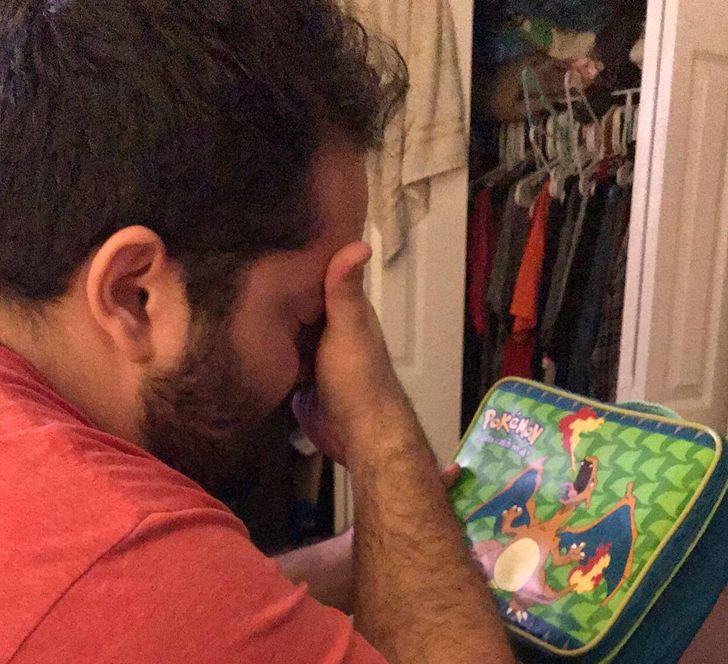 He grew up extremely poor had always wanted a Charizard lunchbox because he thought that way he’d feel normal and accepted at school. 18 years later, his girlfriend found it on eBay and bought it for him! 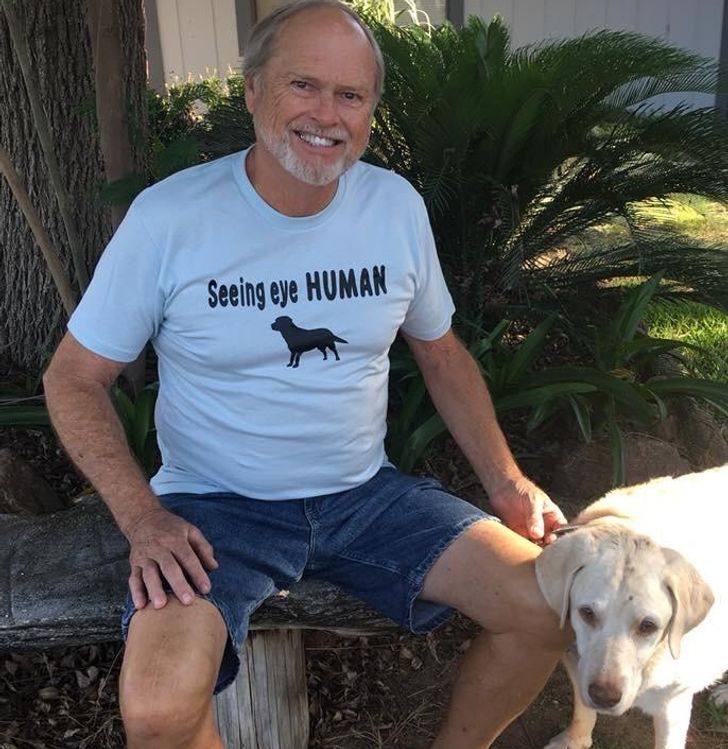 17. He finds a fun way to stimulate his grandpa’s brain function. 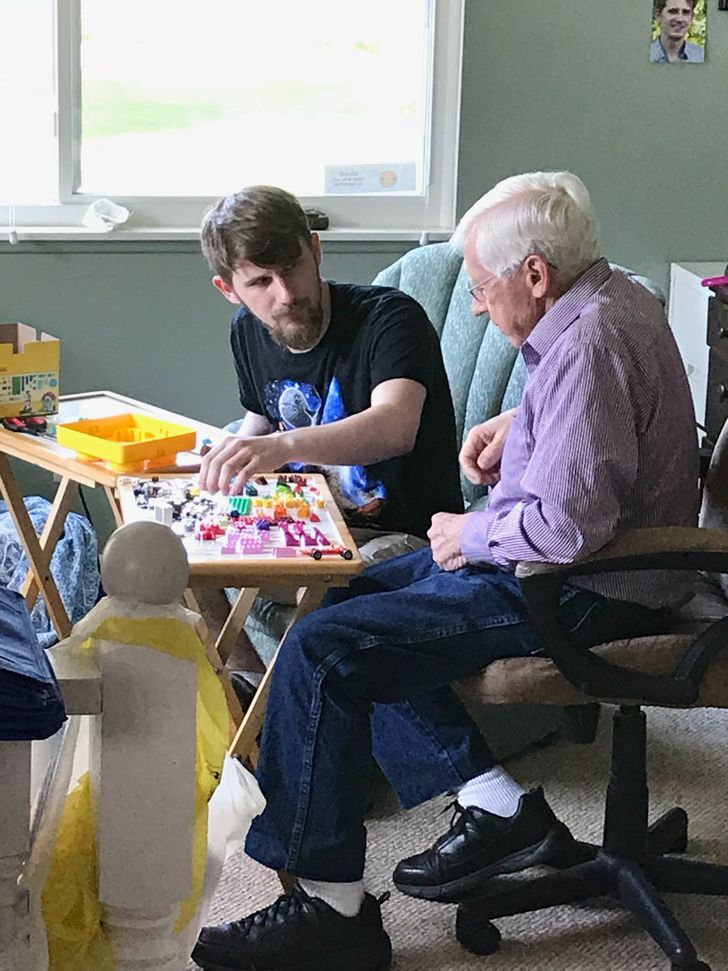 His grandfather has been losing his brain function with age, so he had an idea to try using Legos to stimulate brain activity and keep him thoughtful.

18. A goalkeeper comforting a teammate who was racially abused. 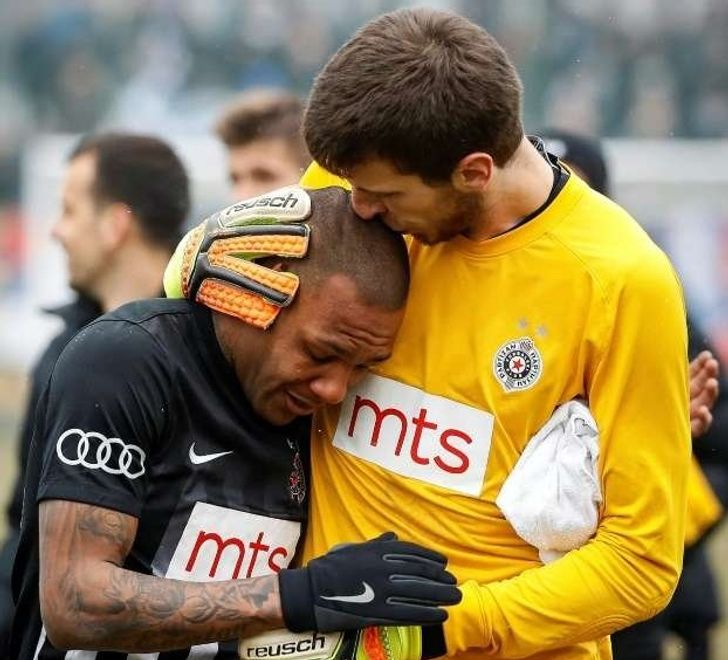 The goalkeeper from the soccer team, Partizan Belgrade comforted his teammate after he received racial abuse for the entire 90 minutes of the match.

What is a sad but sweet story you have? We’d love it if more of our readers would share stories like these so we don’t forget that no matter how bad things seem, they do get better!