One year ago in his speech at the Oxford University Union, the legendary Stephen Hawking proclaimed that humanity can only survive for another 1,000 years.

We at Bright Side wanted to know whether our future is doomed or bright, and so we compiled the most exciting predictions for a new millennium. 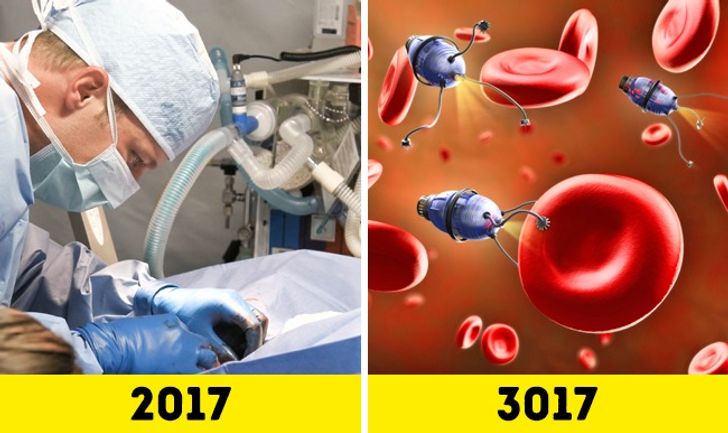 Billionaires are already investing millions of dollars into research on slowing or stopping aging completely. In 1,000 years, medical engineers could design remedies for each component that causes tissues to age. Gene editing tools are already here, which could potentially control our genes and make humans immune to disease.

8. Humans will move to another planet. 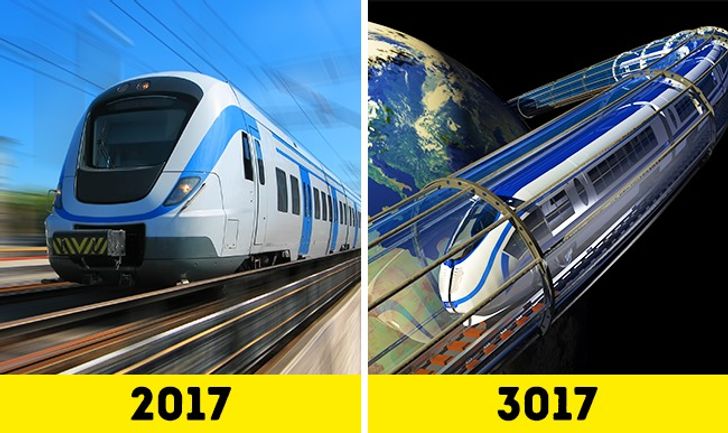 In 1,000 years from now, the only way for humanity to survive might be to establish new settlements in space. SpaceX has a mission to "enable humans to become a spacefaring civilization and a multi-planet species by building a self-sustaining city on Mars." The founder of the company, Elon Musk, hopes to have the first launch of their spacecraft by 2022, with 4 flying to Mars by 2024.

In his speculative thought experiment, Dr. Kwan hypothesized that in the distant future (more than 100,000 years from now) humans will develop a larger forehead, larger nostrils, larger eyes, and more pigmented skin. Scientists are already working on ways to edit genomes so that parents can choose the way their children will look.

6. There will be super-fast intelligent computers. 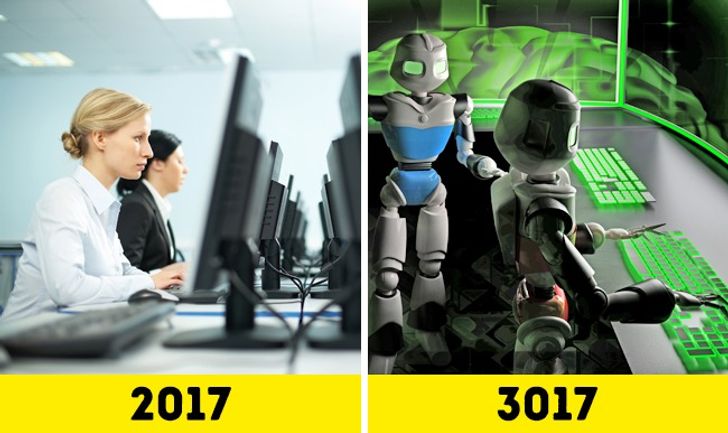 In 2014, a supercomputer carried out the most accurate simulation of the human brain to date. In 1,000 years from now, computers are predicted to match and overtake the computational speed of the human brain and solve tasks that take a normal computer a decade to solve.

In the new century, quantum computers will be helpful in developing more effective drugs and diagnoses, enhancing space exploration, and helping automobiles drive themselves. At the same time, quantum computing might pose a real threat to privacy and information security. 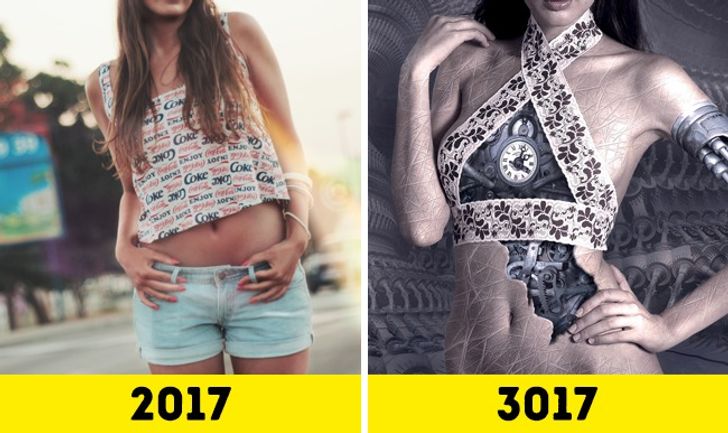 Machines can already enhance human hearing and eyesight. Scientists and engineers are developing bionic eyes to help blind people see. In 1,000 years from now, merging with technology might be the only way for humanity to compete with Artificial Intelligence.

Merging human minds with computers would create a superbrain that could perform complex equations and search the internet just by thinking.

4. Mass extinction is on the way. 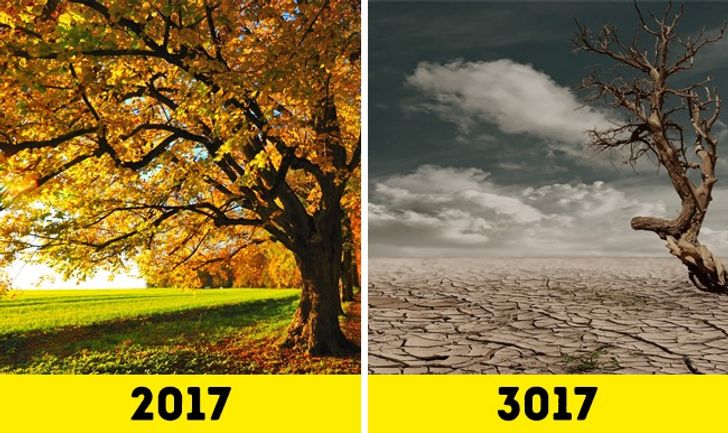 The last mass extinction wiped out the dinosaurs from the face of Earth. A recent study revealed that the rate of extinction for species in the 20th century has been up to 100 times higher than would have been normal without human impact. According to some scientists, only the gradual shrinkage of the human population can help civilization to persist.

3. We will all speak the same global language. 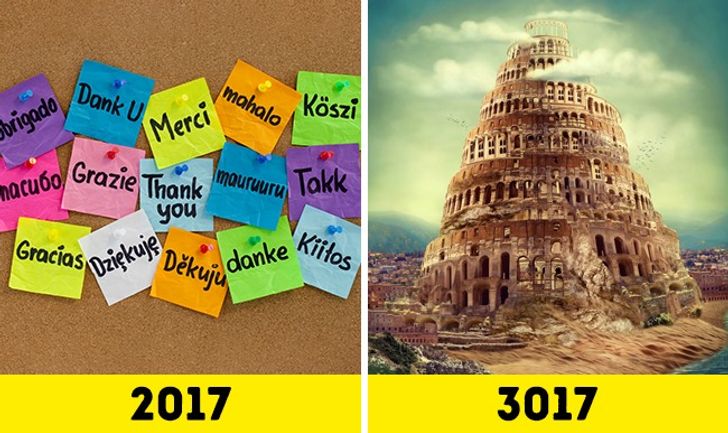 The major factor that is most likely to lead to a universal language is the streamlining of languages. Linguists predict that 100 years from now 90% of languages will disappear due to migration, and those that remain will become simplified. A Tower of Babel scenario still seems unlikely though.

2. Buildings will assemble and disassemble on command. 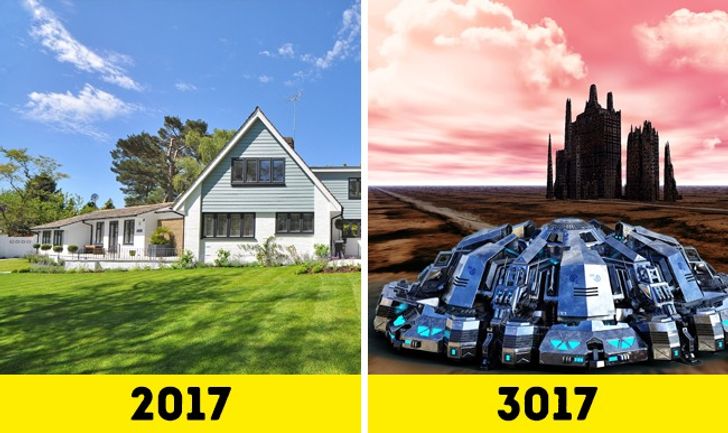 In the future, humans are likely to be able to create a virtual world around them, using the concept of utility fog. The utility fog idea was introduced by Dr. Hall and represents a polymorphic material comprised of trillions of interlinked microscopic "robots" that can essentially create any shape.

1. Nanotechnology will solve the energy and pollution crisis. 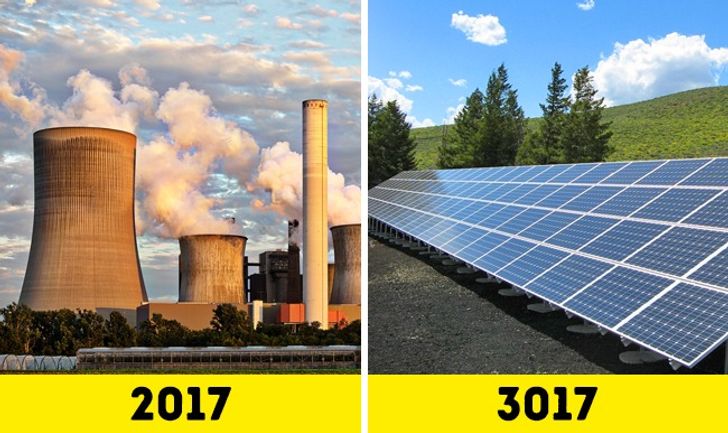 1,000 years from now, nanotechnology will be able to clean up environmental damage, purify water and air, and capture the energy of the Sun. New materials will answer the need for new environmentally friendly and more efficient energy storage technology.