15 Celebrity Siblings Who Made a Name for Themselves

Although some of celebrity siblings have lived in their famous sibling’s shadows, others have managed to carve their own path. Think about Ashlee Simpson, whose great musical debut was completely independent from Jessica’s career.

Because of that, Bright Side took the time to check what other celebrity siblings were up to and found those who managed to make a name for themselves in the industry without depending on their family’s popularity.

Not only is she Pop Princess Britney Spears’ younger sister, but Jamie Lynn Spears also has a promising career as an actress that has nothing to do with Britney Spears. She was launched to fame by Nickelodeon’s Zoey 101, where she was cast to play the protagonist. At age 16, her pregnancy forced her out of the industry momentarily, before coming back to the small screen in 2013 with I Am Britney Jean and When the Lights Go Out. This blossoming period that lasted until 2016 gave her the chance to tell her story on what it means to be judged by society for being a teenage mom. Slowly but steadily, her career took off again. She first launched a few singles as a soloist before joining the Sweet Magnolias cast.

Ashlee, besides being Jessica Simpson’s sister, is an actress and a singer. She became famous after starring in The Ashlee Simpson Show, a reality TV show where cameras followed her during the adventurous recording of her first album, Autobiography, which included hits like, “Pieces of Me” and “La La.” She launched her second album in 2005 and, despite it not being as successful as Autobiography, it was well received by her fans. In 2008 she made a subtle comeback with a third album targeting an adult audience. Today, husband Evan Ross (Diana Ross’ son) and Ashlee work together as a duo called Ashlee + Evan.

Beyoncé’s sister is also an actress, singer, songwriter, and model. At age 16 she launched her first album as a co-star and co-producer. Despite not being as successful as she had wished, her album made a good debut on the music charts. In 2008 she launched a second album, which was acclaimed by the critics and managed to get to Billboard 200’s 9th position. But it was her third album who launched her to fame after gaining the number one position on the Billboard 200 chart. In fact, the single “Cranes in the Sky” won her a Grammy for the best R&B performance in 2016. She released a fourth album in 2019.

Casey is Ben Affleck’s younger brother and an actor. Between 1990 and 2000 he had a few secondary roles in films and he collaborated with Ben Affleck on some of his projects. Nevertheless, 2007 was his breakthrough year: After being acclaimed by critics for his performance in Gone Baby Gone he received an Oscar for Best Performance in a Supporting Role with The Assassination of Jesse James by the Coward Robert Ford. His 2017 Oscar for Best Performance in a Leading Role for Manchester by the Sea was the long-awaited cherry on top.

Elle is Dakota Fanning’s younger sister, as well as an actress and a model. She’s the youngest of the Fanning clan and began her career when she was barely 2 years old, impersonating young Dakota in My Name Is Sam. Some of her best performances are Daddy Day Care and Somewhere, which won her a Golden Lion at the Venice International Film Festival. She has also received important nominations for her work in Hollywood. In 2014 she was cast to play Princess Aurora’s part (the Sleeping Beauty) in Maleficent. In 2020, the Fanning sisters will be together again in The Nightingale, a movie adaptation of Kristin Hannah’s most popular novel.

Dave, James Franco’s little brother, is an actor too. He entered the acting world via various TV shows such as 7th Heaven. He had important roles for his career in well-known movies like 21 Jump Street and Now You See Me. In 2011 he played a leading role in the comedy Fright Night. His debut as a director had to wait until 2020’s The Rental, a horror movie starring his wife, actress Alison Brie.

Famous twins Mary Kate and Ashley Olsen have a younger sister and she’s an actress too. Elizabeth began her acting career at a young age, just like her sisters. She actually appeared in a few of their movies. Her first and most important role came in 2011 with Martha Marcy May Marlene whose performance received various nominations and awards. Further along the line she worked on Godzilla’s remake, Avengers: Age of Ultron, Captain America: the Winter Soldier, Captain America: Civil War and Avengers: Endgame, where she played the Scarlet Witch. At the start of 2020, Disney+ released the first trailer of the awaited new show WandaVision starring Elizabeth Olsen.

Frankie is a producer, theater actor, and YouTube celebrity, as well as Ariana Grande’s half-brother. Before appearing in popular movies like Mamma Mia!, he played and sang in Broadway’s musical Rock of Ages. He has also produced other theater shows and since 2012 he hosts comedy videos on YouTube. Together with Ariana Grande, he co-founded the Broadway in South Africa foundation and he is also a philanthropist.

Just like his older brother Nick Carter from the Backstreet Boys, Aaron is a singer and songwriter. He made his debut at the end of the ’90s with an album that sold about a million copies all around the world. His second record was so popular that, in the U.S. alone, he sold 3 million copies. This earned him the chance to appear in Nickelodeon specials and tour with The Backstreet Boys. When he turned 16 he worked on what would become his last album before a long interruption. Since then he’s only appeared on shows like Dancing With The Stars and in Broadway musicals. In 2014 he announced that he had the intention of coming back to music, but that fans had to wait until 2018 to get Aaron’s fifth album.

Although both brothers are very famous, they hardly get along. In fact, in 2019 Nick asked a judge to grant him a restraining order against Aaron.

Kendall and Kylie became famous by doing 2 completely different things: the first one is a model whereas the second one is a successful business woman and clothing designer for her own brand. They are daughters of Caitlyn Jenner — formerly known as Bruce Jenner, who became famous by winning the decathlon gold medal in the Montreal Olympics of 1976— and socialite and producer of The Kardashians Kris Jenner. Kendall and Kylie are Kourtney, Kim, Khloé, and Robert’s half-sisters from the Kardashian side and Brody, Brandon, Burton, and Cassandra’s from the Jenner side.

Despite carrying a famous name, the Jenner sisters have carved their own path thanks to The Kardashians. Kendall used the show as a stepping stone to start a promising career in the modeling industry, whereas Kylie became the youngest self-made billionaire ever in 2019.

Maggie is Jake Gyllenhaal’s older sister and is an actress too. Her career started in a movie directed by her father. Her major breakthrough came after starring in the indie modern classic Donnie Darko. Then The Secretary came along with a Golden Globe nomination to further promote her career. She has taken part in both big and modest productions including Batman: The Dark Night and Mona Lisa Smile, to name a couple. In 2014, she made her Broadway debut and starred in the miniseries The Honourable Woman, which finally landed her a Golden Globe. Between 2017 and 2019 she produced and starred in series like The Deuce and The Kindergarten Teacher. 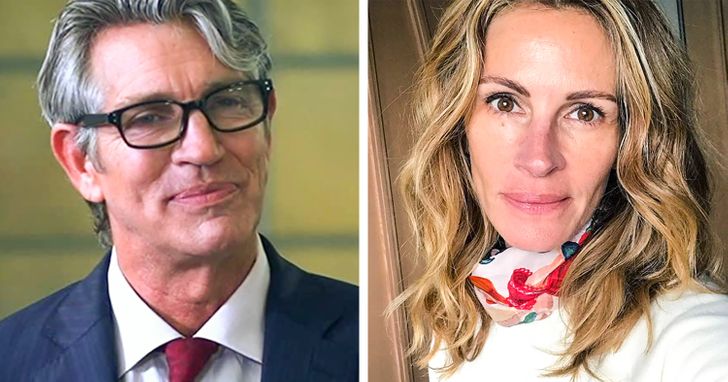 Julia Roberts’ older brother Eric is an actor too. He started his career with movies like King of the Gypsies and Runaway Train. Besides gaining the public’s favor, he was nominated for a Golden Globe and an Oscar for the best performance in a supporting role. He has more than 40 years of experience in acting, including both movies and TV shows, and he can proudly show off titles like The Specialist, National Security, The Young and the Restless, and The Expendables. He is also the father of rising star, Emma Roberts.

David Arquette is an actor and youngest sibling of Oscar winner Patricia Arquette. He became famous during the ’90s thanks to his lead role in the Scream saga, Never Been Kissed, and Buffy the Vampire Slayer. Arquette didn’t manage to firmly grow as an actor. He occasionally appeared in rom-coms and TV dramas. He is now focusing on his career as a professional wrestler.

Twins Tia and Tamera Mowry’s little brother, Tahj, is a singer and an actor. His career began with the show Smart Guy. He was then cast by Disney for several productions including the animated series Kim Possible, where Tahj plays Wade. In 2015 he released his first EP containing 6 songs, titled Future Funk. In 2017, he starred in the movie Welcome Matt.

Inspired by his brother Donnie’s successful career as a rapper (New Kids On The Block), actor, singer, and producer Mark Wahlberg became a rapper under the name Marky Mark & the Funky Bunch. His first album made the lists so early in his career, he used his acquired fame as a stepping stone to land a contract as a model. He then began his Hollywood adventure with instant classics like Renaissance Man and Boogie Nights. He was nominated for a Golden Globe and an Oscar several times, as Best Performance for a Supporting Role. He also produced several seasons of the series Entourage. He is currently focusing on keeping the restaurant he owns together with his brother Donnie afloat. He will soon star Netflix’s Spenser Confidential.

Did you know that these celebrities had famous siblings?