The world of cinema has managed to boost the career of many actors and tell stories that have become classics. It has also influenced the footwear industry. Whether intentionally or accidentally, there are designs of all kinds that became a huge sensation by just appearing on screen for a few minutes. Some of these styles have become part of the most popular accessories from the big screen.

Bright Side shows you a selection of shoes, boots, and sneakers that have glowed in their own light in movies and are part of cinema’s most valuable memories.

1. Ruby slippers (The Wizard of Oz) 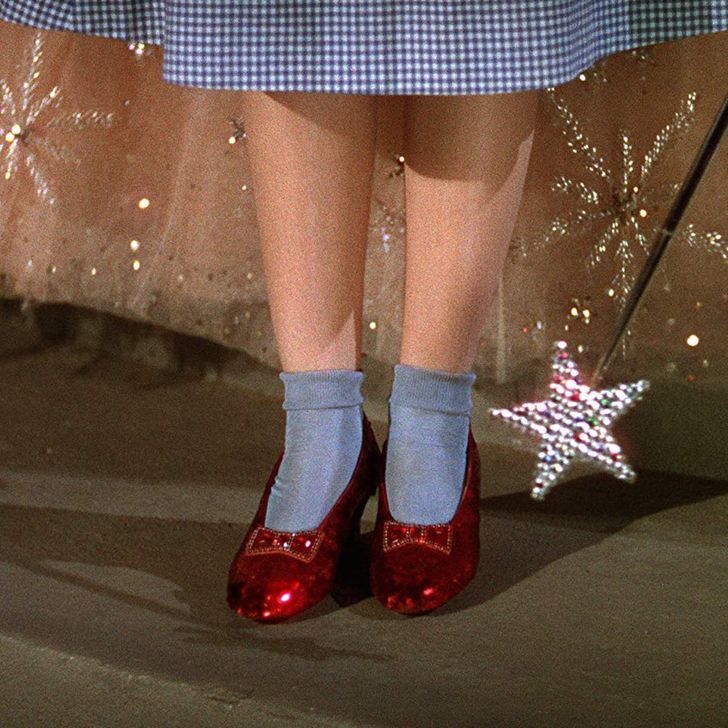 © The Wizard of Oz / Metro-Goldwyn-Mayer

These ruby slippers were used by actress Judy Garland in her role as Dorothy Gale in the 1939 film The Wizard of Oz. Unlike the original novel, in which Dorothy’s footwear is silver, the film used a pair with red sequins to take full advantage of the technicolor filming technology that was new at the time. Although several identical pairs were created for the film, only a few remain. One of them was stolen in 2005 and recovered 13 years later. Another pair is exhibited at the National Museum of American History in Washington, DC.

Inspired by the fairytale by Hans Christian Andersen, The Red Shoes was released in 1948. In this film, a pair of red ballet shoes were the main protagonists. Unlike the traditional white or pink color for this footwear, the intensity of the color red in these shoes emphasized the story of a dancer who was played by Moira Shearer. She put on these ballet slippers and didn’t stop dancing until she fell asleep, an essential factor for understanding the plot of this classic movie. 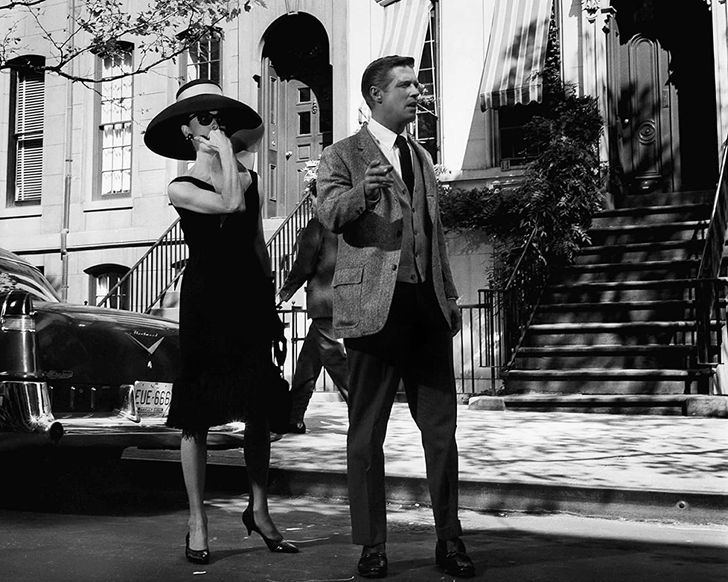 Audrey Hepburn was a beautiful woman on and off the screen. This iconic diva knew how to set trends in fashion, which she did with kitten heels. The actress began wearing these heels in the ’50s. But it wasn’t until the 1961 film Breakfast at Tiffany’s that this shoe was established as a famous pair that was suitable for the masses. After this movie, many important women and public figures started wearing these shoes, and it became an elegant shoe choice for both formal and informal events. 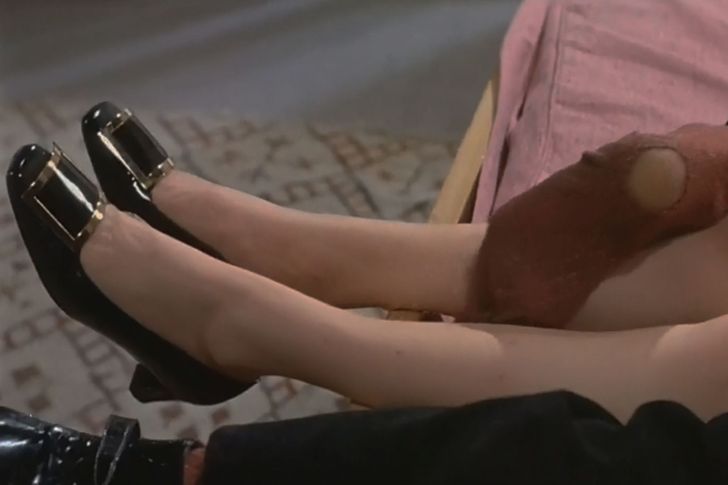 In the 1967 film Belle de Jour, the character Séverine (Catherine Deneuve) was characterized by wearing the most sophisticated clothing and footwear, including Belle Viviers, created in the 1960s by the shoemaker Roger Vivier. The black patent leather pilgrim-style shoes, with a low heel and a large metal buckle, caused a riot among women. Its glory came with its appearance in the Luis Buñuel film. To date, this model is marketed in different styles by the designer’s shoe house. And half a century later, the actress and the brand were reunited in a special video. 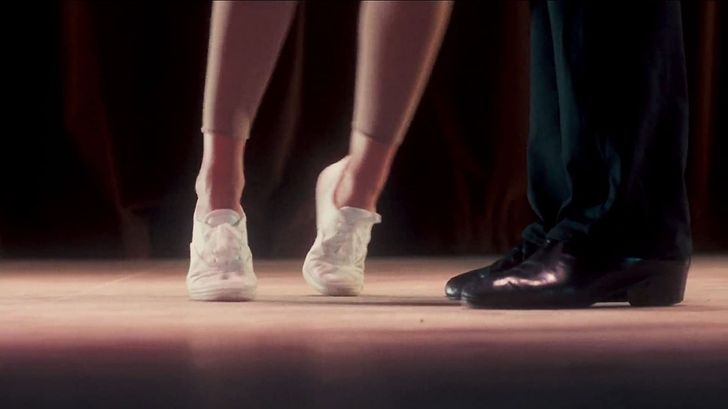 Jennifer Gray put on an excellent performance as Baby Houseman for the 1987 movie Dirty Dancing, and part of the success was because of her feet, with her white Keds Champion sneakers. These rubber-soled canvas sneakers were created in 1916. They were considered one of the first accessible and comfortable options for women. According to the words of Emily Culp, head of marketing for the brand, the cameo appearance of the Champion model increased sales tenfold. Today, these sneakers continue to enjoy success and have been part of the image of artists like Taylor Swift. 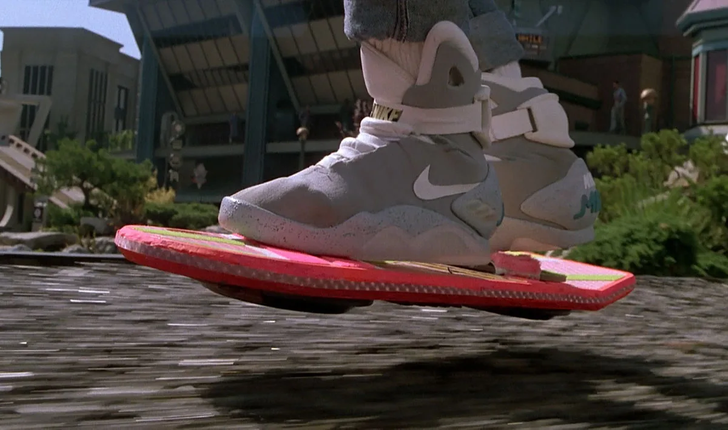 © Back to the Future Part II / Universal Pictures

The film Back to the Future Part II took us to the year 2015. It showed us the advances in technology that could have existed by that time (at least according to the filmmakers of the ’80s). One of the highlights was the pair of Nike MAG sneakers used by Marty McFly (Michael J. Fox), with a futuristic design. Despite their rising popularity, it wasn’t until 2011 that Nike announced an auction for 1,500 pairs of this model. In 2016, a new limited-edition of 89 pairs came out. In both cases, the profits were donated to the Fox Foundation for Parkinson’s Research. 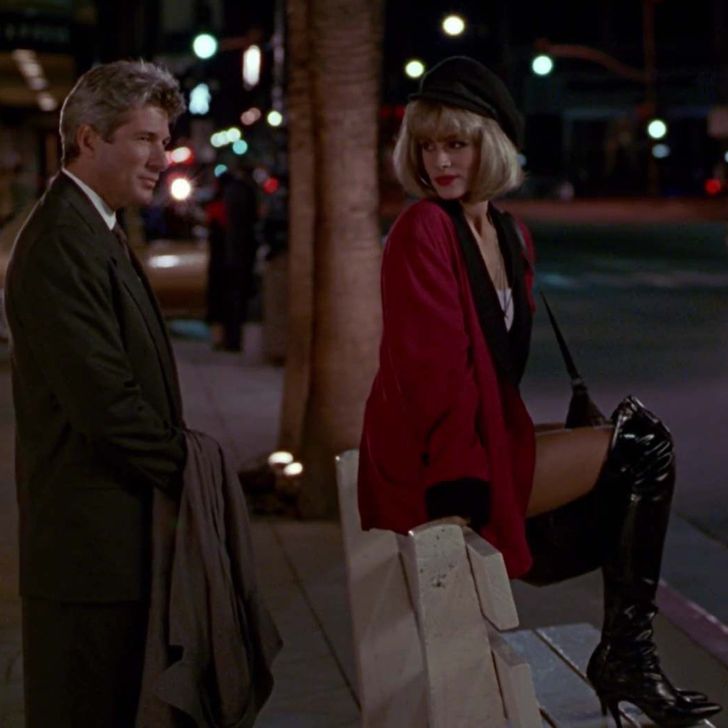 In Pretty Woman (1990), Julia Roberts played Vivian Ward and was not only successful because of her performance, but also because of her style. Her footwear was the highlight. The boots she used for her character were made of shiny leather, with high heels, and zippers that ran from ankle to knee. After the movie, many brands released their own version of these shoes. 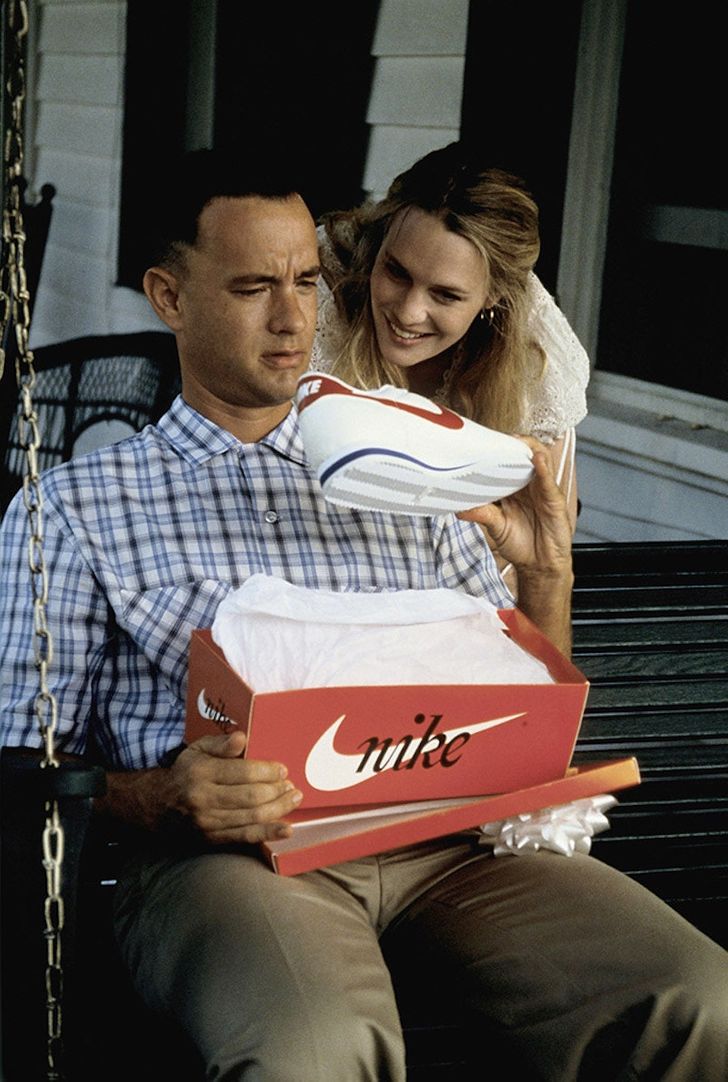 One of the many skills that Forrest Gump (Tom Hanks) had was running. He spent several days running across the United States in this pair of Nike Cortez Classic sneakers, which returned to popularity after their debut in the 1994 film. Designed in 1972 by the brand’s co-founder, Bill Bowerman, their lightness and durability made them a shoe that was favored by runners. Nike recently relaunched the classic Cortez and other variants of this model, featuring Bella Hadid as their ambassador. 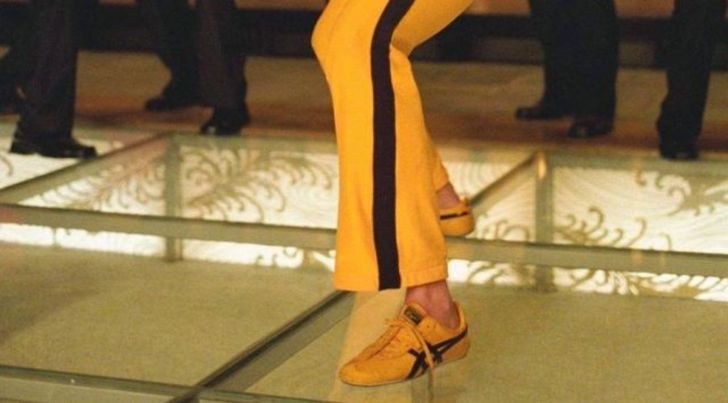 Almost everyone can remember the yellow outfit Uma Thurman wore for the 2003 movie Kill Bill: Volume 1. She combined it perfectly with a pair of Mexico 66 sneakers from the Onitsuka Tiger brand, created in the 1960s by Kihachiro Onitsuka, for Japanese athletes before the 1968 Mexico Olympics. Almost 4 decades after its launch, this footwear reemerged in popularity and the yellow pattern with black stripes remains one of the brand’s most distinctive designs to date. 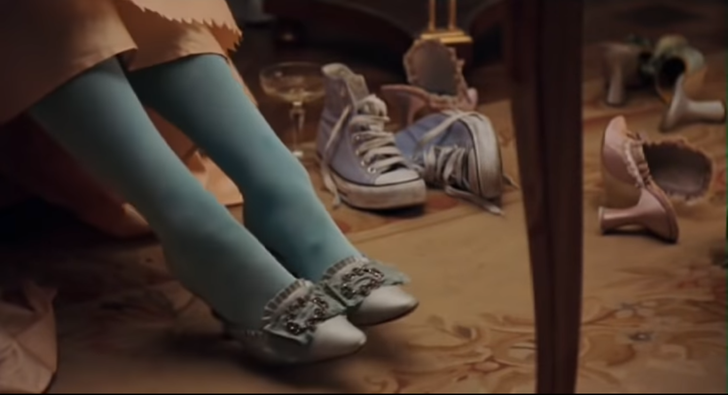 The 2006 film, Marie Antoinette, shows a part of the life of the archduchess of Austria, played by Kirsten Dunst, in 18th century France. In one of the scenes, we find a pair of Chuck Taylor All-Stars. In an interview with the director, Sofia Coppola, she explained that the scene was filmed for fun, but that they decided to leave the classic sneakers in. This detail didn’t go unnoticed, and the model is one of the best sellers in the brand’s official stores today.

The leather boots that emerge from the feet to all the way above the knees were part of the Chanel brand’s fall-winter show in 2005, which the film’s production made good use of. Although it is probably tough to get the identical boots now, Victoria Beckham recently displayed her own boots with characteristics similar to the model shown in the movie.

12. Hangisi stilettos (Sex in the City) 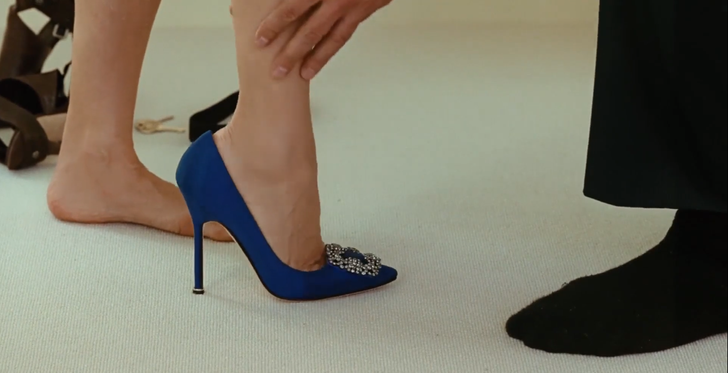 Carrie Bradshaw (Sarah Jessica Parker) was a woman who was obsessed with designer footwear, but above all, with Manolo Blahnik pumps. This was proven in the 2008 movie Sex in the City, where she appears boasting blue Hangisi stilettos, with a stiletto heel and a square crystal buckle. After the film, this design gained popularity and quickly sold out. These “Manolos” are still available on the official website of the Spanish designer brand.

If we want to talk about iconic footwear in cinema, there’s no way we can leave out Cinderella’s glass slippers. Of all the film versions, the pair from the 2015 film, which were worn by Lily James in her starring role, left everyone stunned. The heels were designed by the Swarovski firm, in collaboration with Disney, and they were made of solid crystal with a 6-inch heel. The effort was immense, but the disappointment was just as great when Lily revealed in an interview that the slippers didn’t fit her.

Which of these pairs of shoes would you like to have on your feet right now? Do you know of another pair of shoes that should be added to this list?