15 Unexpected Geography Facts They Didn’t Teach Us in School

Did you know that you can find yourself in 4 different places at once or play football on different hemispheres of the Earth? Did you know that there’s a point on our planet where people would have a really hard time finding you? Read this article to find the answers to these and many other questions.

Bright Side has found some geography facts that will impress even the most avid readers.

15. Football teams can play against each other in different hemispheres. 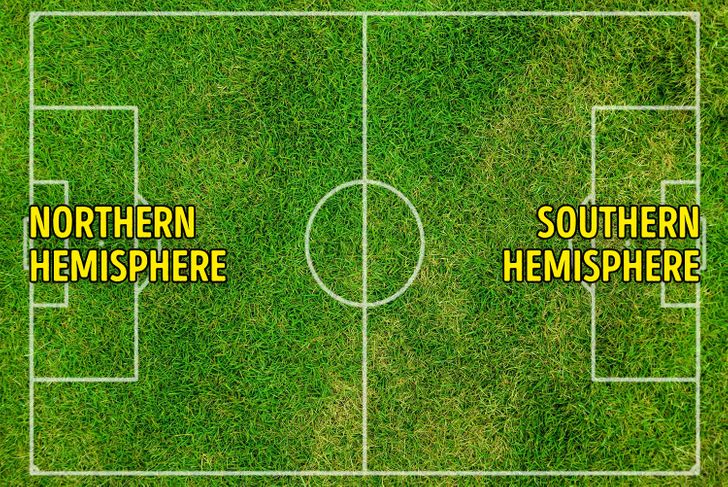 The stadium Estadio Milton Correa in Brazil is also known as Zerao ( meaning “Big Zero” in Portuguese.) The thing is, the stadium is located right on the Equator, so that both teams who are playing defend 2 different hemispheres.

14. Point Nemo is the most challenging point to reach in the world. 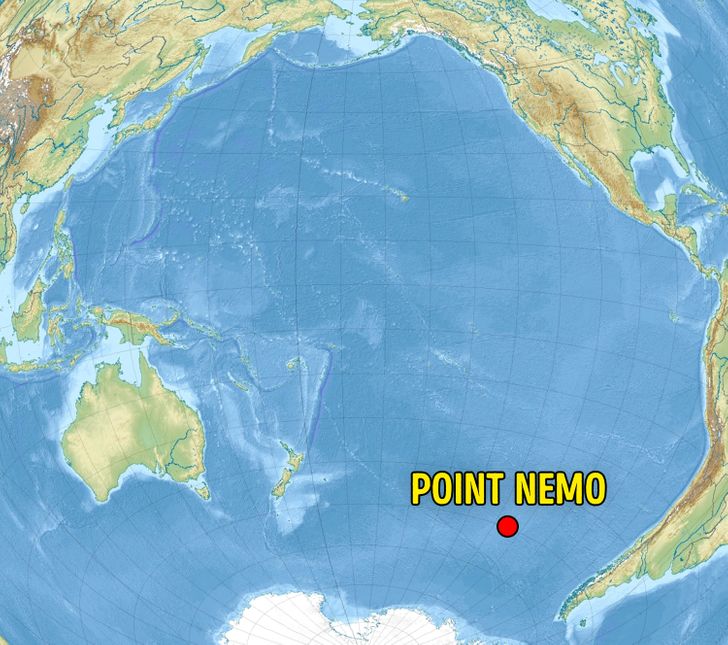 In the Pacific Ocean, there’s a point that is the most remote from any piece of land. The closest land is located 1,670 mi away. This place is also known as the pole of inaccessibility. The nearest lands are Ducie Island, Motu Nui Island, and Maher Island.

The point was named after the famous submarine sailor from Jules Verne’s Captain Nemo (20,000 Leagues Under the Sea.)

It’s so far from land, the nearest humans are often astronauts: the International Space Station orbits the Earth at a maximum of 258 miles away. 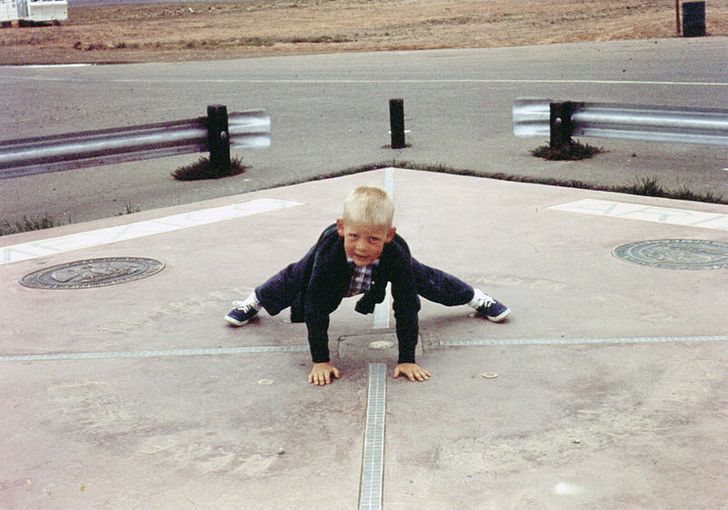 Four Corners is a region where Arizona, Utah, Colorado, and New Mexico meet. Thus, you can be in 4 states at once.

12. Glaciers store most of the fresh water on Earth. 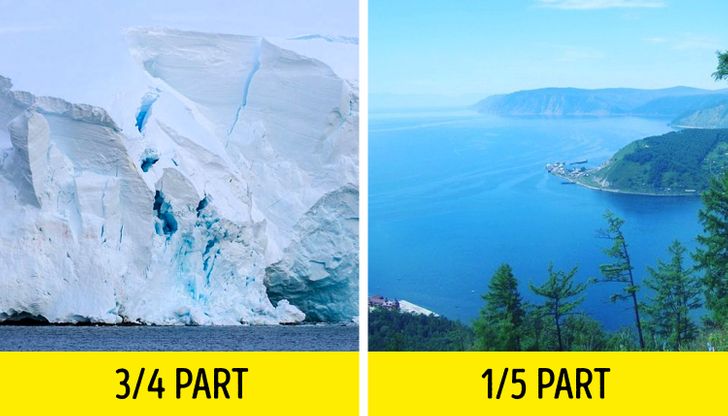 Around 10% of land area on Earth is covered with ice. Glacierized areas cover over 5.8 million square miles. These 10% store about 75% of the world’s fresh water.

If we consider only unfrozen fresh water, it appears that lake Baikal located in Russia contains 20% of the world’s fresh water.

11. The Dingo Fence in Australia is longer than the Chinese—Russian border. 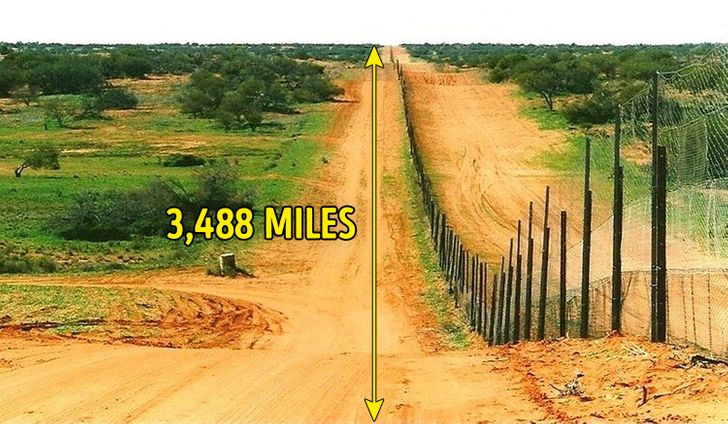 In the 19th century, sheep farming was an essential sector of the economy in Australia. In the 1880s, farms decided to build a fence that could protect the sheep flocks from dingoes. This fence is 3,488 mi long. By the way, the Chinese—Russian border is 2,615.5 mi long.

10. The world’s largest desert is located in Antarctica. 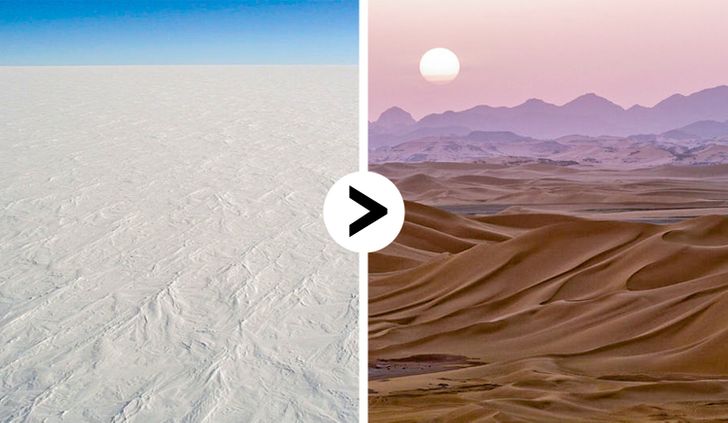 A desert isn’t always about hot weather and sand. In fact, a desert is a dry region, where there is almost no water, rain, snow, trees, or plants. Thus, cold regions can also be considered deserts.

The Sahara is the largest hot desert and the 3rd largest desert among all the deserts on Earth. 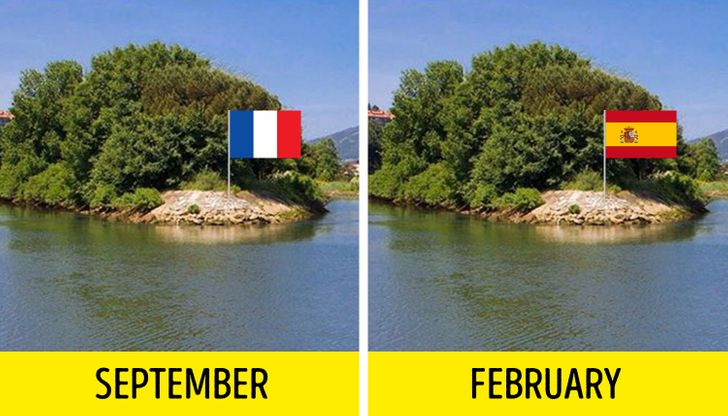 Pheasant Island is located in the river Bidassoa and is owned by Spain and France. For 6 months of the year it’s under Spanish rule — and for the following 6 months it’s under French rule.

The island is uninhabited and closed to the public.

8. The Dead Sea is below sea level. 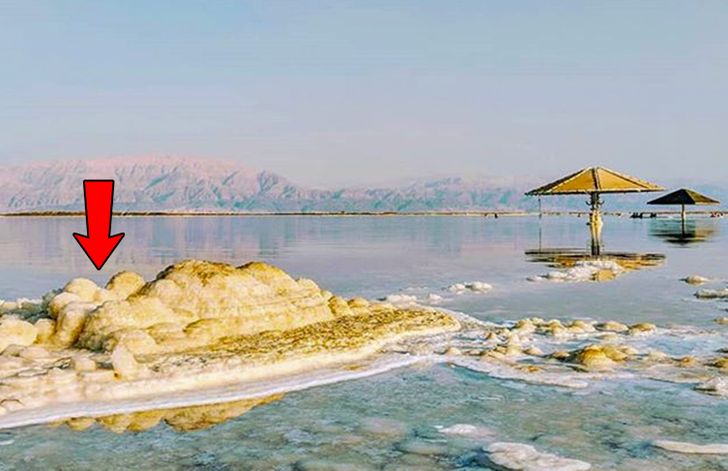 Levels of salt water are dropping by 39 inches (one meter) every year. Today, it’s 1,412 ft below sea level. 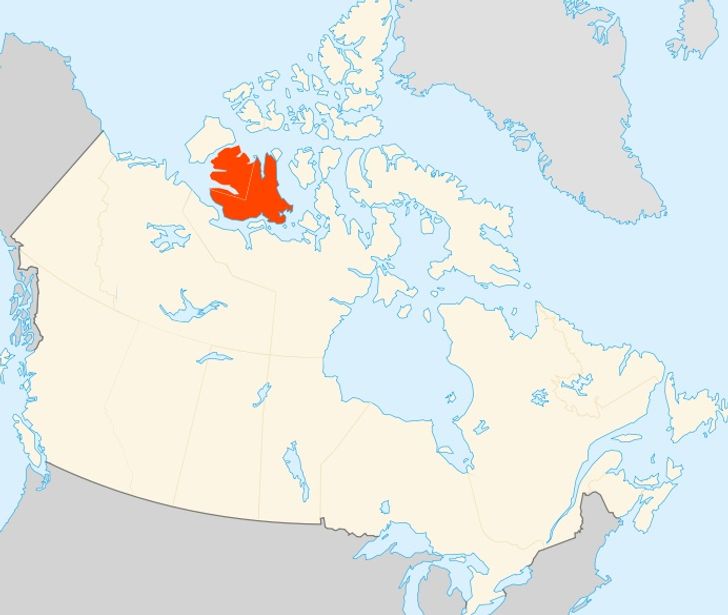 Victoria Island on the map of Canada.

6. Caves Er Wang Dong and Hang Son Doong are so big that they have their own climates.

Er Wang Dong is located in China. The current length of its passages is 138,251 ft. It’s so huge that it has its own climate and plants. Locals usually predict the weather by watching the cave. So, if it’s foggy inside, it’ll be rainy outside.

Hang Son Doong is located in Vietnam. Its depth is around 500 ft. There’s a river inside that floods some areas during rains. There are also plants and trees inside. 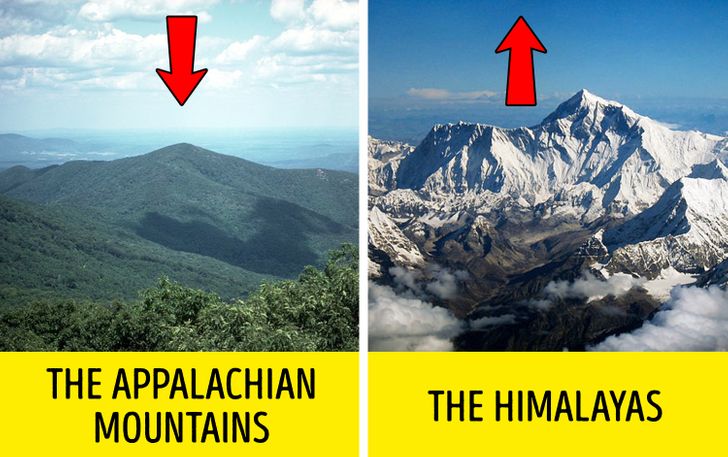 4. In Mauritius, there’s an area of sand dunes that has sand in 7 distinct colors.

You’ll have a chance to enjoy 7 different colors of sand: red, brown, purple, green, blue, violet, and yellow. These sands spontaneously settle in different layers. If you grab a handful and mix it in your hands, the sands will separate by their colors. 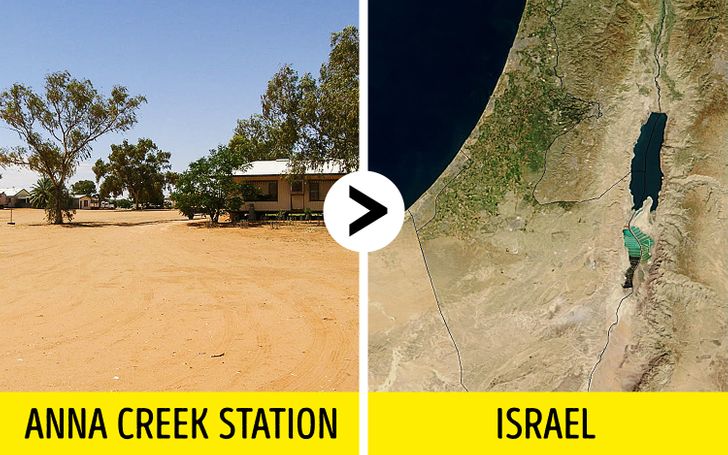 The station was established in 1863.

2. Everest isn't the highest peak in the world. 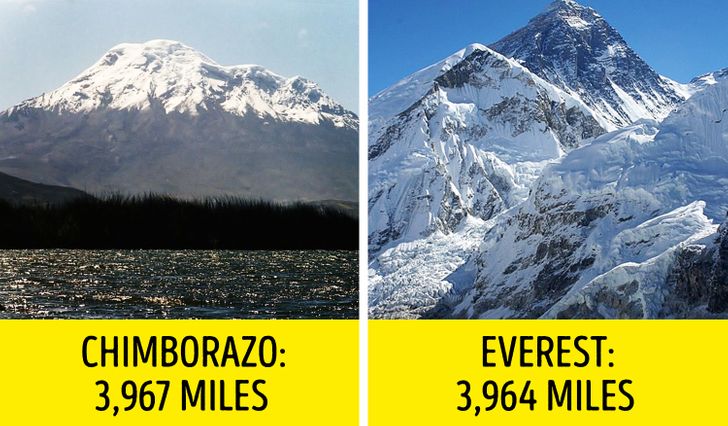 In fact, the Chimborazo volcano is a bit taller than Everest if we measure the height of the mountain from the center of Earth (Chimborazo is 3,967 mi against Everest's 3,964 mi). If we measure the height above sea level, Everest is 29,029 ft high. So, if we compare Everest's height from the center of Earth with other peaks, it wouldn't even be in the list of the 20 highest points in the world.

1. The Pacific Ocean is so huge that it contains its own antipode.

The antipode of any spot on Earth is the point on the Earth's surface diametrically opposite to it. Have you ever wondered which part of the other side of the earth is directly below you? If you have, you've thought about an antipode. 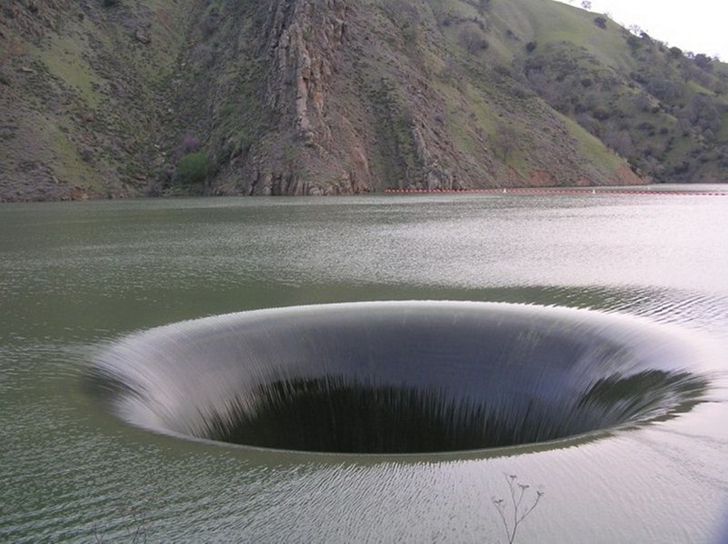 Here's the Monticello Dam drain hole located in Lake Berryessa, in Napa County, California. Locally, the spillway is also known as The Glory Hole. It was constructed between 1953 and 1957. The hole diameter is 72 ft wide. These constructions are used for dams to drain excess water during dry seasons. 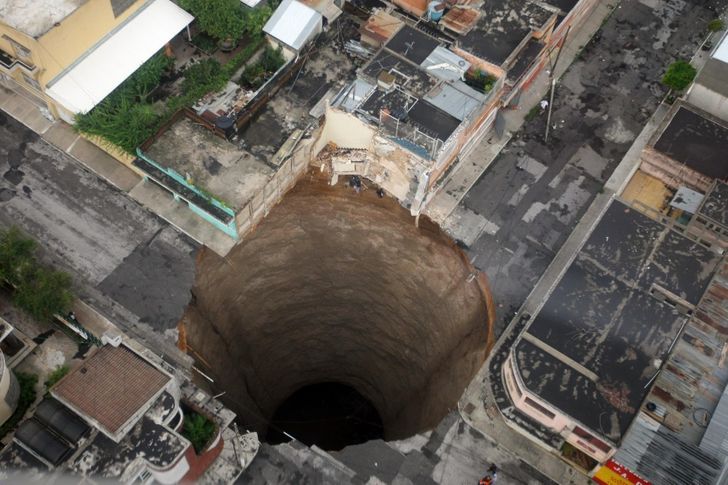 Scientists assume that this Guatemala Sinkhole was probably created by humans, not nature. Sam Bonis, a geologist, says that a burst sewer pipe or storm drain probably hollowed out the underground cavity that allowed the chasm to form. The sinkhole is estimated to be 60 ft wide and 300 ft deep. He also admits that the disaster was probably triggered by the deluge from tropical storm Agatha.

Which fact surprised you the most?