15+ TV Shows That Have the Best Pilot Episode

Even the best TV shows don’t always start out the right way. There’s no shame in that. But there are also series that nail it from the very first moment. Those episodes are rare and worthy of celebration.

Bright Side was curious to find out what Redditors’ opinions are on the best pilot episodes ever produced that deserve to be praised for surpassing all expectations. 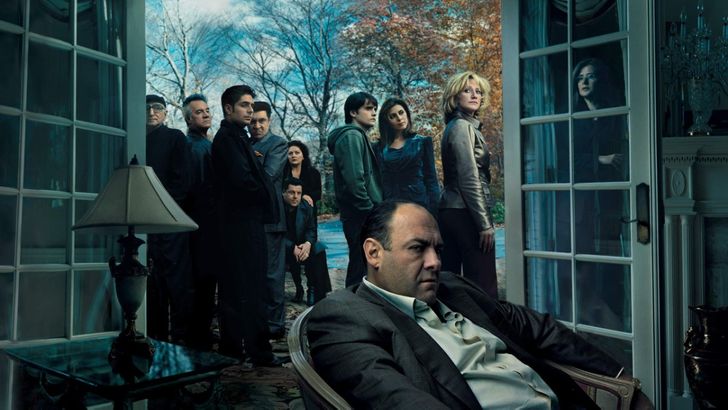 <p>The great thing about <em>The Sopranos</em> is that it’s considered a drama, but the quality of the comedy is top notch. That show set the tone for great dramas being able to make you laugh as much as they can make you cry your eyes out.</p>
InRustWeTrust 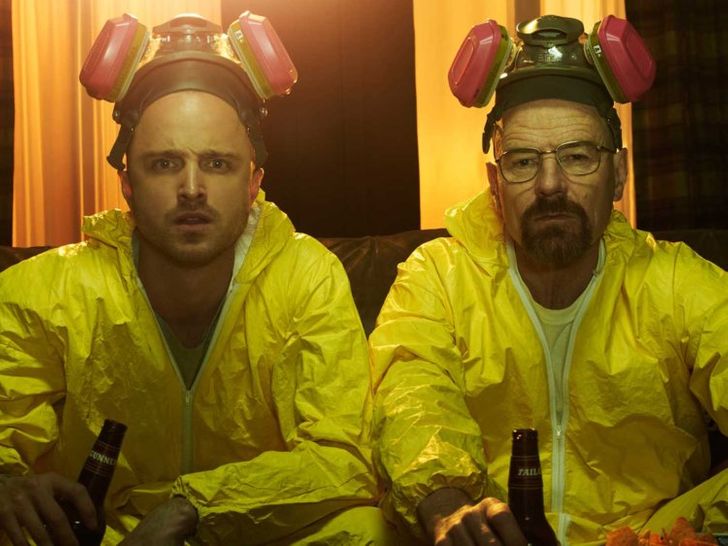 Breaking Bad starts off strong, with an avalanche of crazy events. Redditors were impressed with its intensity and boldness, since it had the potential to scare off viewers who maybe weren’t ready for all those insane things that happened.

<p>I forgot just how much craziness happens in the pilot alone, until I watched it again. I always remembered it as being spread out across a couple episodes but no, it’s all packed into the first hour.</p>
ihatebeez

Right from the start, Lost made Redditors ask themselves loads of questions, but never prepared them for all the twists and turns of the show. For the sake of the pun, we could say it made them feel lost in a maze they never wanted to get out of.

<p>It was so good it kept me watching the show for years, even after I lost interest, since I thought maybe one of the newer episodes could be as good as the pilot.</p>
UnableHighway 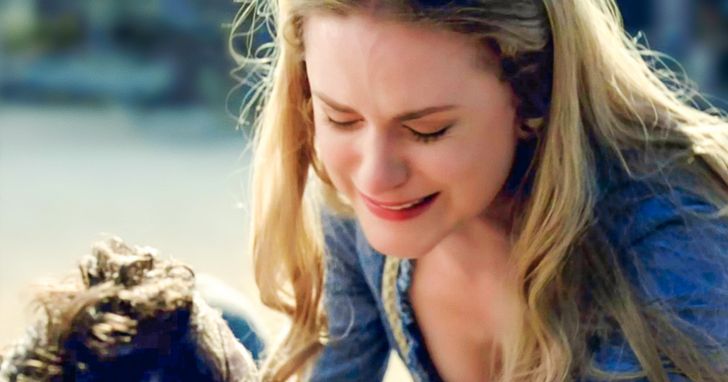 When it comes to the pilot of Westworld, Redditors think it has the “perfect combination of intrigue and mystery” that leaves a lot of unanswered questions to make sure you’re going to keep watching.

<p>The heavy ideas kept coming fast, one after the next and I thought, “Whoa, slow down and pace yourselves, guys!” but I was eating it all up throughout the first episode.</p>
juevos2go/ 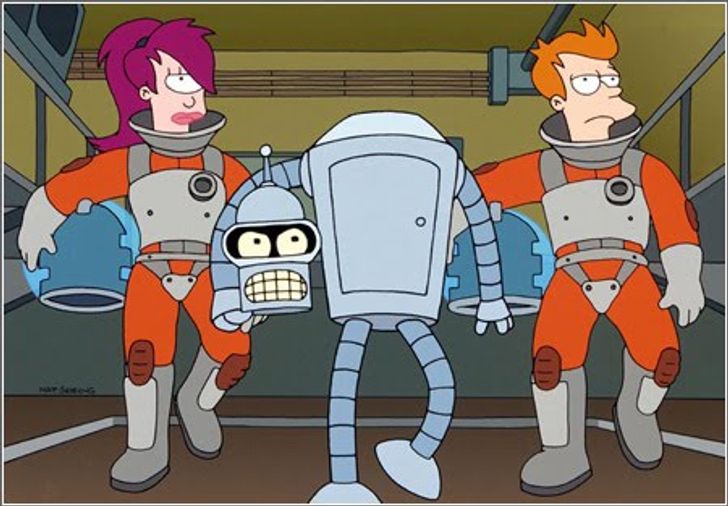 Futurama debuted in a sharp, audacious style, that made it an instant classic. What Redditors appreciate about it is that it “nailed the type of humor they wanted right from the start” and they consider it “one of the best animated series ever.”

<p>That show had me hooked from the start and 20 years later, it’s still an amazing pilot episode and series as a whole. It’s also pretty amazing that they set up something in the pilot that would be a major plot point many seasons later.</p>
-eDgAr- 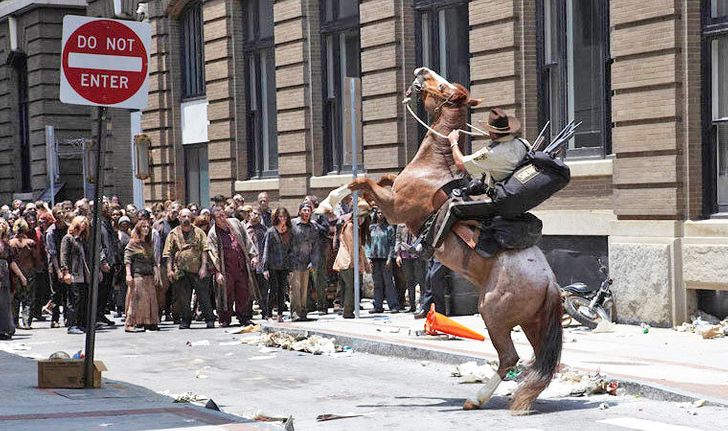 The Walking Dead’s pilot set a standard of quality that the show never matched again, according to many Redditors. It was “spectacular,” and viewers were blown away by it, still considering it “an all-time great pilot.”

<p>I’ve often said that if this episode was a bit longer, it could be a stand-alone movie. I’ve watched it many, many times.</p>
Kyle______ 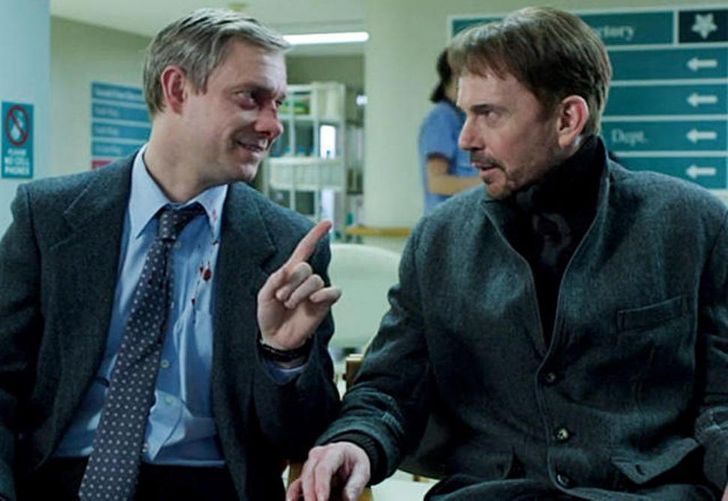 Fargo’s first episode is considered very fast-paced and shocking, the kind of pilot that gets you “hooked right in the right way.” The episode set up the lead characters’ quirky and fiery dynamic and impressed Redditors with its witty dialogue.

<p>The ending of the pilot was shocking and really set the tone for the rest of the amazing first series.</p>
baking_bad 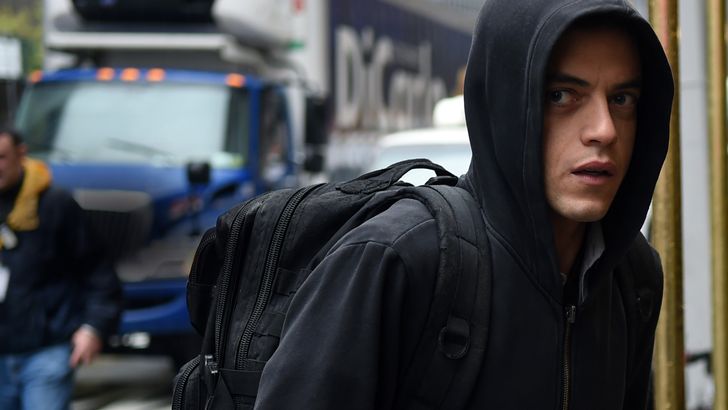 It’s safe to say that Mr. Robot’s pilot is at the top of Redditors all-time favorite first episodes. Being characterized as “amazing,” “ambitious,” and “a breath of fresh air,” it blew them away and kept them rooting for Elliot and wanting more.

<p>Coming from an IT field and having a TV show get hacking so right from the first episode was a breath of fresh air. After years of the cheesy graphical interface with a skull &amp; crossbones to represent hacking in movies and on TV, seeing a show consistently use realistic command line interfaces, IP addresses, software, peripheral devices, social engineering, etc... is amazing.</p>
https://www.reddit.com/user/Dragonace1000/ 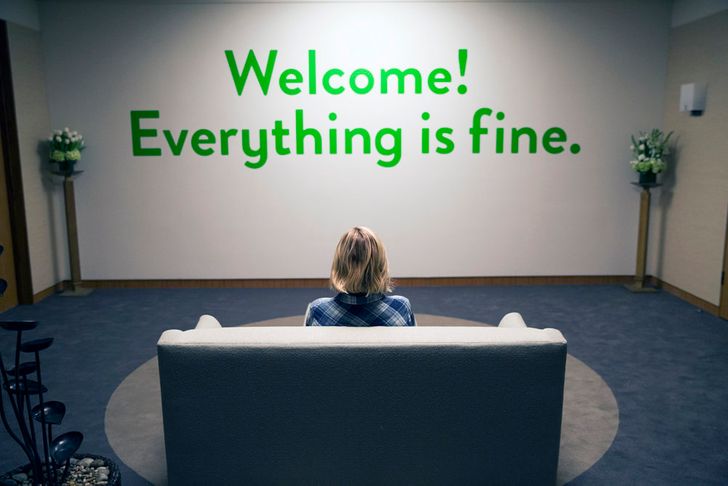 Redditors describe the pilot of The Good Place as a mixture of multiple cult movies and TV shows, but with a clever and playful twist offered by Michael Schur, its creator. Viewers find it refreshing and intriguing, with very well-written dialogues and characters.

<p>I was so hooked and binged the first season in like 2 days when I started watching it. I just love the show in general though. I feel like almost all of their jokes land and the humor is just so perfectly crafted and meshes well with the characters and situations they’ve created.</p>
zzaannsebar 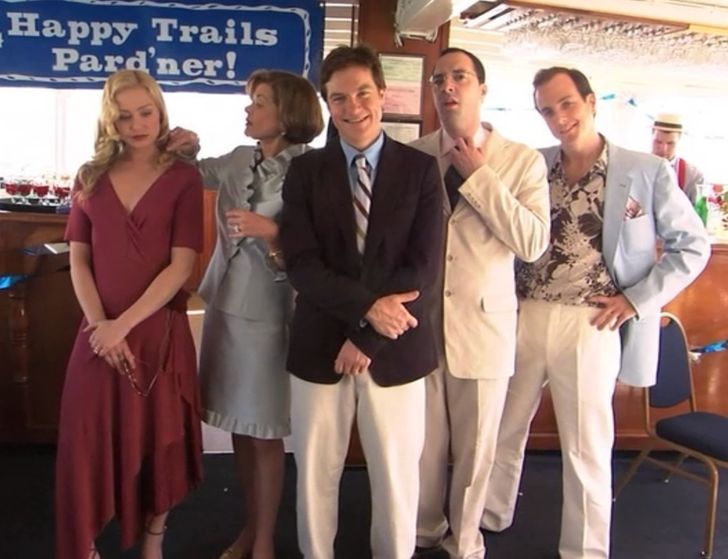 When it comes to the pilot episode of Arrested Development, what Redditors appreciate the most is how quickly it introduced every facet of the characters. In just a few chaotic minutes, one of the most hilarious and dysfunctional TV families ever is introduced to the audience.

<p>Every character was perfect right out of the gate. The rest of the show was just finding new ridiculous situations to put them in.</p>
captainwhatsit 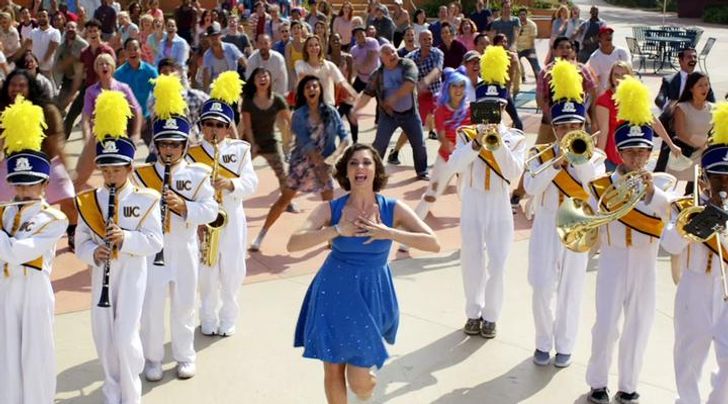 The pilot of Crazy Ex-Girlfriend has everything. From hilarious musical numbers to loads of dramatic, outrageous, and relatable moments and characters, it has succeeded in drawing many Redditors’ love and attention. And it’s not a vain promise, since they feel like the show is deserving of these feelings until the end.

<p><em>Crazy Ex-Girlfriend</em> had a perfect pilot. “West Covina” was great, and “Sexy Getting Ready Song” was fantastic. Also, Paula, being the rom-com trope of “bitter female coworker” for the majority of the episode only to subvert that trope with the ending reprise.</p>
LegoToTheBeachBeach 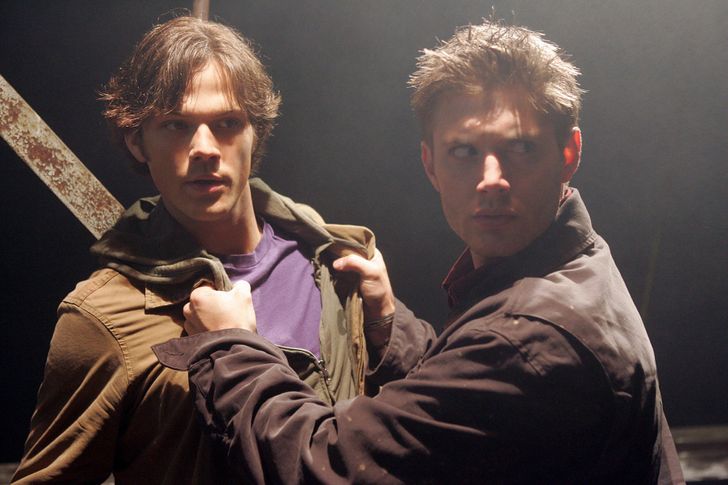 The first episode of Supernatural had everything Redditors could ask for, plus a couple of things none of them expected. Many of them agree that the pilot is “so well-written and cleverly put together” that it gets you “instantly hooked.”

<p>I think <em>Supernatural</em> has one of the best, if not the best pilot episode I’ve ever seen! I remember when I first watched it I was so pumped. At the end, when Sam said “we’ve got work to do” I was so excited to see what was next. Everything about the pilot was perfect, like that’s how you sell a pilot episode!</p>
CinnamonGirl94 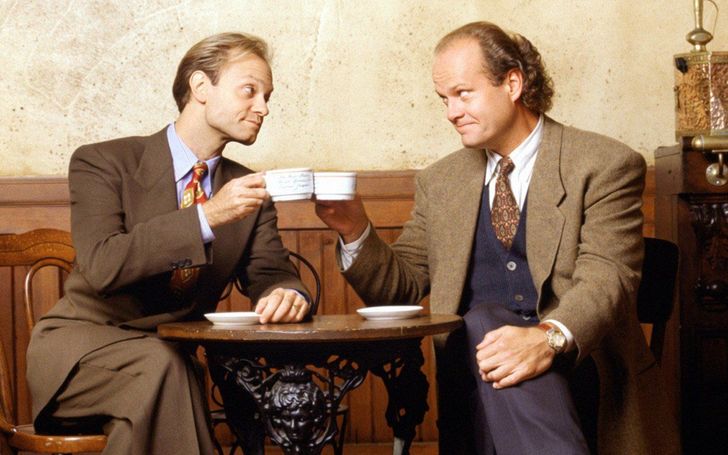 The first episode of Frasier perfectly showcased the characters and starts the witty conversation that the show is so loved for. The writing of this pilot is described by Redditors as “phenomenal” and “expertly crafted.”

<p>Not only did it set up every recurring character in 20 minutes, but we immediately understood the motivations of their relationship, and their arcs. The characters in the pilot episode created a solid foundation, and that foundation dictated everything that followed. </p>
ThePetOfKira 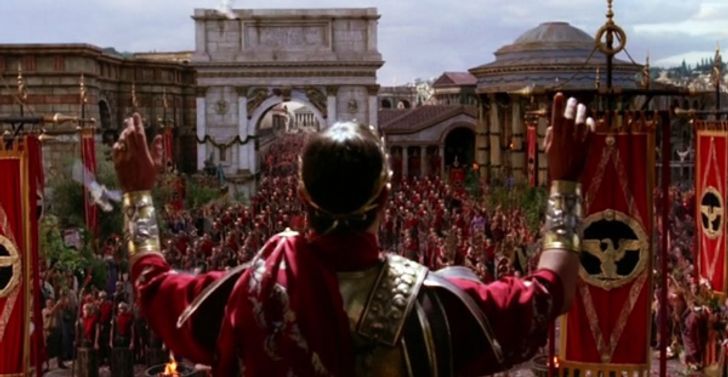 Rome’s mix of historical accuracy and personal drama amassed Redditors’ enjoyment right from the start. They feel like the show hits the ground running from the first episode, which has the mission to prepare the viewer for the intricate plotting and scheming the series has in store for them.

<p>I think it really captured the essence of the show/season in a very natural way. Channeling overall information through characters while also emphasizing these characters traits at the same time.</p>
Eniot 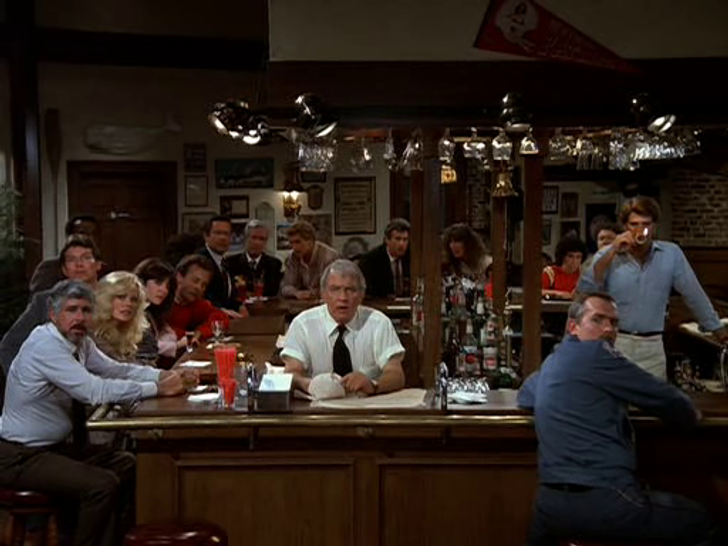 Cheers very first episode works both structurally and emotionally. Redditors feel like the pilot “had the characterizations and interactions down so well” and thinks that it has one of the best pilot scripts ever written.

<p><em>Cheers</em> has often been regarded as one of the best structured pilot episodes of all time. It introduces every major character smoothly, and you get to know them without having any over-the-top explanation of who they are, you get a sense immediately after they enter the scene. Extremely well structured and no character introduction feels shoe-horned in at all.</p>
ImThorAndItHurts 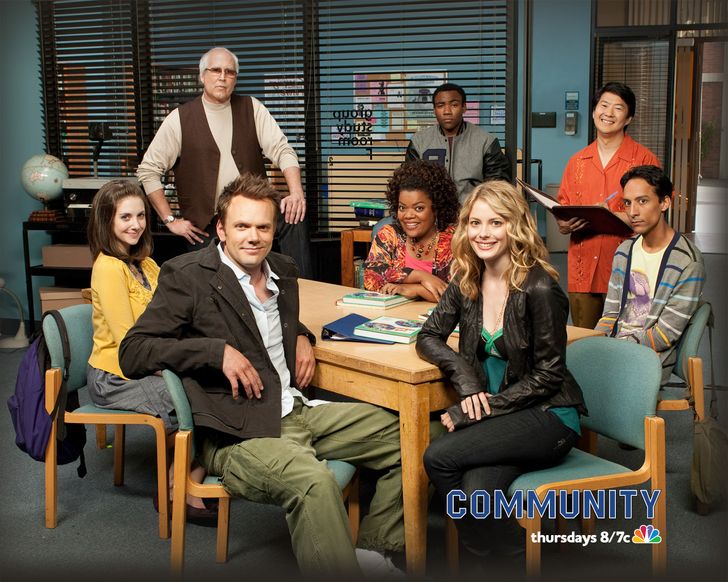 Redditors find the first episode of Community extremely quotable, which is always a good thing about a piece of television. Also, they believe that the pilot “gives a sense of character dynamics” and it teases where the show will go conceptually. Definitely, a “must watch” in their opinion.

<p><em>Community</em> introduces all the main characters, their backgrounds, and the direction of the show all in about 20 minutes.</p>
Blockyrage 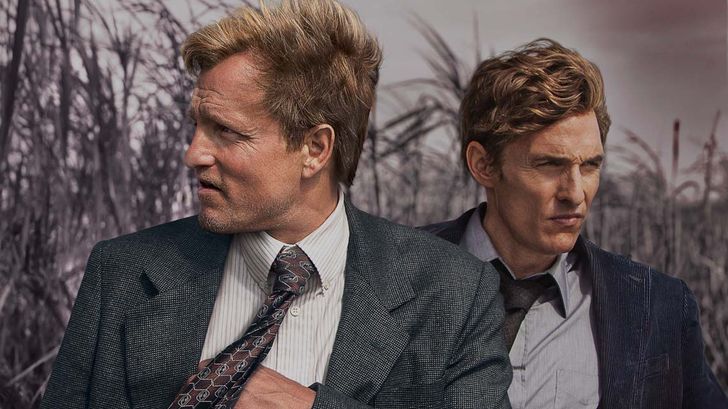 Redditors can’t overlook the great detail in True Detective’s first-ever episode. The dynamic between the main characters is mesmerizing and they make it clear that this isn’t “just another crime show.” The only question they have about it is, “What’s not to love?”

<p>It’s a piece of art, I’ve watched the whole thing (s1) 4 times now, that atmosphere, the amazing cast and dialog! It gets better each time I watch it.</p>
robcake

Did you spot your favorite pilot episode on this list? Tell us in the comment section. Also, please recommend any great TV shows you know, we’re always looking for something to binge watch!