What do you pay attention to when you visit your friend’s place? Some people look at the decor and the furniture, others look at the kinds of books that are on the shelves (if there are any books at all), and some people just play with the cute pet the person lives with. Few people actually pay attention to a mess even though it can say a lot about the person who made it.

Bright Side, together with clinical psychologist Arina Axenova and other specialized sources, analyzed what messes in different parts of a home may indicate. But bear this in mind: It’s impossible to make a conclusion about someone’s psychological problems based solely on the location of various objects in their house. 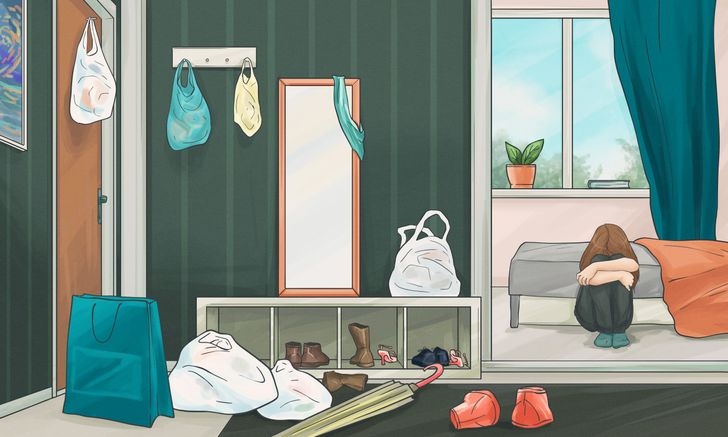 A mess near the entrance or in the hall of a home often indicates a fear of communication. By leaving bags, umbrellas, and other things in this part of the home, people block themselves from others. Such people have trouble meeting new friends, and big groups of people make them uncomfortable. It may also indicate chronic fatigue and a desire to finally get some rest. 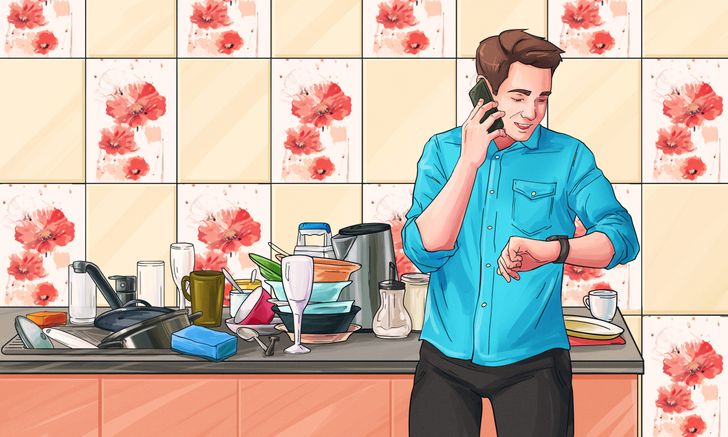 Loads of dirty dishes and filthy kitchen furniture indicate emotional instability. It’s possible that the owner of the apartment with a cluttered kitchen suffers from depression or anxiety. If this is true, it means that this person constantly has to overcome their demons in order to do the simplest things like taking a shower or doing the dishes.

Another possibility is that the person is narcissistic and frivolous. When presented with 2 choices — something they need to do and something they want to do — they choose the latter (this is why they postpone doing the dishes for a later time). They don’t think about the future often.

3. Shelves on a desk 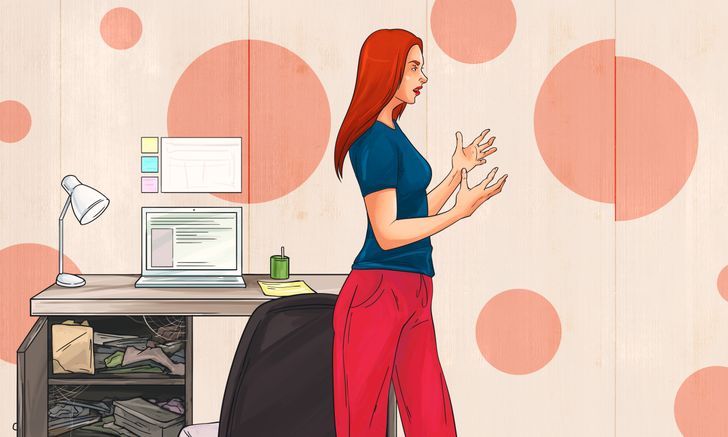 Chaos and trash on the shelves of the desk while the home itself looks clean means that this person is a perfectionist. Have you noticed your friend do something like this? They are most likely trying to do everything in a perfect way. Maybe they have unrealistic expectations that make them angry every time they are different from reality. 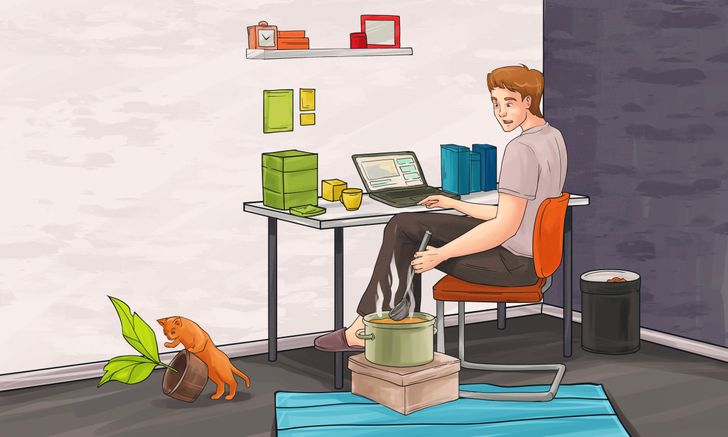 A desk covered with a lot of things may indicate that this person is creative or immature and likes to procrastinate. A desk where all the things are where they should be or grouped according to some criteria (like color, size, and shape) may mean that this is an organized type of personality. Such people are very careful and they like sorting things out. It means that this person might suffer from anxiety and a desire to control everything. 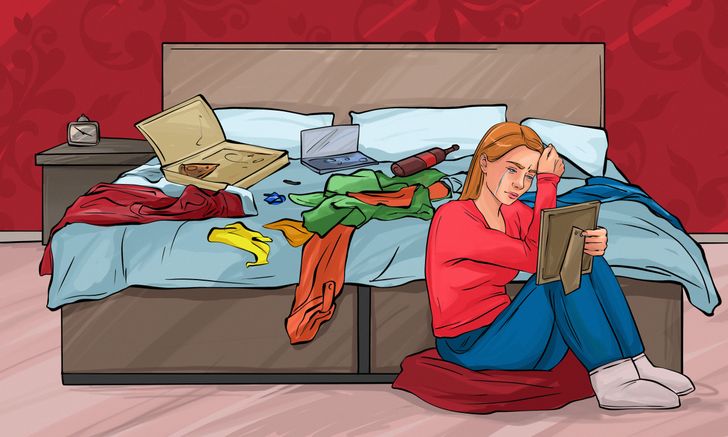 A person whose bed is covered with clothes, cosmetics, books, and dirty dishes might be dealing with private life issues. Maybe they had an argument or a breakup with someone, so they’re developing bad habits (like leaving trash in the bed) as a way to be distracted from their problems. This may also be a person who is alone and craves a relationship. The sleeping place is cluttered because it’s not perceived as something romantic. 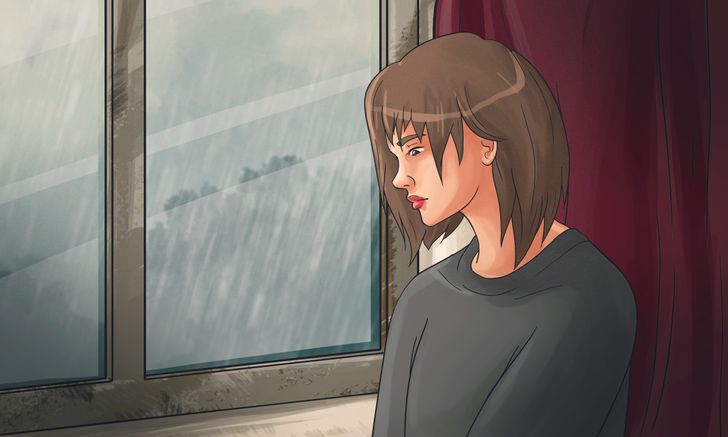 Dust on the windowsills and dirty windows create a sort of invisible shield between the person in the apartment and the outside world. The lack of desire to get rid of this shield may indicate either depression or an inability to look into the future. Such people often live in the past but turn out to be very sensitive and interesting to talk to. 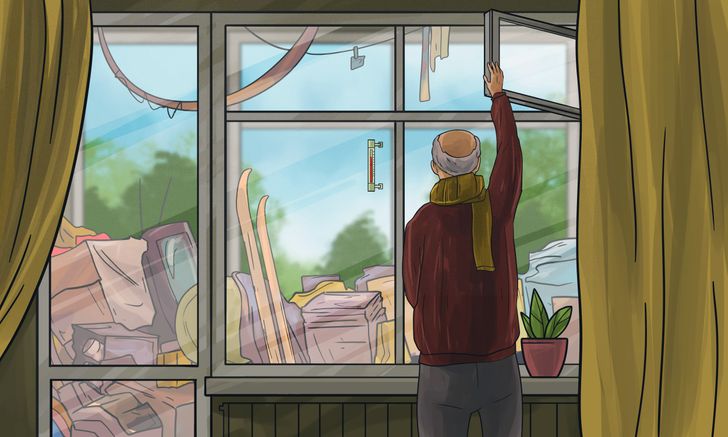 Many people have a lot of useless stuff in their garages and balconies. These are signs of fear: people are scared of losing everything in an instant which is why they keep collecting useless things that help them deal with their phobias and fears, giving them an illusion of safety. Problems with getting rid of useless things are signs of anxiety and the inability to make decisions. Most likely, this is a neurotic person.

8. The place in general 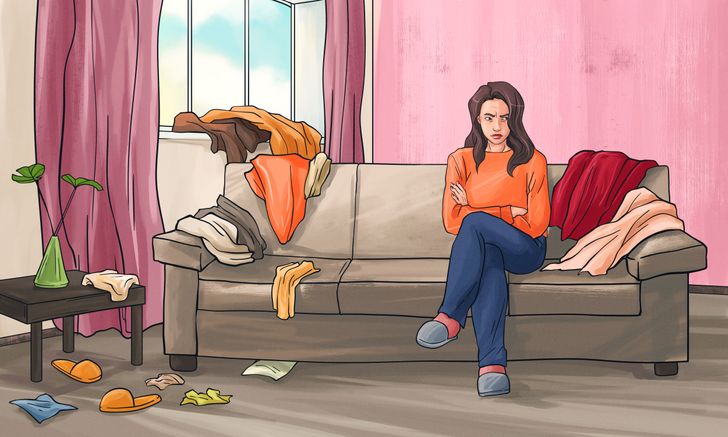 When a person makes a trash dump in a place that should be clean like under the bed, behind the couch, or a bedside table in the corner, it means that they’re really dependent on other people’s opinions. The home, in general, is clean but are there a couple of T-shirts on the chair all the time? Or perhaps washed clothes don’t get put away in their respective drawers for several days. Postponing routine tasks for a later time may be an indication of passive aggression. The reason for the messiness is anger that the person is trying to suppress.

Clutter in specific places is a sign of rigidity which can be translated to an inability to adapt to a situation. If a person stores useless things, it means that they’re not able to let go of their situation and instead, live in the past. It also means that they have weak willpower and have a hard time setting goals. 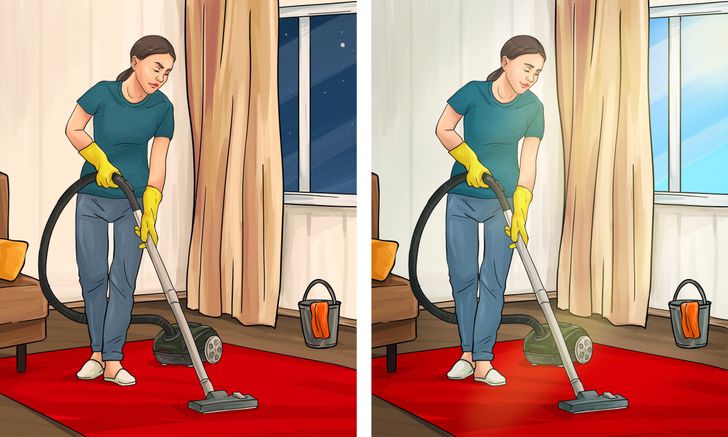 Routine activities (such as doing the dishes, washing the windows, and sorting things out) give you some distance from the things you don’t want to deal with. It’s a constructive way to deal with hard situations if you’re conscious about it and you can control the desire to clean up. You need to understand that the internal problems and conflicts won’t just disappear, it’s just a way to deal with them right here, right now.

But if you’re cleaning at 2 a.m. or you do the same exact routine every day, these compulsive behaviors indicate anxiety. It means that this person is a perfectionist and they’re trying to control everything.

Have you ever noticed a connection between a mess and one’s personal issues? What do you think about messes in a home?

Illustrated by Alena Tsarkova for Bright Side
151494
55k