In brochures, countries are depicted as pure paradise and the pictures are so incredible that you just can’t believe your eyes. But sometimes the fairytale scenery turns out to be dull. We don’t want to upset you before your well-deserved vacation, we just want to bust the myths about famous places to help you be prepared.

Bright Side has decided to show some popular tourist attractions the way they actually are. 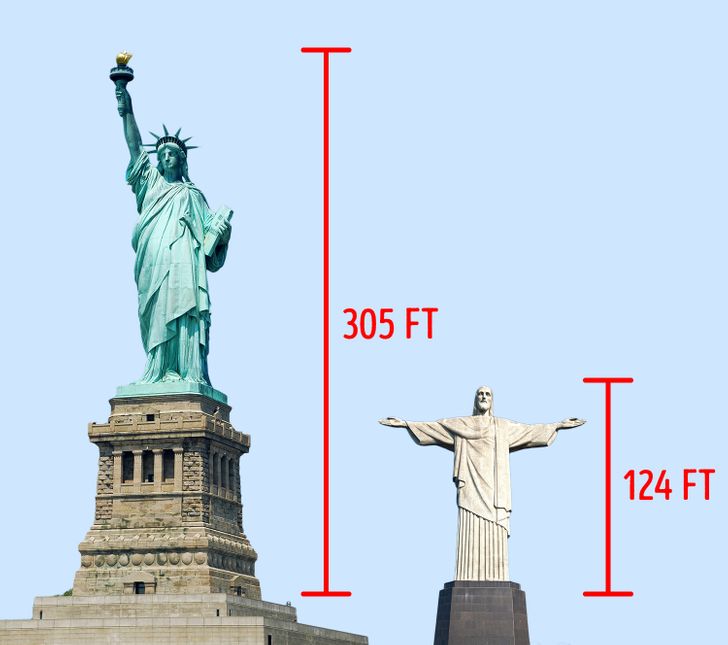 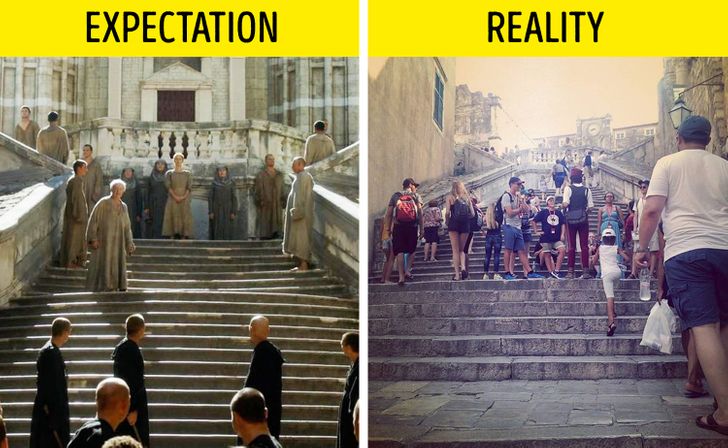 If you’re a Game of Thrones fan and you want to visit Dubrovnik to enjoy the places where your favorite scenes were filmed, be ready for crowds of people, especially in summer. The government has even decided to limit the number of people to 4,000 per day to protect the historic city center. 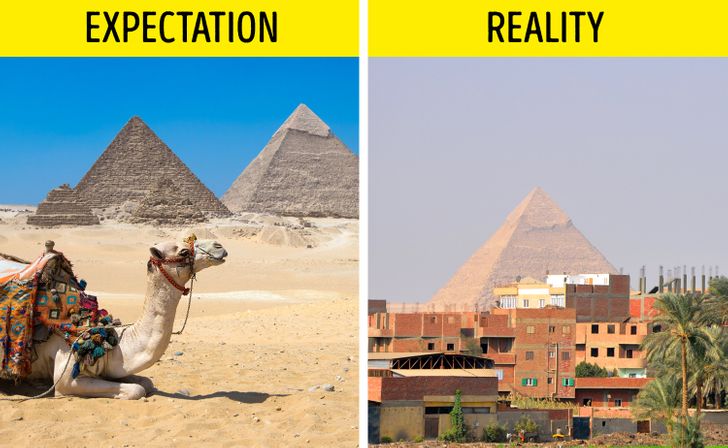 When we hear “Egyptian pyramids” we imagine a vast desert, the scorching sun, camels, and other Egyptian attributes. We can hardly imagine that these masterpieces are extremely close to a city but the truth is the pyramids are located on the outskirts of Cairo.

Also, there are millions of street vendors and cunning locals that can really spoil your impression of the ancient city.

Swing at the end of the world, Banos, Ecuador 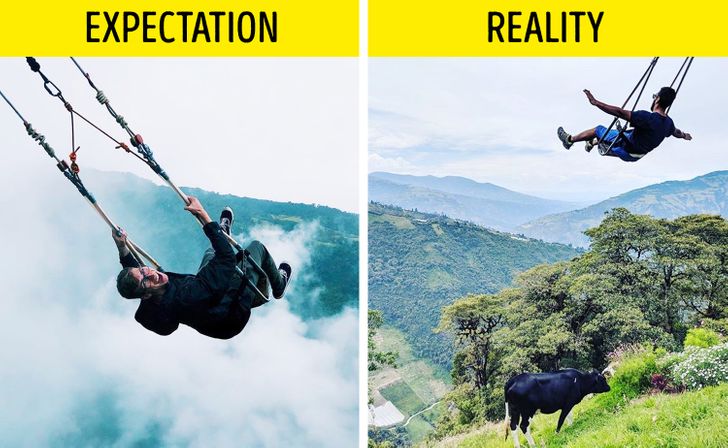 The famous swing at the end of the world in Ecuador is a good example that proves that everything depends on the right angle. When you look at these incredible pictures, it seems like there’s just an abyss under your feet but there’s actually just a steep hill. We still don’t recommend falling off the swing! 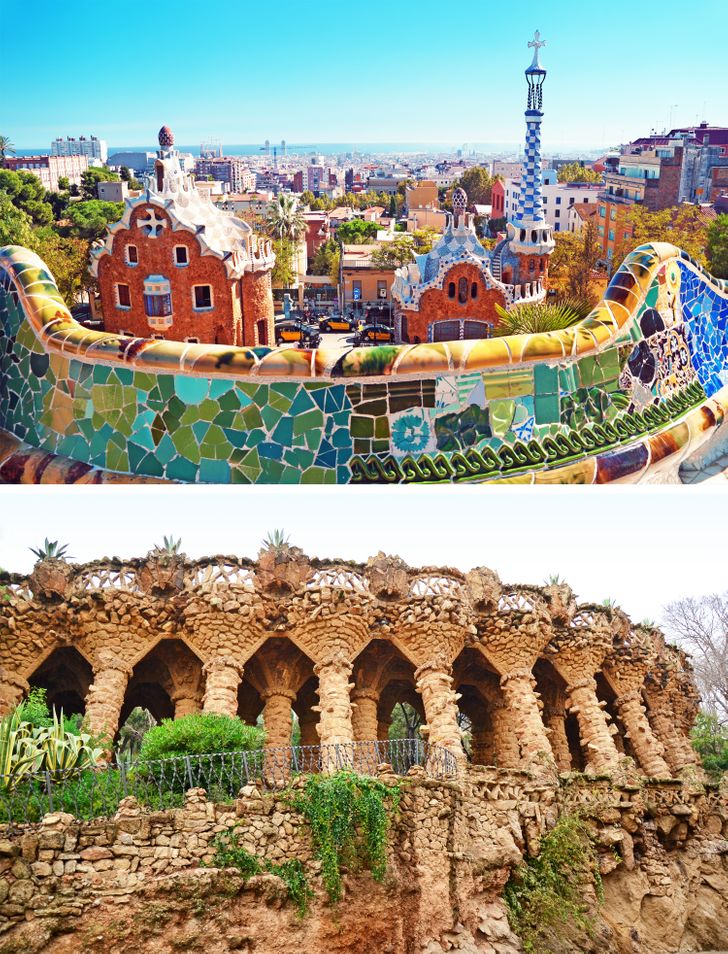 Almost every single brochure shows you the beauty of the gingerbread houses located in Barcelona. Those who’ve never been to Catalonia may think that the city is full of small cozy houses. But you’ll only have a chance to see these at Park Güell. The bad news is, there are only 2 gingerbread houses and you’ll have to wait in a huge line and pay €8.5 to get inside. We think it’s more reasonable to enjoy the magnificent view while standing on the observation deck. 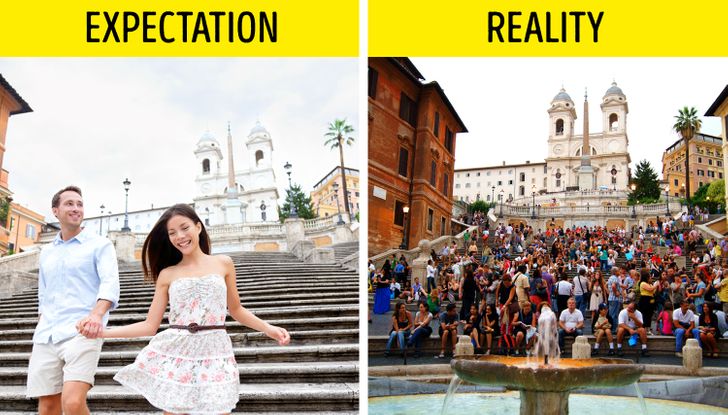 You won’t have a chance to run down the stairs holding your partner’s hand. You’ll actually be really lucky if you’ll manage to find a place to sit. Is that what you’re dreaming about? 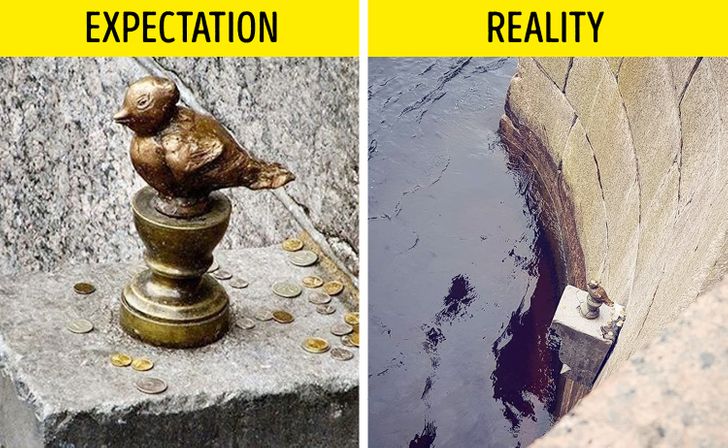 The statue of a bird located in Saint Petersburg will really astonish you with its... size. Not many tourists know how extremely small it is! But if it was bigger, everyone would be able to successfully throw coins on its pedestal and all dreams would have to come true. 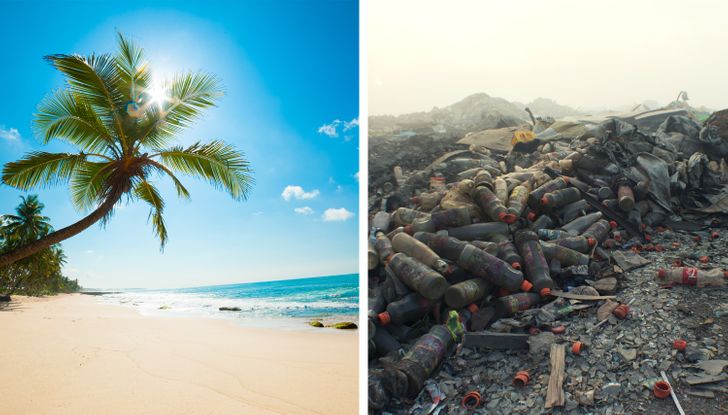 The Maldives aren’t just about blue skies, the sparkling sea, and soft sand. They’re also about Thilafushi, an artificial island that acts as a huge garbage dump. This island is used to collect all the trash left behind by tourists. Environmentalists say that more than 330 tons of garbage are brought to Thilafushi every day! In 2011, the government temporarily banned the transporting of waste to the island.

By the way, around 1,000 people live there nowadays. 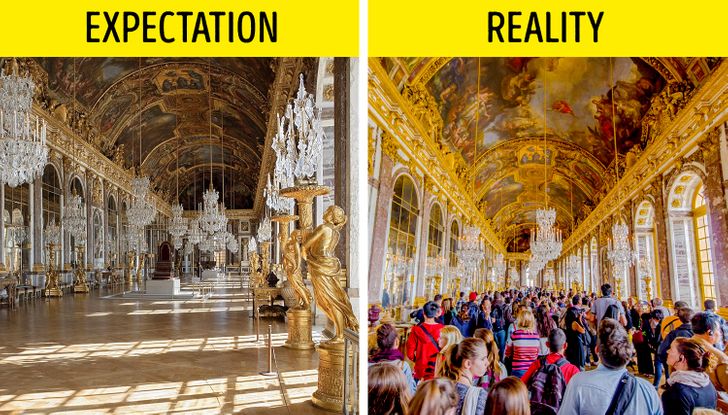 Don’t even think about taking a beautiful picture in the middle of the splendid Hall of Mirrors. You won’t even have a chance to take an ordinary selfie: this place is very overcrowded — you’ll just float down with the “stream” of people. 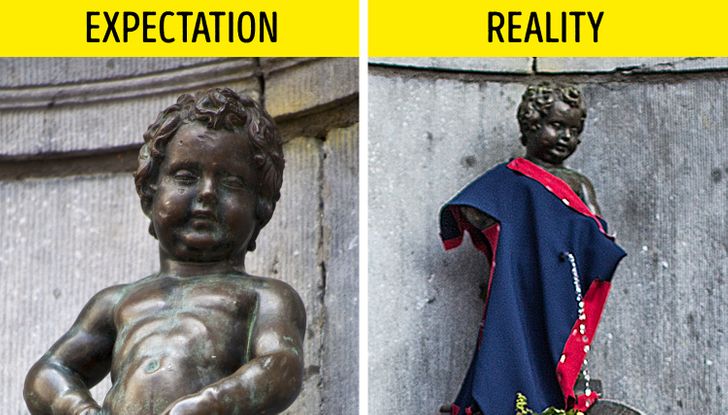 This statue may disappoint if you were expecting to see it completely undressed. In reality, the boy usually pees wearing different costumes. By the way, the process of changing clothes is accompanied by an orchestra. We personally think that this fact makes this statue even more interesting! 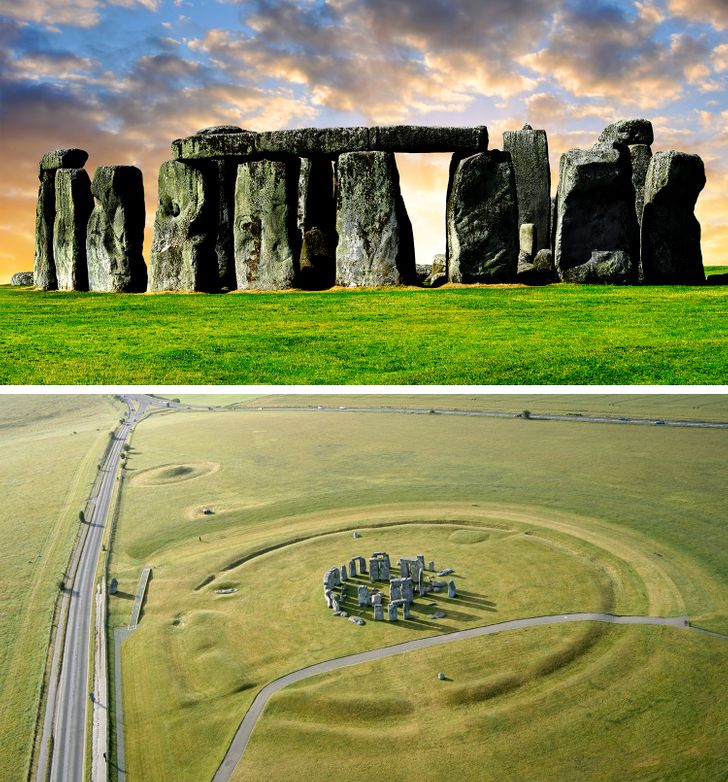 If you think that Stonehenge is located in a distant and mysterious place, you’re completely wrong. There’s also a highway that might spoil your romantic idea of how it will look. 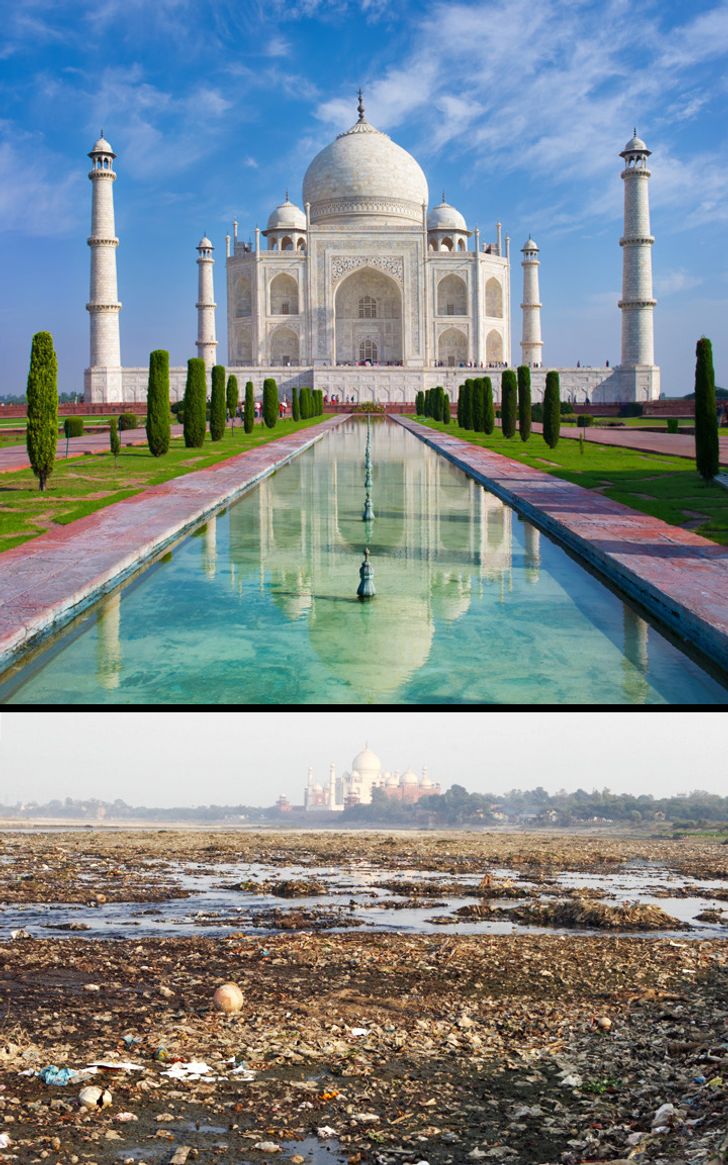 On the internet, there are millions of pictures of the gorgeous Taj Mahal surrounded by incredible views. Unfortunately, it’s located near a huge garbage dumping ground. It used to be a spot for tourists, but the area has now become a home for dogs, mosquitoes, snakes, and vultures and now seriously interferes with the beauty of the Monument of Love.

Have you ever been to these places? Did you enjoy the views? We still hope that you’ll be really thankful that life gives you such an incredible opportunity and you’ll only notice the good things, because the world is just amazing!